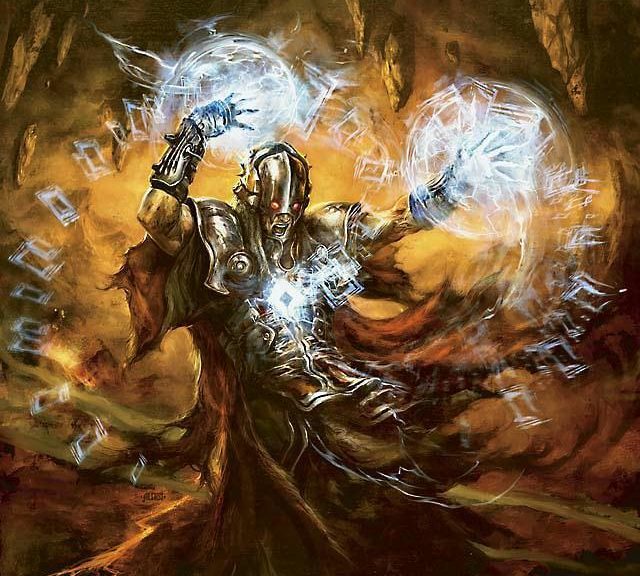 I don’t list this among my biggest MTG Finance regrets or talk about it often, and the thing was pretty beat up. Besides, $50 was a good price for it back when I sold it. This was during a period where I was having a hard time justifying all of the money I had tied up in a Legacy Maverick deck (that should tell you the year) that had as many German cards in it as I could find. I didn’t want my deck to be foil so I figured German was a good way to make the deck look sexy. I was most of the way done when I sold the whole thing and one of the last English cards, a jacked up Gaea’s Cradle, wasn’t a card I cared about.

A few years later, I got into EDH. I feel like I could really use that Cradle now. Lots of decks I run could use a Cradle and I could build a few I’m holding off on building, also. I come across Cradles, occasionally but I always quick flip them, never letting myself divert that much money from my business to my personal collection just so I can make my Prossh deck a teensy bit better. If Cradle were $20, though? I’d probably buy 10 of them. Even though I won’t spend $200 on one card (let’s pretend I wouldn’t pay buylist), I’ll spend $200 on 10 cards. I realize that Magic player Jason is a poor but that’s because player Jason would have to either embezzle money from financier Jason’s business or divert money from Dad Jason’s kid’s college fund. Fortunately, she’s a year old and still doesn’t know her own name, so it’s possible that college fund could become discretionary spending in no time.

I don’t think my experience is uncommon. Could I break off two hundo and throw it at some cardboard? Sure, but I’m loath to do that, especially for a bulk rare format like EDH. For $200 I could basically build an entire new deck, and a good one. I don’t think this is uncommon for EDH players, especially those who don’t come across as many copies of cards as I do, aren’t able to pay buylist prices as often as I am and aren’t cash money dolla billionaires like me. If you have a life outside of Magic like I don’t, you may just not even consider certain cards because while they’re great, they’re probably not necessary.

I think this is important because I think it means people can treat cards like Gaea’s Cradle like Dre and forget about them. When you neglect a card for so long that you forget about it, you’re unlikely to remember to include it in the lists you draft, even if you never intend to build those decks. Those cards end up underrepresented on sites like EDHREC and Tappedout and suddenly you have an underestimation of the demand of a card. I think there are cards that are in higher demand than some of our metrics indicate and that this could lead to them recovering faster from reprints. I think that’s worth knowing.

Some of these will be predicated on me guessing that they’re in Modern Masters 2017, but I feel like I have pretty strong justification for thinking this and I’ll support my conclusions. I also realize this is a lot of writing with no pictures, so I am going to type “hidden demand” into google and see what comes up. 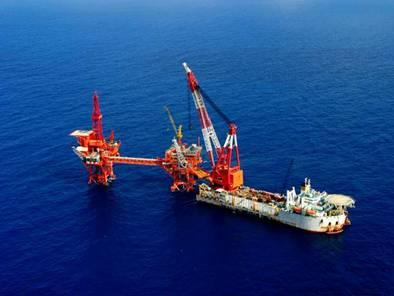 So before I launch into which cards I think have demand that is understated and which could recover faster than other cards, let’s look at a few cards haven’t been spoiled but which I think will be in the set.

Adam Prosak wrote a sweet article where he talks about design (and also spoils Damnation, which was all appreciated) and there is a relevant section that got me thinking a lot about what I expect to be in the set.

We have seen some of those archetypes shape up. Blink got Restoration Angel, Deadey Navigator and Snapcater Mage so far, Control has gotten Damnation, Temporal Mastery and Inquisition of Kozilek and both got Venser. Similarly the Populate decks have Seance and Thragtusk, the token decks have Goblin Assault and I think there is a creature that could go in either one of those decks. Based on them wanting a ton of small tokens and a way to make them bigger, I’m predicting the following. 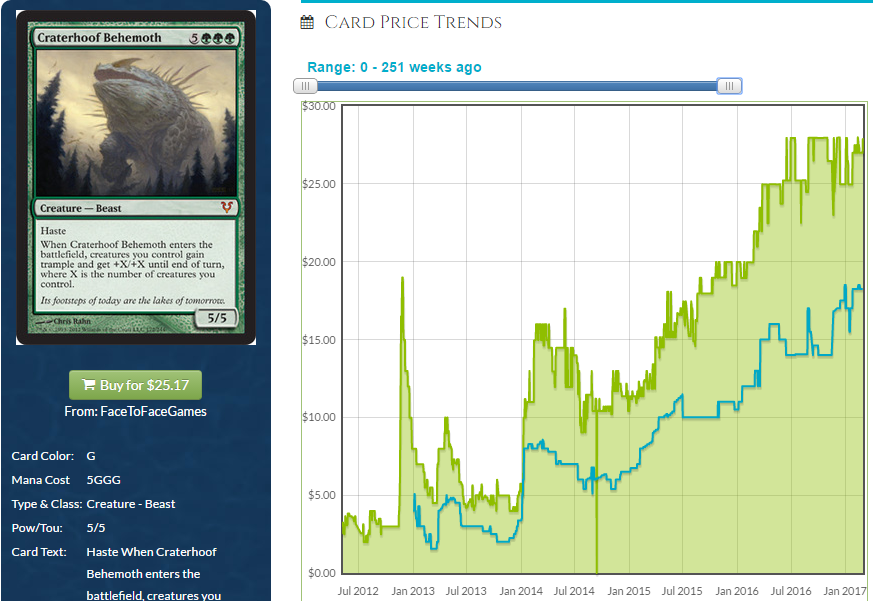 Hoofy is a big card that wins games, but with that hefty pricetag, it’s tough for players to justify jamming him. Honestly, this is a contributing factor to the price of a card like Triumph of the Hordes. Wizards has also tried to give us cards like Decimator of the Provinces which is a poor facsimile for the Behoimoth but which will do in a pinch. Players jamming cheaper alternatives to the best card for the slot will cast aside their budget beaters once Craterhoof becomes affordable. There are players basically playing placeholders for this card without even knowing it. And if a player who didn’t have the money to break off to take themselves to hoof town can suddenly afford it, they might just jam both. The point is, the numbers for this card in terms of recent inclusion in decks belie the high price and I think that indicates pent-up demand.

Tarmogoyf is a bad example of a card to use as an example of what happens to prices from a Modern Masters set when there is a lot of demand because dealers manipulated what happened with Goyf by being able to buy a significant percentage of the Goyfs opened in Modern Masters total by being at GP Las Vegas twice when there was a huge Modern Masters event (something that’s not happening this year). I don’t see Goyf being in the set but Goyf did show us that pent-up demand can sometimes overwhelm supply. We saw the same thing with cards that weren’t bought quite as aggressively as was Goyf, and those graphic trends will likely be repeated with cards like Craterhoof. 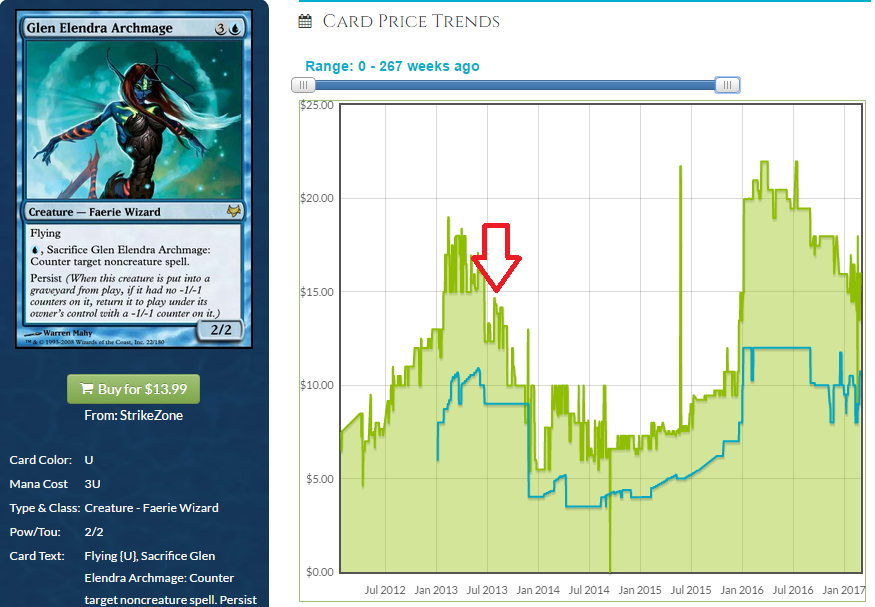 Archmage (transiently, but still) actually exceeded its original price after its Modern Masters printing. I don’t expect that will happen with Craterhoof, necessarily, but I think it’s good to demonstrate that cards with a lot of demand (Archmage’s came from Modern) can rebound prices more than we’d expect.

By all accounts, dealers are getting WAY MORE of this product than they did of Modern Masters 1 or 2. Is this in part to the fact that they’ve foolishly opted not to have a big, kickass Modern Masters tourney at GP Vegas which is a few months away? Possibly. But given how many stores there are and how many boxes they’re able to order, I’m willing to be that we’re seeing a huge growth in the print allotment due to the tentative Modern Masters printing and the slightly braver Modern Masters 2 printing not pulling a Chronicles with the game.  Either way, there are likely to be more packs of this set opened at your LGS. Recovery of cards, especially non-mythics will be tougher than before. We’re unlikely to see prices go up after this printing the way they did in the past. On the other side of the coin, it’s unlikely it will be as difficult for rares to recover from a printing in this set than, say, a set like Khans of Tarkir.

There are other cards in the set that I expect have some understated demand, and if they dip a lot, like I expect them to, I expect you’ll be competing for cheap copies with a lot of players who were excited to be able to get them cheap enough to play with. 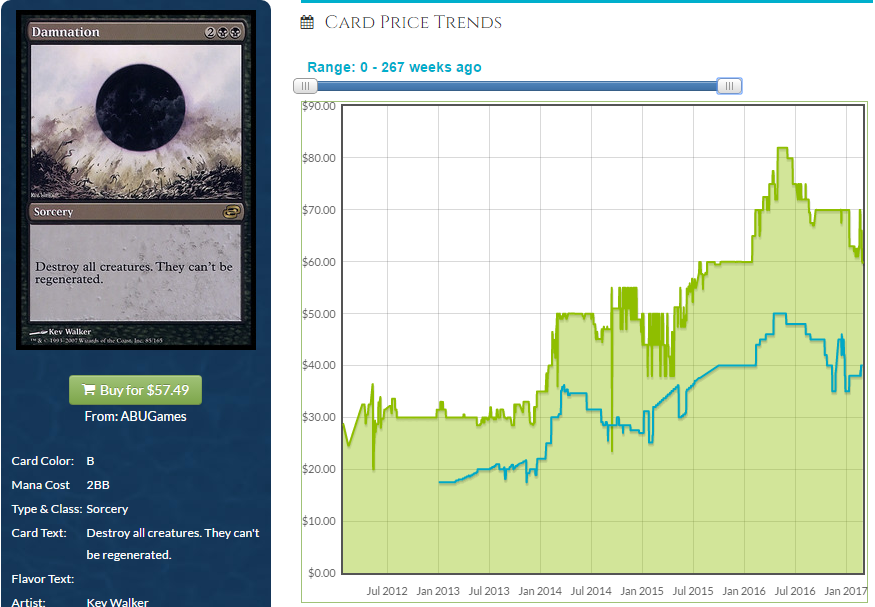 Damnation has to have been the #1 card requested by the EDH community, which is sort of funny to me. I’d much, much rather have cheap copies of Phyrexian Altar, a card that really needed a Commander 2015 printing and didn’t get it. However, EDH players have been clamoring for this card forever. It’s just not reasonable to pay $70+ for a $5 card that happens to be a different mana color. Damnation is a card that EDH players are happy to jam in their decks in a world where price is no object but it’s so expensive money-wise that they’re going with alternatives that are expensive mana-wise. While it’s obvious that Toxic Deluge can mostly get the job done and Decree of Pain is much better, people just want to pay 4 and wipe the board. Competitive players tend to gravitate to lower-mana-cost spells as well because their games are usually tighter. This is good news because if casual players buy the copies under $30, competitive players are more likely than casual players to continue to buy copies at a higher price, ensuring the recovery goes more smoothly than people are imagining. Make no mistake, the floor is going to drop out from under this card. However, I think people are counting on it not to recover, and I’m not so sure that’s the case. Don’t count this card out because there’s hidden demand that is going to make itself known very soon. 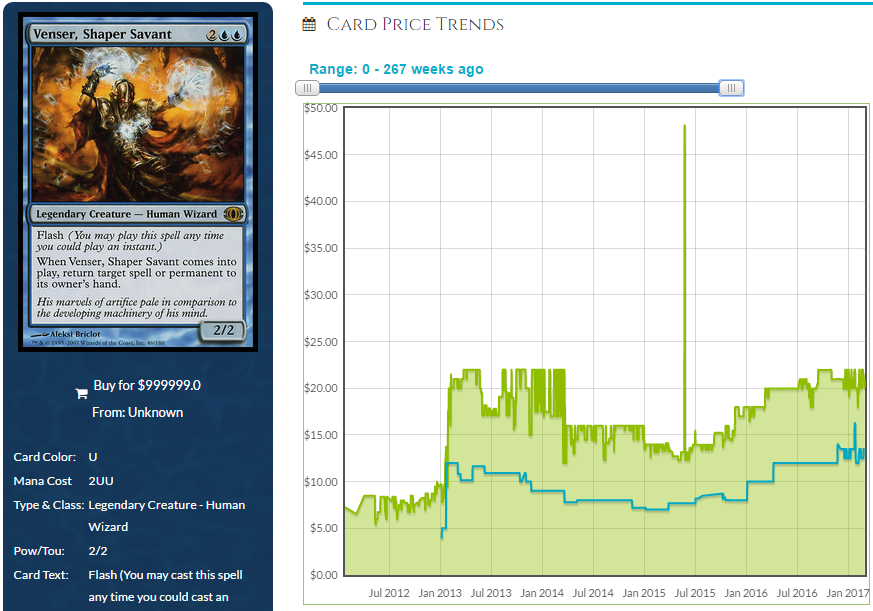 I’m not speculating here, we know this card is in the set, but we are speculating about the percent of the demand that is from EDH and the percent that was predicated on it doing well in one deck that no one plays anymore in Modern one time. Its inclusion numbers on EDHREC look very healthy and it’s a component of a lot of devastating cheaty decks like Roon and Brago as well as some of the spikier decks like the new Teferi Chain Veil shenanigans. However, when it spiked as much as it did, and not predicated on its EDH demand at all, price memory kept the price high and it priced a lot of EDH players out of the market. There are plenty of people who would play this card if it were cheaper who are staying away. Cheaper copies would encourage them to buy in. I also think this card is being propped up by scarcity more than people are aware so we may see these two effects – artificial high from a Modern-based buyout and price memory combining with some unexpected demand from players who can’t justify playing $20 for a Remanderang with feet. This card is a little healthier than we might think.

I think as more and more cards are spoiled, we should keep an eye on cards that were very expensive and are about to not be. In particular, cards that are from the pre-mythic era that aren’t getting a rarity shift to mythic. I think there’s more value in determining which cards we want to target at their price floor. For example, I expect Voice of Resurgence to be in the set but I’m not as excited about buying those at their price floor as I would Craterhoof. I’ve made a lot of money on Craterhoof, twice and if I can do it again, I’ll be living the dream. We’ll have some more to discuss next week as reprintings make entire decks buildable that might not have been buildable before and we’ll have a lot more targets to discuss. Until next time!