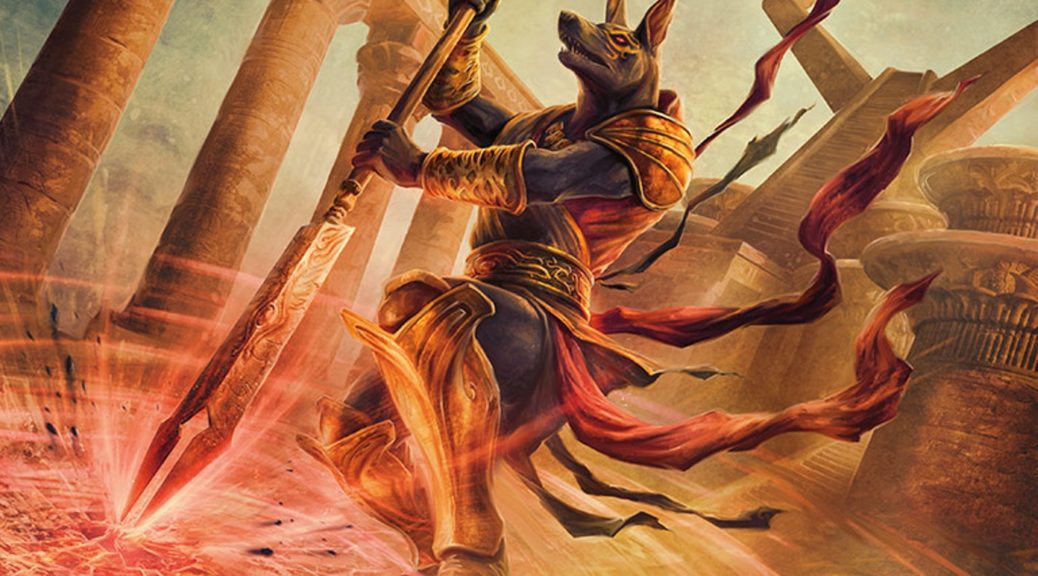 Welcome back. Day 1 of Pro Tour Hour of Devastation in Kyoto, Japan is now in the books and it’s time to take stock of what we’ve learned and see if there’s still any fresh money to be made or saved.

Heading into this tournament there was plenty of chatter on social media suggesting that ramp or UW God-Pharoah’s Gift or Vizier of the Menagerie might be the top secret tech for the tournament. With that in mind, let’s review how the meta actually shaped up at the start of Day 1: 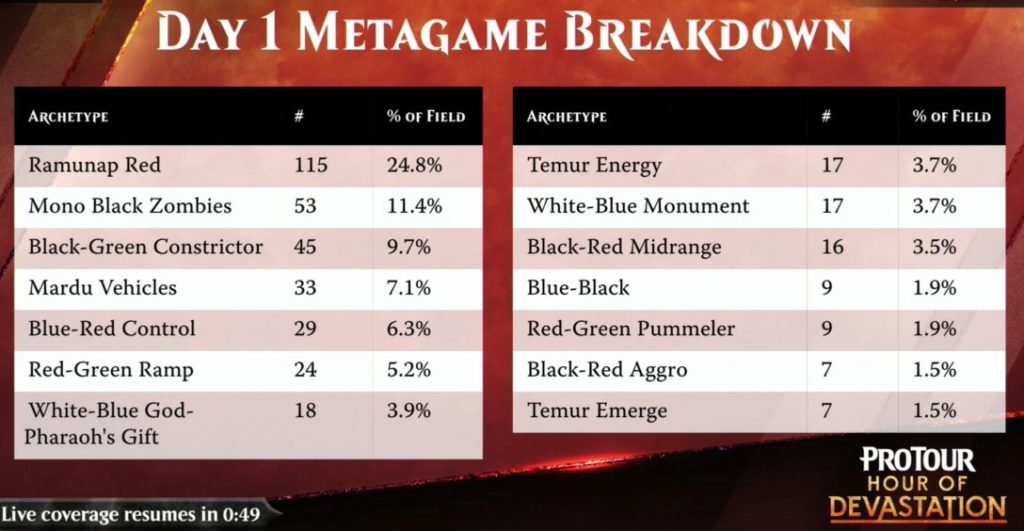 The first point worth making is that many of the best pros clearly came out of their testing regiments believing that aggressive Ramunap Red decks were even better positioned than they had seemed heading into last week. Whereas the deck was already a significant 10% of the online meta (as best as anyone could tell), at the Pro Tour we see a whopping 25% of the players on the punishing, low slung red deck that attacks opponents from multiple angles.

Now just because the red deck was set up for success, didn’t mean it was going to plow through the field. In the last few Pro Tour stops decks that showed up in even larger quantities ended up butting up against the wall of fresh tech only to fail out of Day 2. This time however, at the end of eight rounds of play (including five rounds of Standard) the top tables were showcasing an even higher percentage of red decks than the Round 1 meta count would have suggested. Paul Cheon went so far as to name Ramunap Ruins as the card of the day, citing the reach that a nearly unanswerable late game damage source gives the red decks.

So where did all the cool combo/control decks go that were being heralded as approaching dooms? Day 2 coverage is now up and running, and control decks are being called out tonight as being largely relegated to the lower tables. With nearly 60% of the players on aggro decks at this tournament, the odds were already low that the rogue decks were going to find their footing and drive deep, but a day later we can now clearly see that many of the fancier brews just weren’t ready for prime time.

Instead, our top tables are largely crimson, with occasional sightings of zombies decks. Financially speaking, the likely dominance of red and black aggro decks doesn’t leave us with many targets since many of the zombie cards have already spiked and the red decks are running relatively few relevant mythics and rares. I have noticed that Falkenrath Gorger inventory is draining, and at $2 this has a solid shot at $5-6 if red fills up the Top 8 overnight. Hazoret the Fervent has inched up closer to $7 than $5, but many of the red pilots aren’t running enough copies to make clear this is even a valid target to accelerate.

Champion of Wits, Gate to the Afterlife, Angel of Sanctions and Cataclysmic Gearhulk seem very unlikely to earn some price action this weekend, but keep an eye out for a rogue deck to navigate the aggro gauntlet and excite some purchasing power Saturday morning. The tournament location and timing is also likely to dampen financial speculation this weekend, since by the time many interested parties see something sexy happen over their breakfast cereal tomorrow morning, they will be able to reality check their ideas.

So far this tournament looks like a washout for specs, but I’ll be posting notes of interest through the night to flag any changes to that evaluation.

10PM EST: Donald Smith of Team Lingering Souls calls out Hazoret as the card that allows mono red to plow past the meta. Started testing three copies, moved up to the full four. Spec might not be dead. 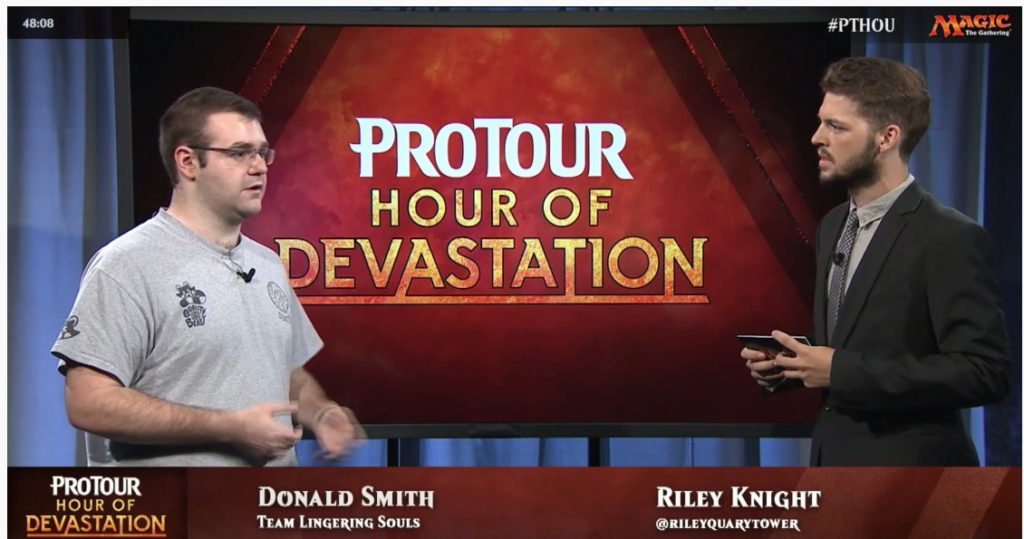 1am: Cheon just ran us through the baseline lists for the most prevalent archetypes at the tournament: 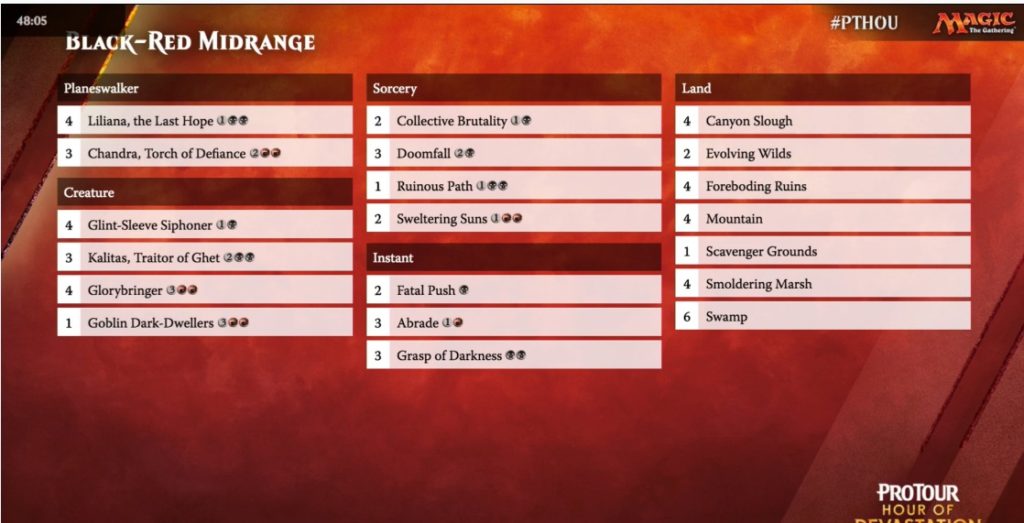 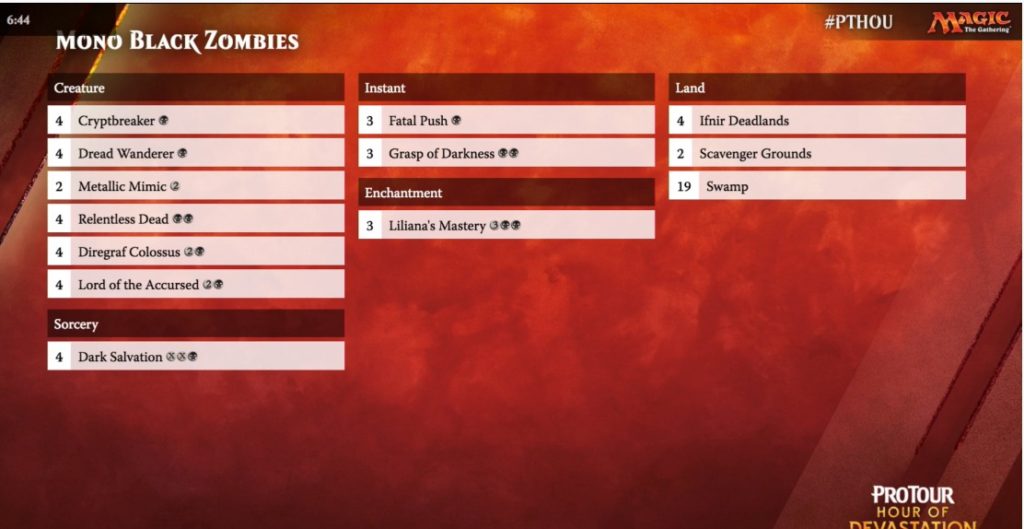 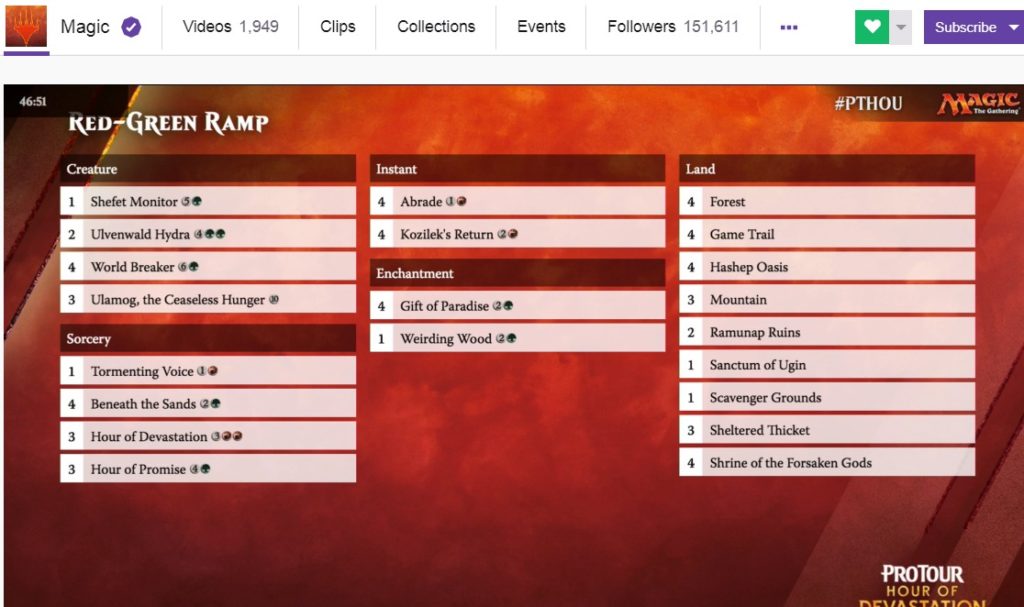 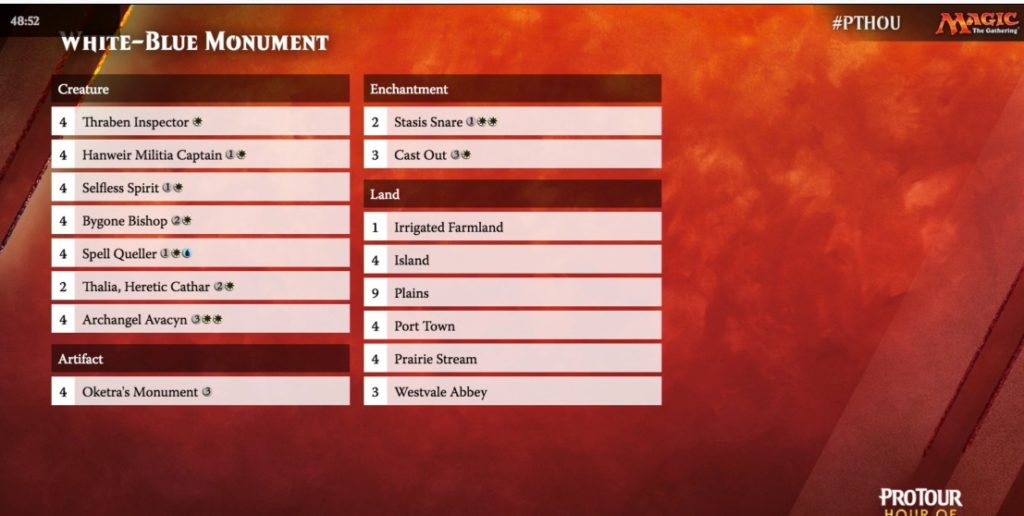 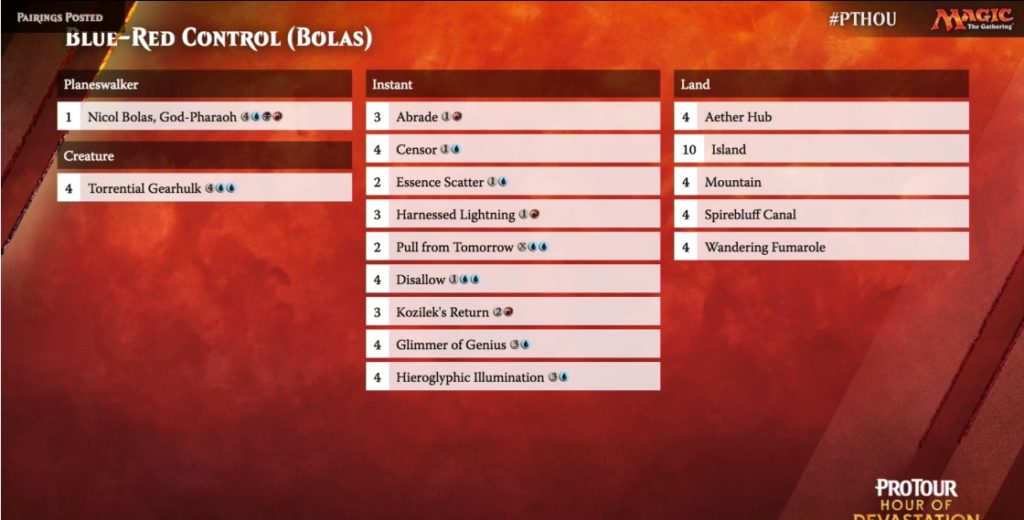 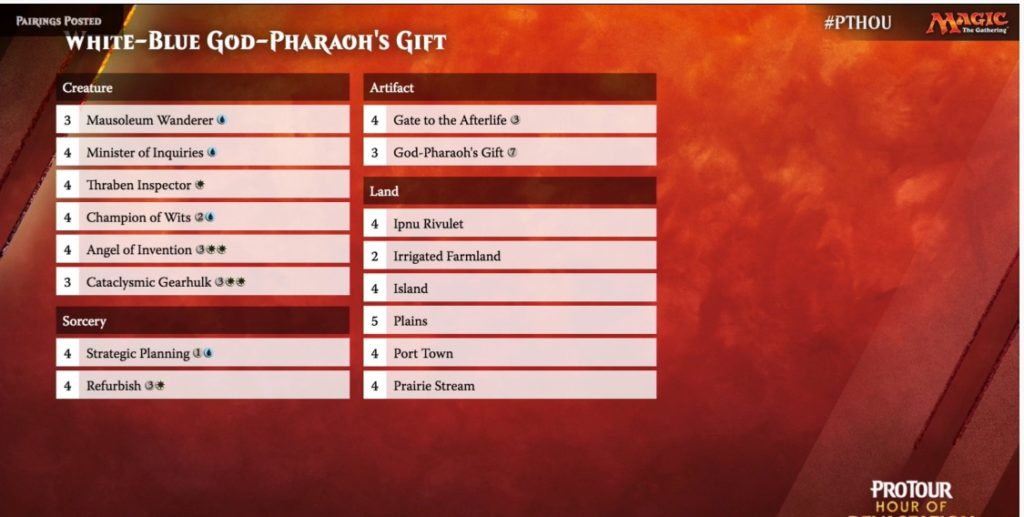 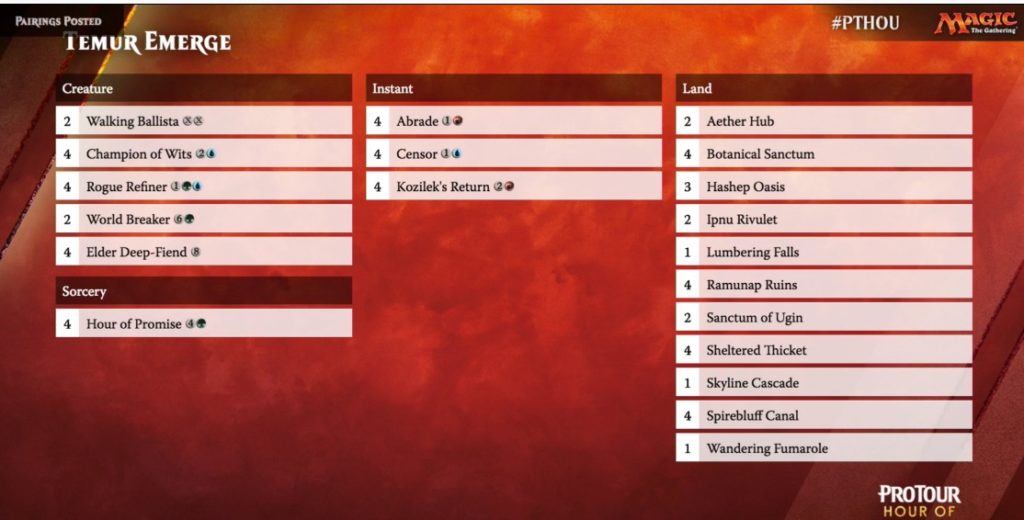 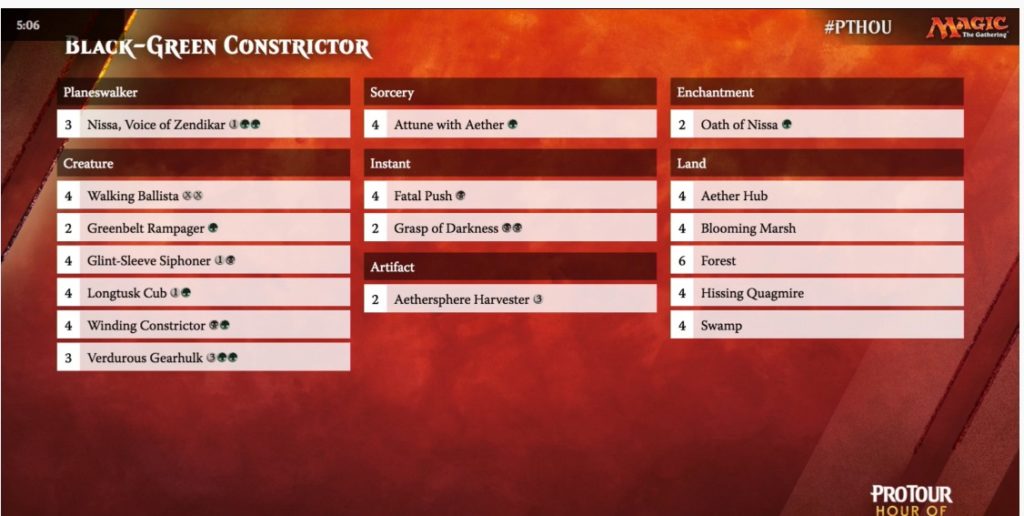 Paul spent some time detailing that Abrade & Ramunap Ruins are the two cards that ultimately moved a quarter of the field away from some of the other Tier 1/2 options.

5am: We are facing a murder’s row in the Top 8 with PVDDR making his 12th (!) Pro Tour T8, and Sam Black, Sam Pardee, and Seth Manfield along for the ride. Five of the eight decks are Ramunap Red, and there’s one RB deck as well, all with a total of 20 copies of Hazoret, the Fervant. There are also 24 copies each of Falkenrath Gorger. Earthshaker Kenra (coverage Day 2 Card of the Day) and Bomat Courier so may see some some action on those rares, though Kenra has already spiked. 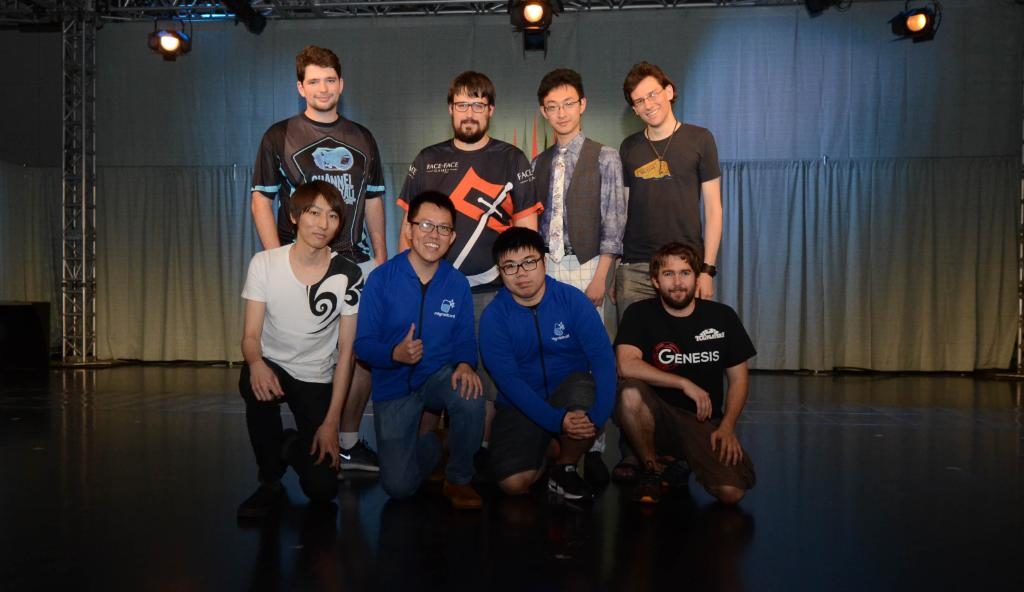 6am: The single B/G Constrictor deck in the Top 8 is pretty stock at unlikely to move much on the finance side. Ditto the single instance of mono black zombies. Might be time to start thinking about the control cards that address this meta appropriately.

7am: Overnight hype has pushed Hazoret, the Fervant copies very close to $10. Will be interested to see if they can push for $15 this week or whether the meta will immediately react by trying to hate RDW out of the format.