Sorry for the delay, everyone, but the full reveal of Ixalan needed me to do some revising.

Adanto Vanguard is a 3/1 for two mana that can become indestructible, really discouraging blocking. There’s also a straight 3/1 for two mana, a two mana lifelinker, and a legend in Mavren Fein, Dusk Apostle which will enable white and black decks to get wide quickly.

Star of Extinction fits right into decks that were running Hour of Devastation, and the other board-wiping effects are Dusk/Dawn, Fumigate and Bontu’s Last Reckoning. Less than impressive, and expensive on all counts. 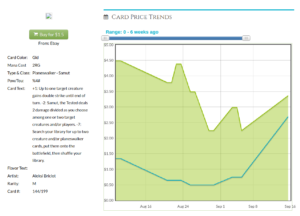