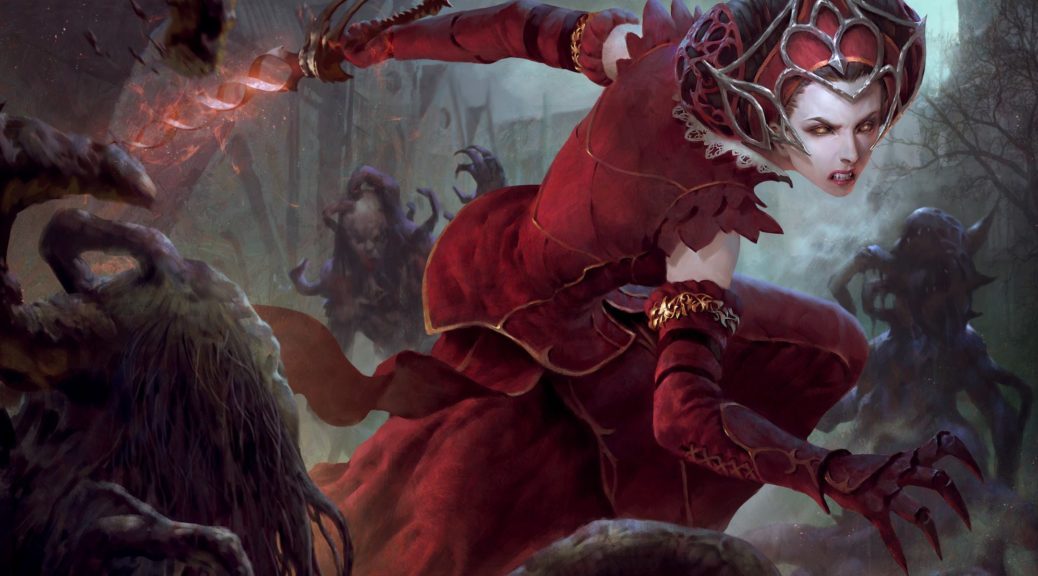 Ixalan’s prerelease bears down on us rapidly, and with the full set spoiled, players are hard at work grinding out decklists to find the hidden gems. Those that pay close attention and apply a critical lens (or are otherwise in touch with pros, or just lucky) stand to be rewarded. Will Gisath, Sun’s Avatar replace Ulamog, the Ceaseless Hunger as Standard’s go-to big body? Will tribal synergies be enough to become the dominant archetype in Standard? Will people stop buying non-foil Zendikar copies of Spell Pierce?

Meanwhile Modern looks to be in excellent shape, with a dynamic, wide range of top-tier decks. It certainly looks like anything can win, and while that possibly isn’t true, the belief that it is is good enough. Commander 2017 also continues to drive the market, and for the first time in awhile the most-built deck isn’t Atraxa. Exciting!

Modern has a lot of strong strategies, most of which can win on any given weekend. That doesn’t mean there aren’t standouts though, and Jeskai and UW Control have been mainstays for months now. It’s a welcome change for some, given that control has at times been almost entirely absent from the format. Along with the growth of the archetype, we’re seeing an increased presence of Spell Queller.

Spell Queller is an above-rate threat that does everything control in Modern wants to do. It comes down early, gets around “can’t be countered” effects, and applies evasive pressure to help close out a game before an opponent can restabilize with multitude of powerful spells available to them in the format. Even if Queller dies several turns later and gives an opponent their spell back, there’s a chance it could now be blank (e.g. removal), or considerably less useful (e.g. a Collected Company while the control player is now holding Supreme Verdict.)

Foils are on the market at $12 to $13, and while supply is decent, it’s not massive. As a growing Modern staple in an archetype that’s beloved by established players, and a constant regardless of how strong it actually is in a metagame. In other words, this is no flavor of the week combo piece. I suspect the foil supply will drain over the next three to nine months, and we’ll be looking at $20 to $30 foils in a year or so, so long as there’s no reprint, which really would only come in Masters 25, and I don’t think that’s a reasonable expectation.

If you’re not playing Modern or Legacy regularly, you may not fully appreciate how omnipresence the Eldrazi threat remains. Both formats, Modern especially, continue to see Eldrazi rampage through top places. Modern especially sees a lot of Eldrazi action, and they see it in various stripes. Eldrazi Taxes, Eldrazi Tron, Bant Eldrazi, etc. There’s two mainstays amongst all of these variations: Thought-Knot Seer and, of course, Reality Smasher.

TKS is certainly appealing, but with a higher buy-in, we’re not looking at him today. Instead we’re talking about Reality Smasher, which is the enforcer in the “brain and muscle” pairing. Smasher is truly a marriage of name and form — he hits very hard, immediately, and is absolutely miserable to answer. If he doesn’t score a hit the turn he comes down your opponent probably spent two cards getting rid of him, which means the next one is basically guaranteed to have free run of your opponent’s face. There’s a single-digit number of threats in Modern as efficient and nightmarish as Reality Smasher, and so long as Eldrazi Temple is legal, the two are going to show up hand-in-hand, because once you’re in the market for the latter, you’d be foolish not to bring the former.

While TKS is already $6, Reality Smasher is half of that (or less) today. Normally I wouldn’t advocate buying in at $3 in order to ride it to $6, so there’s got to be more room ahead, and I believe that there is. Thought-Knot Seer is the second (!) most played card in Modern, and Reality Smasher is 10th, and the gap between them is fairly narrow. $2.50 for a top 10 Modern creature that was single-printed in the middle of a chilled Standard is going to look silly a year from now.

As I mentioned in the intro, Commander 2017 continues to drive prices, and Atraxa has finally lost her throne. This week it’s been taken over by Edgar Markov, the Mardu Vampire Lord. I’ll be the first to tell you that I don’t find him interesting or remarkable as a commander in any capacity, but apparently others do, and that’s what matters. Twilight is apparently still popular I guess? Probably in the midwest; it’s like 2002 over there still.

Looking through EDHREC at the signature cards for Edgar is pretty funny; two of fifteen were printed in the precon. One of those two is an uncommon from SOI, and the other is Bloodline Keeper, which already tripled awhile ago. That leaves us looking to make money on vampires in a different way. If we can’t buy any more non-foils (because they reprinted all the damn things), then let’s chase foils.

My first choice was going to be Anowon, the Ruin Sage, since I can’t fathom a Vampire deck without them, but he’s already like $15 now so never mind. I was pleasantly surprised to find Malakir Bloodwitch foils at $1.50 though. I was further pleasantly surprised to see that her damage trigger is all opponents, not one, and the life gain is equal to the total life lost, which means you get to triple dip. Compare her trigger to something like Palace Siege and you can see how much stronger this is. Add in the fact that Edgar’s whole shtick is to poop out vampires and you can see how a single Malakir Bloodwitch trigger could do 20+ damage.