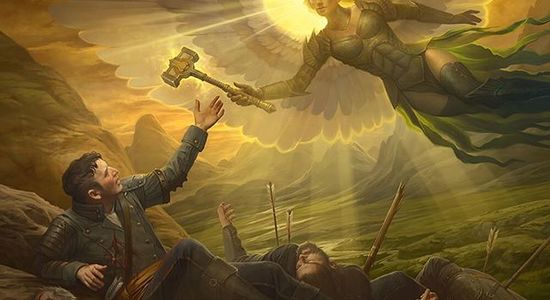 I love this time of year. I love how excited I get about buying people presents, and seeing their reactions.

Treachery ($23): Reserved List cards have been popping all year, some for reasons no better than ‘It’s on the RL, BUY THEM NOW OMGWTFBBQ’ so getting this while it’s cheap is wonderful. There’s only 32 on TCG right now, so it won’t be available for long. It’s awesome in both Cube and Commander, and how about a foil price above $300? That’s a 12x multiplier, an indication of the super-tiny supply in existence.

I could also be talked into buying Future Cliff some relatively cheap Gilded Drakes, a card that just wants one more good flicker effect. Roon of the Hidden Realm does love this fella.