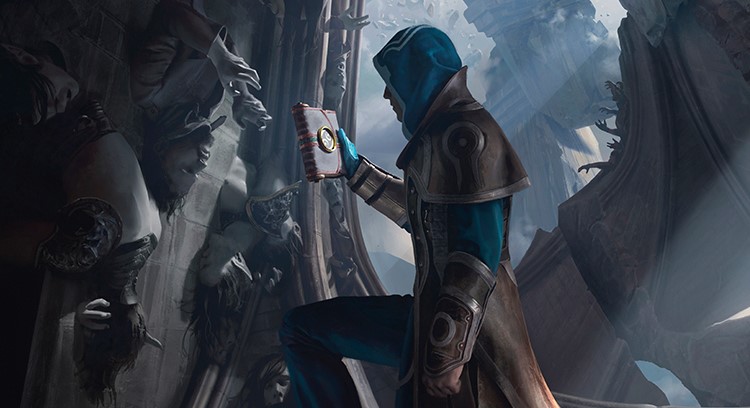 In 2018, with Magic: The Gathering  facing it’s 25th anniversary, the game we all know and love continues to evolve, and the MTGFinance scene has been forced to evolve as well. Here are some of the strategies that we’re employing in the MTGFinance community in the year of our lord Jace, the Mind Sculptor:

Standard has been a pretty tough format to speculate on for the last eighteen months or so. The combination of frequent bannings, lame duck formats, poor card quality in North America and plentiful product has lead to a relative lack of card spikes in what was once the most important format in Magic.

To mine this particular vein, your best bet is going to be to get ahead of the pack in card evaluation via early testing of cards revealed during spoiler season. If you are well in tune with the evolving meta and your deck building skills are on point, you will maximize your chances of identifying the potential of cards like Rekindling Phoenix before the masses do. If those aren’t conditions you identify with, you’re better off focusing on other areas, since Standard only staple specs that don’t hit can be a major drain on your resources.

Let me be clear. Your best bet for singles speculation in 2018 is almost certainly going be found in the EDH and Modern formats, and in  cards from the first few years of Magic.

The reality is that the most important formats in North America at present are almost certainly Modern and Commander. Modern is the constructed format with the healthiest meta and just got a shake up via the unbanning of Jace, the Mind Sculptor and Bloodbraid Elf. While the impact of these two cards has yet to be written, their impact on singles acquisition is likely to be meaningful as the meta shifts around them. Commander on the other hand has emerged over the last few years as a format that encourages the collecting of multiple deck lists, counterbalancing the need for just a single copy per deck. Commander and Modern players are both prone to foiling their decks, which coupled with relatively modest print runs for many key rare and mythic foils in both formats, often leads to strong financial opportunities. Foils of cards such as Expropriate, Atraxa, Praetor’s Voice, Kolaghan’s Command, Gurmag Angler, Collected Company, Eidolon of the Great Revel, Thought-Knot Seer and Reality Smasher have all been generous contributors to my bottom line over the last few years. The key here is to rank your speculation options by total popularity, focusing your efforts on staples that appear in both format or across multiple archetypes in a single format. Couple this with reprint risk, targeting cards that are draining but have been printed recently and you’ll zero in on your sweet spot. Inclusion in M25 is a risk for many cards this spring, but past that point we’re likely in a reprint lull until Modern Masters 2019 next spring or summer. Cards in low supply in a single archetype can still make you money but represent higher meta risk, so prioritize accordingly.

As for Reserved List and ’93-’94 cards, as opportunities in Standard have become more scarce and Modern cards have increased in reprint risk, many speculators have turned to targeting some of the earliest cards in the game. Heavy speculatory pressure, first on RL cards, and most recently on absolutely anything printed in 1993 and 1994 has been driving up prices for most of the last year, and modest increases in ’93/’94 as a format is contributing as well. While many of these cards are going to be tough to unload in volume, focusing on playable cards in limited volume is likely to pay off. Recently I’ve been picking up underpriced copies of Mishra’s Factory, which serves as a solid example of a decent spec along these lines.

Talk to any of my peers that are writing about or working in MTGFinance and they’ll tell you the same thing: don’t invest in booster boxes. See, during the advent of the Modern format we saw booster box prices of everything from 7th Edition to Innistrad take off as Modern unfurled into a burgeoning player base and generated demand for older cards in the format that far exceeded the available supply. However, since the release of Return to Ravnica in 2012, most Standard legal booster boxes have failed to appreciate in value as the growth of the Magic player base has stalled out and Wizards has taken to overproducing inventory. Coupled with an era of more aggressive reprints sprinkled into main sets and the Masters series, newer booster boxes from newer sets have had trouble showing any price appreciation.

So what if you still plan to play Standard or just like to pop a couple of boxes of each new set? Well, one strategy that has been working out well for me is to acquire Russian booster boxes exclusively. Why Russian?

Well, firstly Russian copies of important EDH and Modern staples tend to command a significant premium of anywhere from 50 to 300%, especially if you’re talking about foils. Secondly, Russian staples (especially foils) are the least likely to be impacted by reprint risk given that the Masters series sets are unlikely to be printed in anything other than English, Japanese and Simplified Chinese. Thirdly, Russian booster boxes so far still seem to be printed in Europe at Carta Mundi, which is producing Magic cards at a higher quality than has been seen in the recent English language sets in North America that seem to be getting printed overseas using an inferior printing process. Finally, Russian boxes tend to be available via Ebay in North America within $10 or so of their English language counterparts. If you can get your hands on English boxes these days around $75-85, you can likely find Russian boxes for $85-90, which is easily justified by the upside of the Russian staples.

For example, I recently opened a case I had been holding of Russian Fate Reforged and between the presence of Russian versions of Ugin, the Spirit Dragon and averaging 10-20 copies of $2-5 Temur Battle Rage, Monk tokens and Gurmag Angler it was much easier to make money than it would have been with an English case. Of course this strategy does require that you memorize the cards you choose to play in decks, but that’s a good idea anyway.

I have had similar luck with Russian M15, Khans of Tarkir, Oath of the Gatewatch and Eldritch Moon. Battle for Zendikar and Kaladesh block sets is also a potential bonus.

Japanese and Korean boxes are also worth a look, but seeing as how they all tend to be about the same price, you might as well focus on Russian unless you have a preference. And remember, you can still strike out on a Russian box, so keep in mind that even next level booster box openings can still end up looking silly compared to some of your better options if your purposes are purely speculatory.

One of my top strategies of 2017 was targeting Masterpiece Series Inventions and EDH foils on MagicCardMarket.com and having partners in Europe collect my packages locally before passing them back for resale every month or two. Heading into 2018 this strategy is still live, but the weakening of the USD against the Euro now requires greater disparities between pricing on both sides of the Atlantic to make it worth your time.

In Japan, cards on both Hareruya and TokyoMTG can still represent strong opportunities, especially if tech emerges first in North America and the Japanese aren’t yet on it. EDH foils from new sets are almost always a good deal on these sites early on, and so long as you keep your purchases to lower quantities you should have little problem unloading your specs 6-12 months down the road when the supply dries up.

Perhaps the most underappreciated concept in MTGFinance is that of attrition. In this context, the term refers to the fact that despite the millions of Magic cards printed every year, less than 1% of those cards recirculate into the secondary markest on sites like TCG, Ebay and MagicCardMarket. As the years drag on, any staple card that fails to see a reprint is very likely to spike in price, and despite the upswing in reprints in recent years there are still dozens to hundreds of relevant cards in need of a reprint at any given time. All of this leads to an economy that is strongly lead by supply side economics, a scenario that asks little of you other than to keep track of the inventory levels of various cards and to make your move in scenarios where the inventory has drained but the price has not yet spiked. Masterpiece Series Inventions and various Modern staples have provided plenty of opportunity along these lines in the last year, and you’re likely to get a shot at similar opportunities moving forward. Finally, with even bad Reserved List cards and cards from the first few years of Magic being increasingly targeted by speculators, there is little reason at this point to hold off on acquiring any Alpha, Beta, Arabian Nights, Antiquities, Legends or The Dark cards you might have reason to purchase.

If you pay attention to the MTGFinance content stream, you are more than likely familiar with the folks that are focused on mining bulk Magic cards for profit. Now, if you’re a long time player with a lot of unsorted cards lying around from years past you certainly owe it to yourself to get organized, give your collection a few passes for value, compile a buylist order to fuel a new deck or major purchase, and then turn back to other strategies.

See the thing is, with all of the extra inventory over the last decade and the flat lining growth in the game, bulk rates have been declining and the process of acquiring, sorting and reselling your finds is more of a job than a hobby. If your end game is to become a vendor or work for a vendor, than this is a skill set that makes perfect sense to add to your repertoire. If however you are more of an armchair speculator you are much better off focusing on consolidating your collection and holdings, so that you can maximize profits while minimizing your time spent on task. If you had invested in Euro sourced MPS Sol Rings last year in the mid $80s USD, there is little doubt that $2k spent on that project type would far exceed the same amount spent on bulk. The more you value your time, the more true this becomes.

Early Bird Gets the Worm

Price trends often take a few days or even weeks to percolate down through the entirety of the global Magic economy.  To take advantage of this process, your best bet is to perfect your techniques for staying ahead of the curve.

If you’re a night owl, get in the habit of checking the price tracking sites, including MTGPrice.com, MTGStocks.com and EchoMTG.com in the early hours of the morning, as these sites tend to run their price update scans during low traffic times. By being the first to spot an emerging price you’ll give yourself the best shot at mopping up the last few copies of a draining supply while everyone else is still asleep.

Depending on the timing and location of major event coverage, your opportunity may be to target vendors in Europe or Asia. If you happen to live near a solid density of vendors that lag in their pricing updates, showing up early at a local shop can lead to big windfalls as well.

Ultimately, you should play to your strengths in 2018, leveraging your format knowledge, available capital and existing collection to maximize your profit or savings. Good luck!