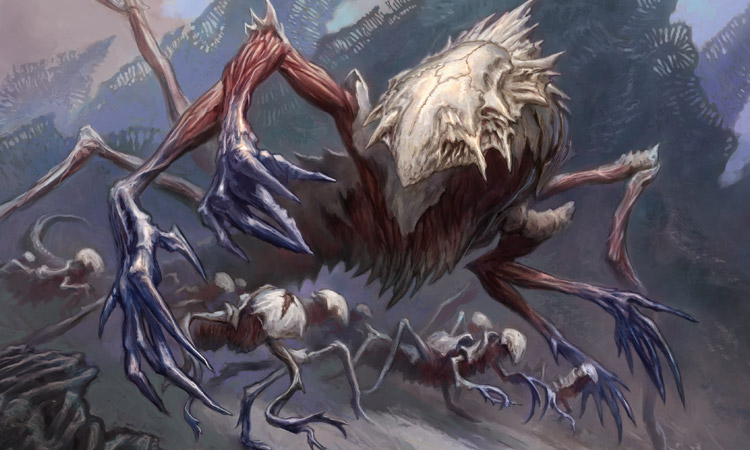 With a wide variety of decks in the top 8 and top 32 of GP Memphis, Standard is looking healthy for the first time in awhile. Players seem overall pleased and excited for the format after having spent nine of the last twelve months griping about it. Add in the newly spoiled Challenger decks which seek to put tier 2ish prebuilt lists into the hands of players for $30, and FNM is sounding even better.

Of course none of this matters for us, since the Standard markets are going to be dead until October. Challenger decks have laid to rest any chance you may have had to cash out on soon-to-rotate staples, and with the summer lull creeping ever closer, it’s just not where you want to be for now. We’ll start thinking about it again in July or August, when prices are at their low and we can start looking for Ixalan pickups heading into rotation. It will be the first Standard without Masterpieces since Battle for Zendikar three years ago, so hopefully card prices will have a little more bounce in them.

Jace and Bloodbraid are making their presence felt in Modern. Neither has dominated the format yet, but they’re certainly both key cards doing a lot of work. They’re certain to shape what strategies are viable in the coming months, and it will be hard to play a midrange deck that doesn’t include one of these cards by June.

One strategy that’s always done just fine in spite of these cards is dredge, or dredge-like builds. They tend to be immune to the discard/removal grinding of Jund, since there’s usually a way to bring all your creatures back repeatedly from the graveyard, annihilating their card advantage. Jace decks also typically lack the tools to meaningfully interact, and all the Delays and Mana Leaks in the world won’t stop three Bloodghasts from coming back for the fifth time from a land drop.

Modern’s current dredge deck of choice is BR Hollow One. It looked a little flash-in-the-pany when it was first rolled out, but continued success has proven it’s the real deal. It has a few cards new to the Modern stage, and Flameblade Adept is one of them. Admittedly it’s not going to do a lot of work in other strategies, but here, it’s a one mana 1/2 that’s capable of swinging for five or six nearly unblockable damage on like, turn two.

A few foils are floating around out there in the $3 range, but not many. Expect these to drain fairly quickly, and new prices to settle in the $5 to $8 range. It’s only useful in one deck, but it’s a deck people enjoy, and is well positioned in this new meta. Keep an eye out for trade binders and LGS cases, and you may be able to make several bucks a copy.

Ah, Fulminator Mage. He and I go way back. Like, Shadowmoor back. This guy, this is the guy. He blows up lands. He attacks for two. He irritates the hell out of people trying to cast Wurmcoil Engine and Jace. What more could you want?

Fulminator Mage has been a part of Modern for a long while now. I don’t think he was heavily played right at the start of the format, but eventually he became a staple. Without digging through the history books, it was probably shortly after people put together a good Tron list.

Before long Fulminator Mage had climbed to a $40 price tag, which at the time was impressive, given that he was rarely played in main decks. Eventually we got the Modern Masters 2015 reprint, and his price took a dive. And while his presence in the format waxes and wanes, it’s certainly on the upswing right now. It’s hard to find a Bloodbraid deck that isn’t packing the angry smoke of cloud. He’s a top three cascade target, along with Liliana of the Veil and Kolaghan’s Command.

In the last four years, he’s jumped to $40 three times. We’re now almost three years since MM2, and there’s a real good reason to want Fulminators in Modern again. Without a Masters 25 reprint, he’s positioned to hit it again.

Urza lands probably shouldn’t be in Modern. They are capable of making seven mana on turn three which is flatly unfair. Sure you’ve got to do some work to make it happen (sometimes), but even then it’s absurd. The only other way to produce that much mana on turn three in the format is with two to four cards on top of three lands. Just not fair guys.

That said, it’s legal, so people are going to use them to jam Eldrazi into each other’s faces until they’re not. (And even after, most likely.) One of the best Eldrazi to be jamming into someone’s face is Thought-Knot Seer. Take their Karn Liberated. Take their Bloodbraid Elf. Take their Jace. Take their Scapeshift. Take their hopes and dreams.

We’ve been barking up this tree for awhile, and supply is getting real low. Many major vendors are already charging $35 to $45. Cheaper copies are on TCG, but for how long? Eldrazi Tron is shaping up to be one of the strategies that can compete with Bloodbraid and Jace. That’s going to position these foils well over the coming months and years.