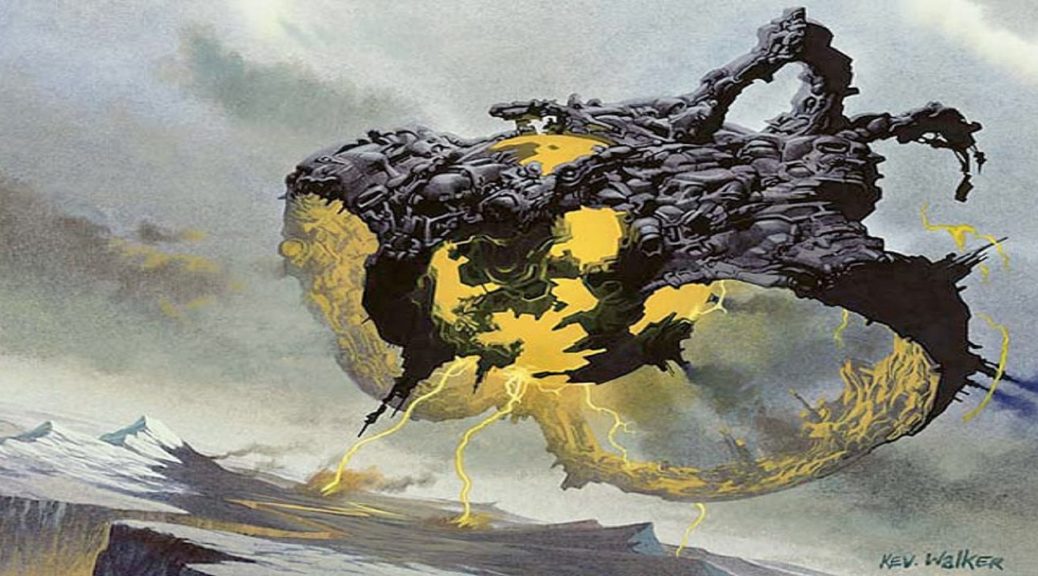 Boy, what a week in Magic, huh? Just as the Masters 25 spoilers wrap up and we all were taking an opportunity to complain about how underwhelming the set looks, we get a third of Dominaria dumped into our laps, immediately followed by Wizards verifying the authenticity. Then on top of that, a spicy meatball of a Modern Open this weekend in Dallas.

I’ll tell you this much, in my research for the article this week, I’m finding myself quite annoyed with Iconic Masters. Sure the set was unfocused and bland and severely overprinted. But it also included all sorts of odds and ends that I wasn’t speccing on, and generally you shouldn’t have been either, which are now completely dead as options. I woke up thinking about Serum Powder. IMA. Ponza won? I see a lot of Obstinate Baloths in SBs. IMA. Trinisphere? Ok well that wasn’t in IMA, but it was already bought out. Dang.

Have I talked about this card before? Maybe. Probably. Regardless, it’s still worth keeping an eye on. Hollow One scored 9th and 14th in the Open and Classic, regardless. Each week I’m finding this deck in the top standings. I figured it would be a flash in the pan the first time (which is the healthy and correct attitude towards this stuff), but it’s showing up regularly now. Of course we could still see it fade into oblivion for sure, as it’s only been a few weeks, but at the same time, it’s not worth fully discounting yet.

Most of this deck is quite fresh. The spell package is a bit older (specifically Goblin Lore), which were the first cards targeted when this list hit the community. You’ve got Vengevine, which was $25 to begin with, so not a lot to work with there either. Other than that it’s mostly a fresh set of dudes. That means you’ll be unlikely to see major gains on most of the cards in the list.

Given that, you’ve got to look a little deeper. If it really gets popular, prices will rise. Where will they go? Well, Insolent Neonate is as closed to a locked four-of that you can get in a strategy like this. He does everything the deck wants to do, and he does it quickly. Even better, he does it in several other decks as well. Dredge won the Classic, and you know what it played four of? That’s right. One extremely insolent neonate.

As it’s from Shadows Over Innistrad, supply is higher than some of the other cards we look at each week. Still, there’s demand from a lot of sources, and they all want the full four copies. Even an SOI common can see its price taxed if we’re looking at multi-format foils. Heck, just look at Tireless Tracker these days.


Sword of the Meek

Hiding out a little further down the standings is a Tezzeret, Agent of Bolas deck. We see these pop up every now and then, though none have stuck around long enough for anyone to really take notice. With Jace’s unbanning and the printing of Whir of Invention, have we moved into a new era of Tezzeret?

Whir of Invention of course is the Chord of Calling for Artifacts. Where this is especially useful is with Thopter Foundry and Sword of the Meek in the deck, a combo that used to be the scourge of Modern. Sword of the Meek was unbanned a year or so ago, and ultimately didn’t accomplish much. Modern was just a little too fast for the combo to be able to take over a game itself. Or perhaps the combo was strong enough, but the support wasn’t there for it? Hard to say at this point.

With Tezzeret in the news again, it’s worth looking over the list to see where opportunity lies. Tezzeret himself is hanging out at $20, and while I suspect success would push him to $40 quickly, that’s a big gamble to take for most. If you’re looking for some action though, it’s worth thinking about.

Anyways, Sword of the Meek is worth monitoring, as it it managed to dodge reprints in EMA and IMA and A25 and MMA and MM3 and the VMAs and whatever else. A single-printed Future Sight uncommon is definitely the type of thing that can jump hard with some provocation. Anyone remember $60 Mishra’s Baubles?

Ok so I know I complained about IMA at the start of this post. We’re going to do an experiment though. If a here-to-fore unused card is printed in IMA and then suddenly gets popular, can the foils move?

On camera at 7-2 on Sunday morning players were treated to Serum Eldrazi. This is the deck that utilizes Eternal Scourge and Serum Powder to shoot for reasonable starting hands that also set up having 3/3s to cast for free out of your mulliganed hand. New players aren’t going to be confused by any of this at all. It was an especially rosy opener Sunday, when the pilot Powdered a Scourge, put a Gemstone Caverns into play for free, dropped an Eldrazi Temple, and then cast the Scourge on turn one. That sounds like the closest this deck gets to Magical Christmas Land, but who knows, maybe that’s not an uncommon opener.

In any case, this is an amusing deck built around the shell of the remarkably strong Oath of the Gatewatch Eldrazi. We know the core of the deck is solid. It’s really a question of whether this is better than the other Eldrazi variants. One advantage this list has at the moment is how much it’s going to infuriate Jund and UW control. Jund relies heavily on destroying every creature their opponents play, generating advantage with Bloodbraid Elf and Dark Confidant as it goes to eventually chip someone down. If the Eldrazi player can just keep casting Scourges from exile, and their Reality Smashers and Thought-Knot Seers also eat card advantage from Jund, perhaps it’s enough to turn the match in their favor? At the same time UW control is going to rely heavily on Path to Exile, which of course the Scourge is resistant to as well.

Is this deck the real deal? I’m not sure. Can foil IMA cards move? Also not sure. We should pay attention though, because this may be the first deck to give us an idea of how much muscle it takes to move an otherwise saturated product.