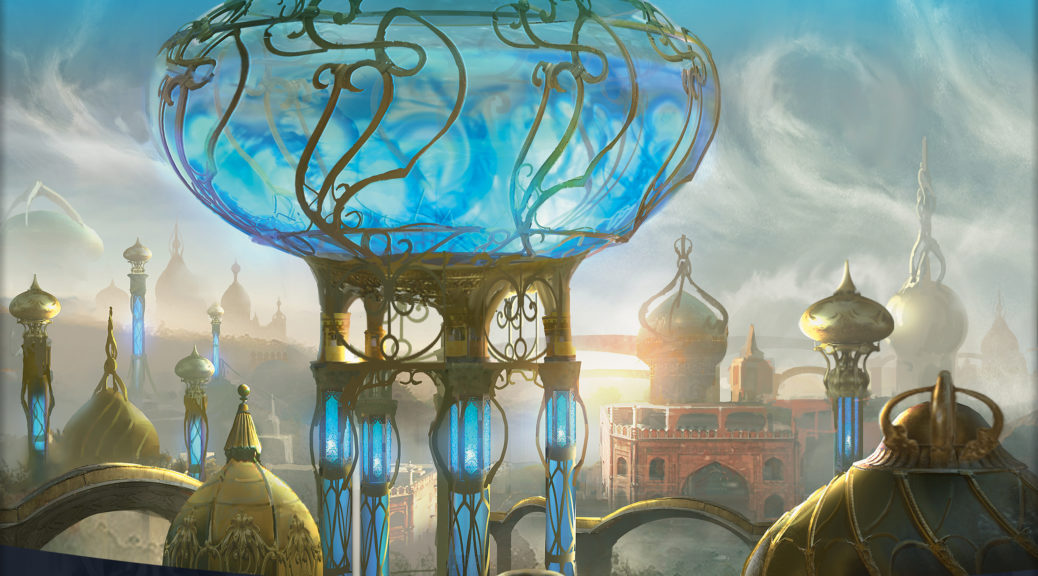 
Everything old is new again and everything new seems to care about everything old. The Weatherlight has a new captain and while it’s not a Green/White creature, she is a creature a lot of people have been waiting on for a long time. We finally got the “Izzet-colored, arifacts matter” commander that people have been clamoring for and while she is sort of… linear, she also has a few surprises in that her card drawing triggers off of more than just artifacts. Let’s look at the card, shall we? 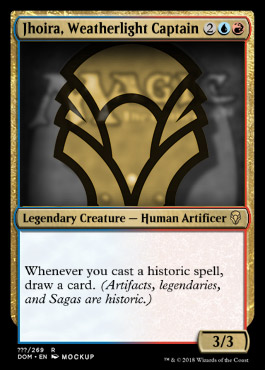 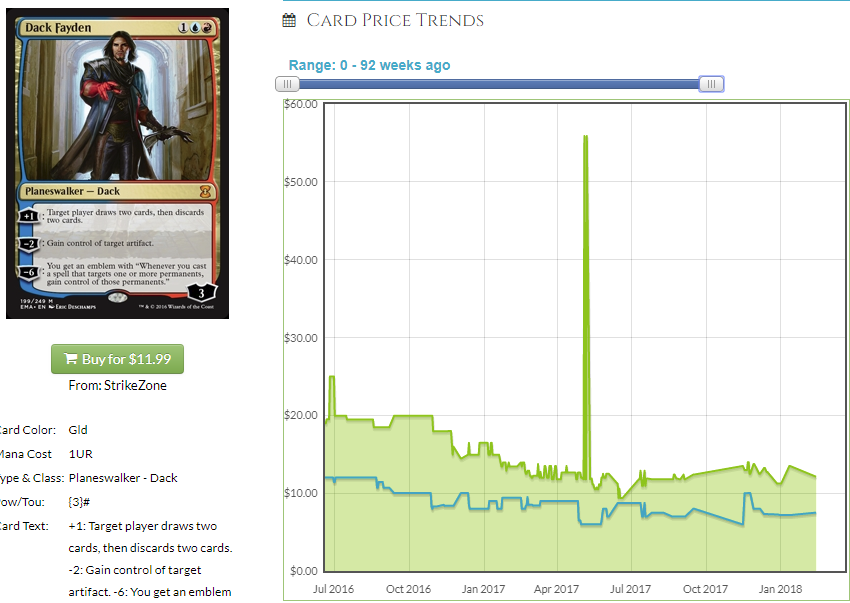 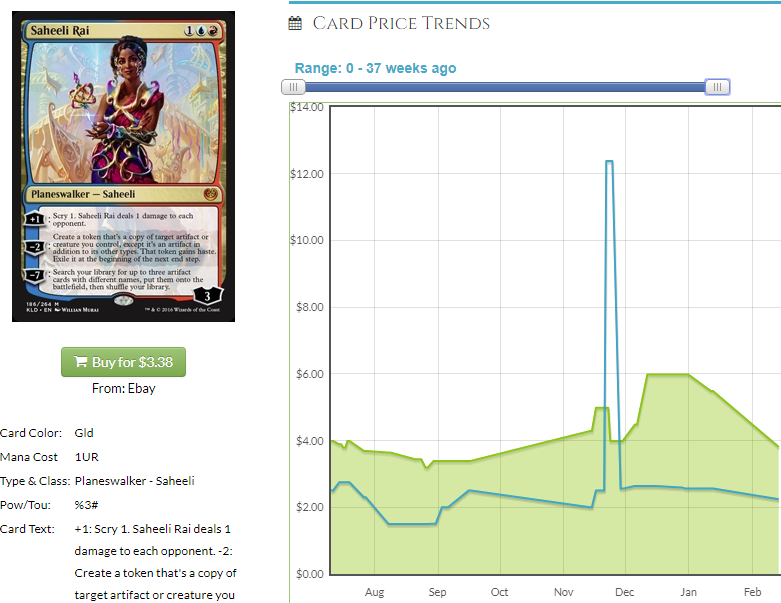 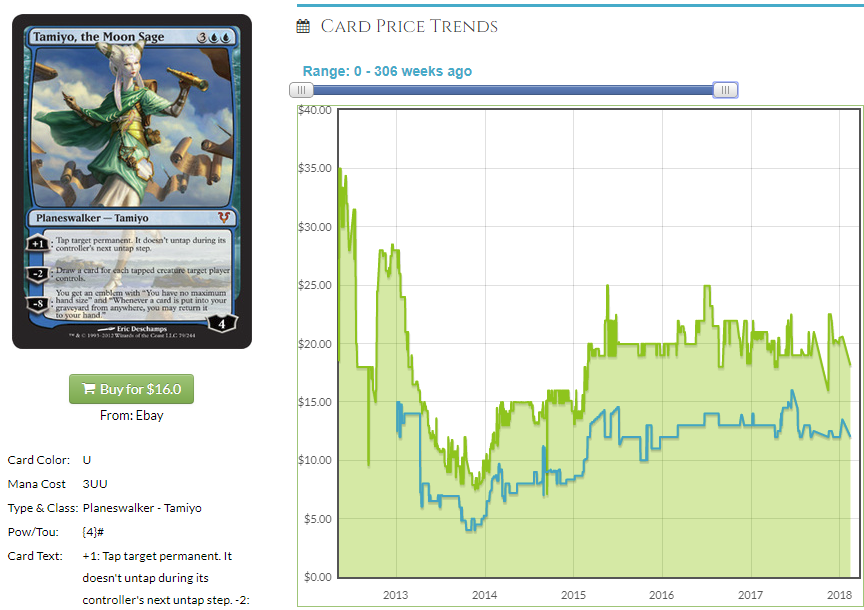 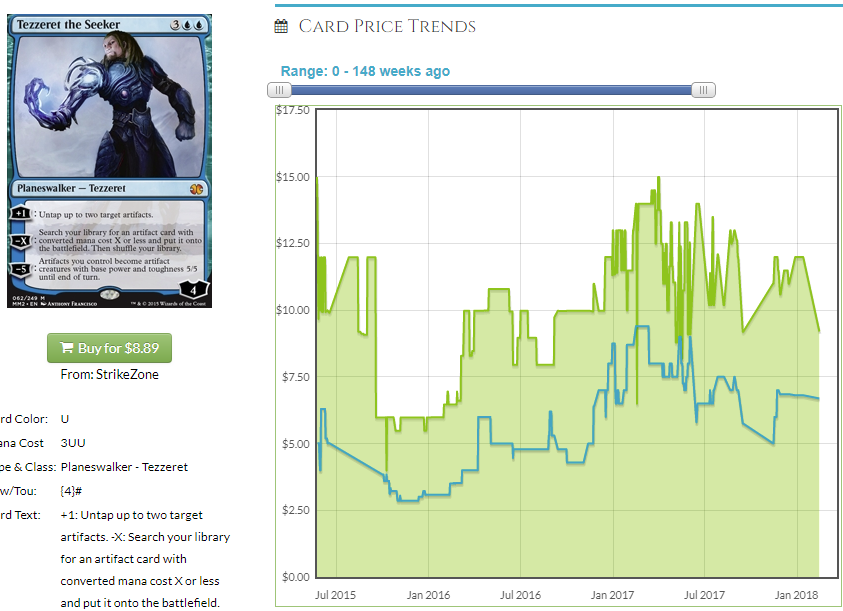 
Modern Masters 2015 was a while ago and while this hasn’t begun to recover yet, I don’t think another reprinting is imminent and I think as good as this is, it’s going to tick back up. It probably has some unknown amount of competition from unprinted Planeswalkers. It seems like every time I get a handle on what Planeswalkers are supposed to do, they print another 30 in a a 12 month period and it throws everything off. This is a better than average planeswalker and it is blue and it deals with artifacts and that has to be enough. 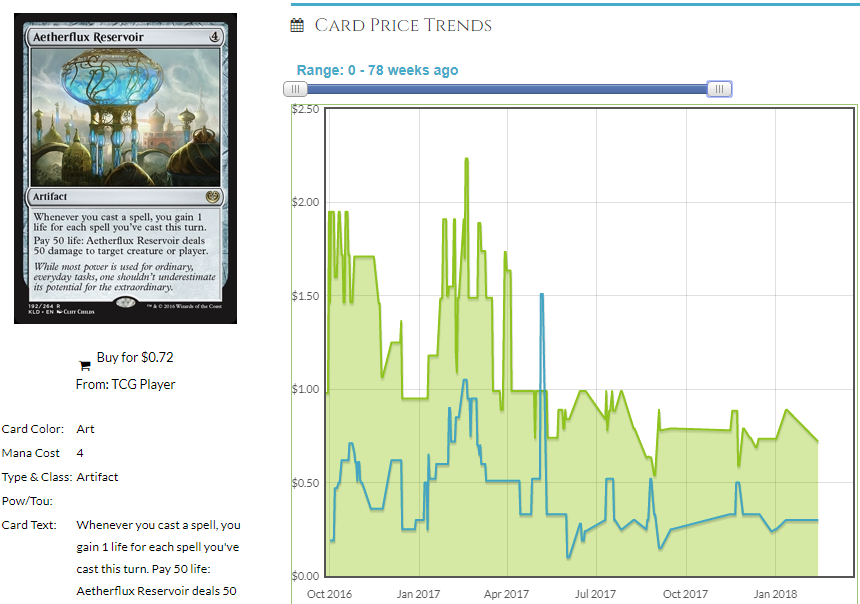 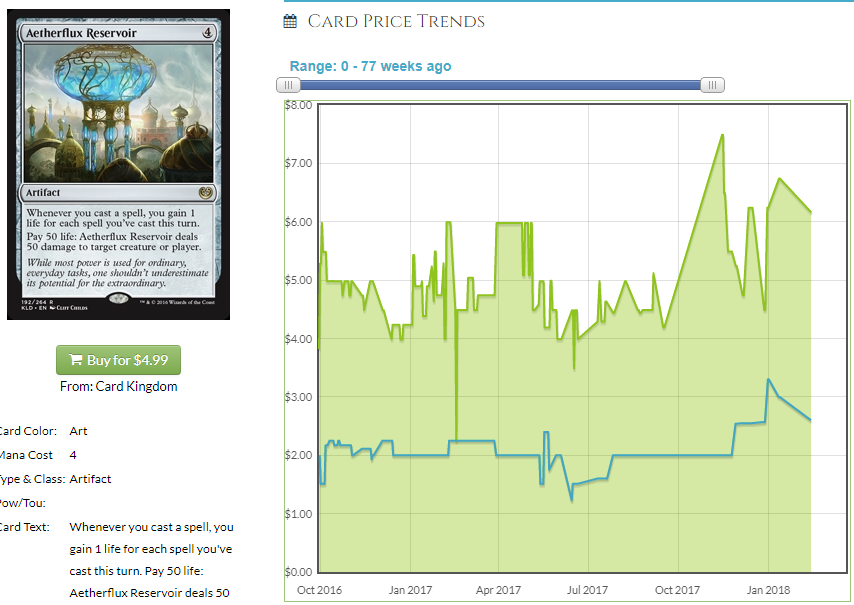 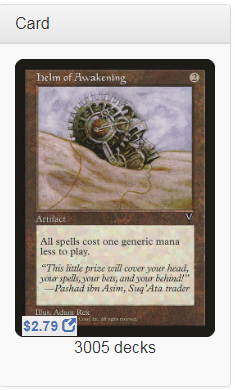 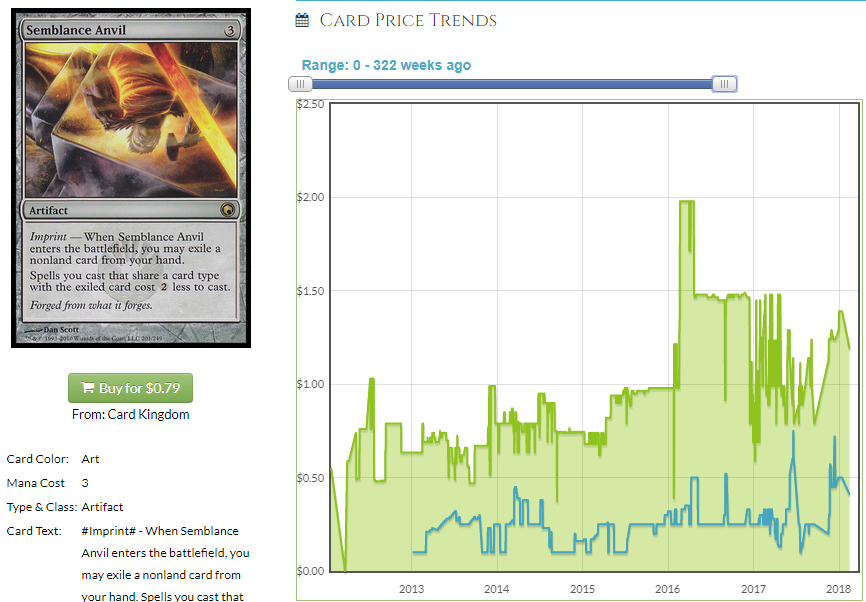 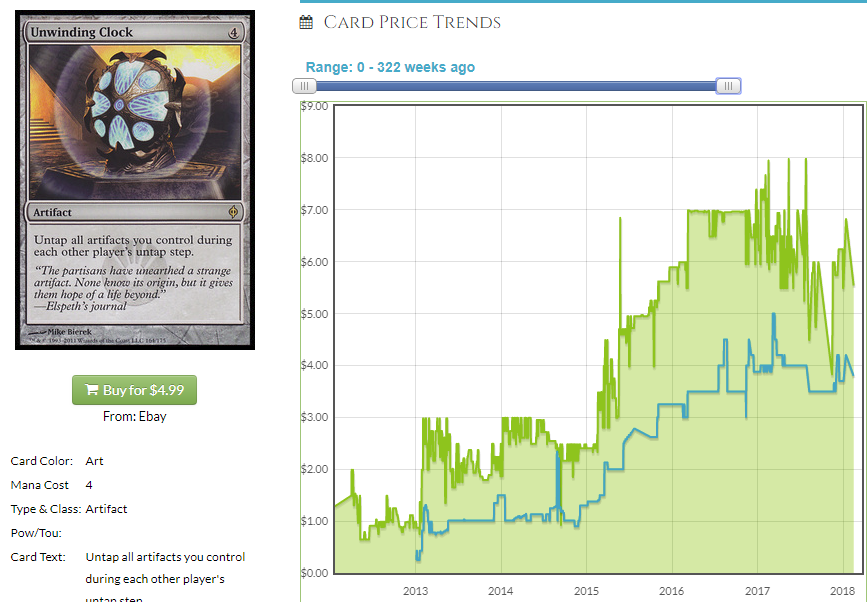