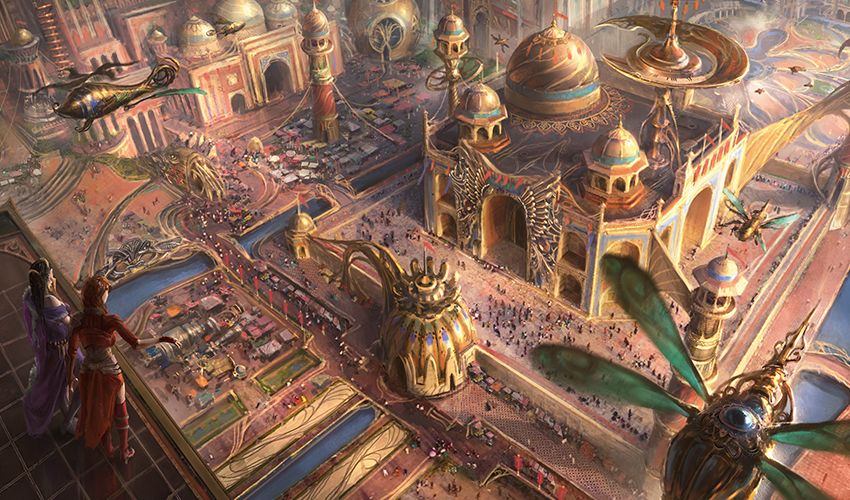 With Dominaria around the corner and tax refunds burning a hole in everyone’s pocket, there’s been a lot of activity in the marketplace. Returning tribes with a long history in Magic — goblins, merfolk, etc. — are getting people excited (I guess that’s the right word) to look back at some forgotten gems of the past. Skirk Fire Marshal comes to mind, an amusing goblin that I’ve put to good use in Zada. Foils from Onslaught were bought out a few days ago. Will the return of goblins in Dominaria get people playing with that card all of the sudden? I’m dubious. When you’re paying $.50 for foil copies and listing them for $15 though, you only need to be right once.

Tireless Tracker is hardly an unknown quantity. She was Shadow Over Innistrad’s sleeper, and since having woken up, has been on a tear. She spread through Standard quickly, and then moved on to Modern and EDH. Today she’s impressively the 11th most played creature in Modern, and can be found in 6,000 decks on EDHREC.

I shouldn’t need to sell you on the utility of Tracker. Everyone in the Magic community seems to be aware of it. Less than they should be, in fact? Browsing results from GP Phoenix I see a Bant Knightfall list isn’t bothering with Tracker. That’s an odd choice to me. Knightfall is a deck looking to turbocharge landfall triggers. Wouldn’t that be excellent with Tracker? What do I know, I”m just a finance writer.

Non-foil copies of Tracker have made it to $13, which is a respectable price tag indeed. It’s not often that I find myself writing about nearly-legal Standard rares already in the double digits, but I’ve got to say, there’s room to grow. She’s widespread in Modern, and as a value creature (rather than a combo piece), likely entrenched. There’s plenty of players taking her up in EDH with more to come, and even cubes are finding room for her. Before long Tracker’s going to be a $20 or $25 rare, and eventually we could be looking at a $30 or $40 card without reprints. (Although that will take several years, and is unlikely to come to pass.)

GP Phoenix saw an occasionally forgotten archetype show up again, which was Bring to Light Scapeshift. Rather than hope to draw one of four Scapeshifts, the build uses Bring to Light to act as Scapeshifts 5-8. Or in this case, 4-7, as there were more BTLs than Scapeshifts. Since BTL can fetch not just Scapeshift, it provides the deck with some flexibility. Maybe it’s not the right time to cast Scapeshift, but you desperately need a wrath? BTL can do that!

I’ll be clear that a few people showing up with BTL Scapeshift each weekend isn’t going to send prices soaring. I learned that lesson with Ad Nauseam. I picked up a pile a year or so ago when it was building in popularity, but even holding the format’s position as the best true combo deck couldn’t budge the non-foils enough to turn a meaningful profit. Of course, BTL does more than combo in Modern, and I’m talking foils.

Foils are a richer vein, since every combo deck has its die hard fans, and they’ll eat all the foils out of the market given enough time. There’s also much less risk of them showing up again at a later date, since we’re not getting foils in Archenemy or whatever product is on the horizon any given month. There’s also EDH, which BTL is remarkably strong in.

That BTL isn’t as or more popular than Demonic Tutor is probably an indictment against the player base at large. Green and Blue are the two best colors in EDH, and with the rules change allowing decks to generate any color of mana, so long as BTL is legal in your deck, you should probably be playing it. Even three colors is a deal, since you’re tutoring and casting a three drop for five mana. At four colors it’s way above curve, and at five mana it’s basically cheating. Sure it doesn’t let you go get your Avenger of Zendikar, but it lets you get basically anything else.

Anyways, between nascent Modern demand and continued EDH support, foils will keep climbing towards $10 or so.

I wasn’t expecting to be able to recommend this, as I figured the price would be too high already, but I didn’t expect what I found.

What I found was almost no supply. Prices on foils have been slowly climbing since release, and took a tick up from about $7 to $10 at the start of the month. There’s now only a handful of vendors for pack foils left. The promo supply is basically empty too.

Even if I am just overlooking a buyout that happened last night or something, the price is still in good shape regardless. $7 to $10 for foils are well positioned for a card that’s already in 10,000 EDH decks. That level of penetration that fast is remarkable. And given how popular lifegain strategies tend to be — Oloro remains one of the most popular generals ever, years later — I expect that popularity to remain strong.