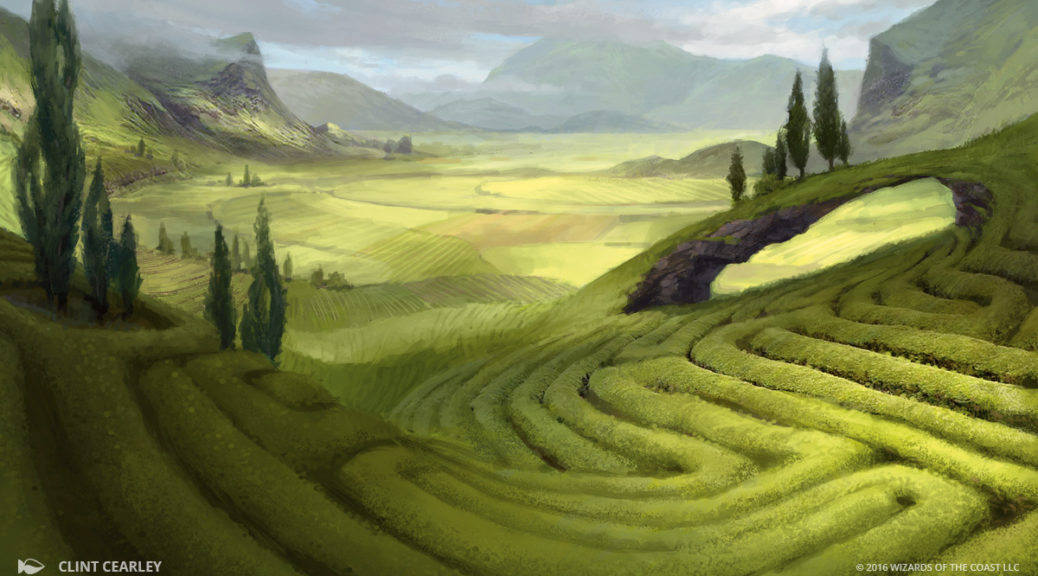 For the longest time, Gamble was one of those “it’s how much?” cards. An otherwise innocuous card reached a staggering $30 on the back of Legacy play in Lands (who cares if you discard the card you tutor when you’ve got Life from the Loam too) and EDH, where concerns of having to discard the wrong card are often met with “just cast the damn card and take another drink.”

A printing in Eternal Masters brought the price down significantly, to the point that EDH players will actually purchase it. That’s great for people that wanted to make money on the card, since it’s infinitely easier to buy and sell a card at $4 and $6 respectively, rather than $25 and $30. It’s begun to climb from its just-printed lows, and is positioning itself to keep climbing.

Supply is healthy for now, as there isn’t dramatic demand. It’s ticking though. And it’s going to keep ticking, as these find their way into collections of players that had held off purchasing them before, becoming permanent fixtures in EDH binders everywhere. Is it going to double in two months? No. But later this year or next you could find these with a healthy appreciation.

I may have written about this one in the past, but I don’t have an easy way to search for specific cards in my archives, so we all get to (possibly) enjoy this one again.

In the SCG Modern open, Scapeshift BTL made another appearance with a playset of said card. That’s great and all, but don’t expect a Tier 2 Modern combo deck to drive the price too wild. It will keep a steady demand up, for sure, but it’s not going to drain the entire foil supply over the course of a month.

Our best bet for price growth is EDH. Changes to the way mana works in the format with the release of…Battle for Zendikar? enabled some great tricks with this that I suspect haven’t been fully appreciated by the EDH crowd yet. Regardless of general, you can now generate all colors of mana. This means your Razaketh the Foulblooded deck can generate all five colors. While you’re not putting BTL in there, you can slide it into something like Kumena. So long as you’ve got a Chromatic Lantern in play, you can now BTL for all five colors in your UG deck. How’s that for nifty!

It’s been awhile since BFZ now, and supply is getting lowish. Once it bottoms out, I’d look for a restock in the $9 to $15 range.

Over the last two weeks or so, Masterpieces Inventions have been on the move. Mox Opal, Aether Vial, Mana Vault — many of prices have moved significantly.

Amidst this buying frenzy, several others are going to move as well. We’ve seen it before, and we’re going to see it again. Everything is on the table — Defense Grid and Sphere of Resistance jumped, and demand for those is tiny — but competitive and EDH staples are more likely to stick once there’s a change. I outlined a few on MTG Fast Finance this weekend, so check that out if you want specific examples.

Overall they’re all probably gravy, and if you’ve got the funds to dump into these, I’d be surprised if you’re not happy with the move. If you’re working with a $200 bank roll I’d stay away, since it will eat basically all of that without an immediate promise of return, but if throwing several hundred dollars at this won’t impact your behavior otherwise, this is a rich vein at the moment.