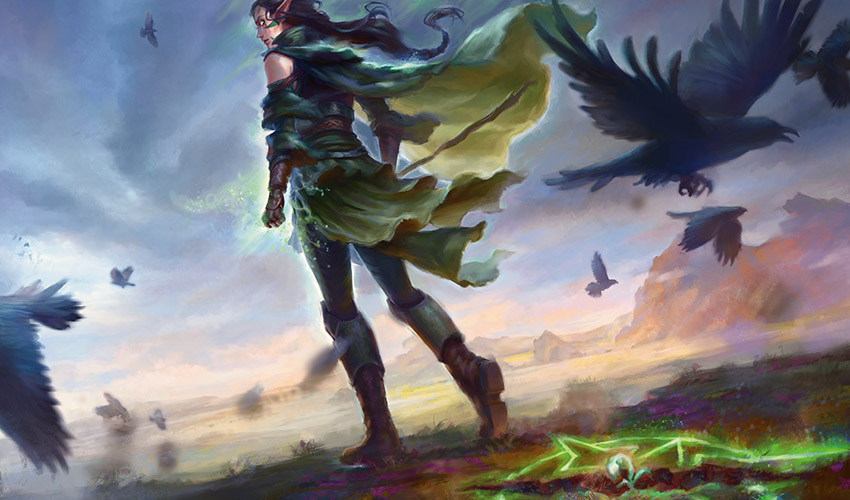 Dominaria’s prerelease brought players out in droves, and while we’ve got no official numbers on attendance (and I doubt we ever will), anecdotally it was a smashing success. Not only does the set have plenty of juice for the average player who’s joined within the last few years, it’s also a massive dump of nostalgia for the long time player. Not only have you got most of the crew of the Weatherlight in Karn, Jhoira, and Teferi, but there’s mountains of incidental references waiting to be gobbled up. One that struck me was Bloodtallow Candle, which includes the skull from Profane Momento, a forgettable uncommon artifact from Magic 2015. Who the heck needed that throwback? Nobody. But it was cool!

Reality Smasher is the muscle and might of every Eldrazi build out there, whether you’re playing true colorless, blue and red, black and white, etc. Tap five (or realistcally, three) lands, slam this bad boy down, and shove it up the nose of the poor fool unlucky enough to be sitting across from you.

Demand for the Eldrazi is ever present at this point. You can’t check a Modern event standing without expecting to see a few hanging around. There’s no shortage of reality smashing in Legacy either. Eye of Ugin is still legal there, remember.

Prices on foils have begun ticking up since the start of the month, and it may be tough to find many under $20 at this point. I doubt it’s done moving yet either. As more people realize supply has gotten low, they’ll snag up their copies before it gets too high. Before long this is going to be a solidly $30 foil, and possibly even more as time moves on.

As noted above, the Eldrazi are popular basically everywhere they’re able to be popular. Eldrazi Temple even moreso, since everywhere that Reality Smasher exists so too does Temple, but not every Temple comes with a Smasher. Hatebear is consistently a threat, and while it eschews Smasher for Displacer, it’s still packing Temples.

Eldrazi Temple comes with the caveat that supply is deep. Like, way deeper than anything I normally talk about. There’s something like 100 vendors for the MM2 copy. There’s also the original printing from Rise of the Eldrazi, as well as some Duel Deck copies just for good measure.

So why am I talking about Temple if there are so many copies on the market? Put simply, there’s way too much demand for prices to not keep moving. Virtually every person that plays Modern is going to get the itch to play something with Eldrazi at some point, and when they do, they’re going to need Temples. Several Eldrazi strategies exist too, so it’s not as if there’s a single way to build the deck.

Sol ring lands are strong, and there aren’t many legal in Modern. Eldrazi Temple is one of them, and despite a big supply today, I suspect that prices are going to continue moving towards $20.

I don’t want to sound like a broken record but it’s hard to ignore. People are going bananas for Inventions, and what’s most wild is that other people are still buying them. I’ve seen several Sol Rings sell at $300 now. Mana Vaults at $260. Crucible of Worlds at $175. Planar Bridge at $100. You can tell me until you’re blue in the face that it’s all speculators and there’s no real demand, but regardless of whether you’re right (you wouldn’t be), people are still paying those prices, so uh, all aboard.

Anything that hasn’t already spiked twice is still a viable target most likely. Even the “bargain bin” options like the gearhulks could double in price and nobody would bat an eye. What difference does it make if Cataclysmic Gearhulk is $25 or $50? Both of those sound like real, not insane numbers.

I’m not telling you to buy everything at every price. Don’t blame me if you’re paying $125 for Grindstone and then can’t find a buyer. But be aware that this is not over, and it’s not limited to Inventions either.