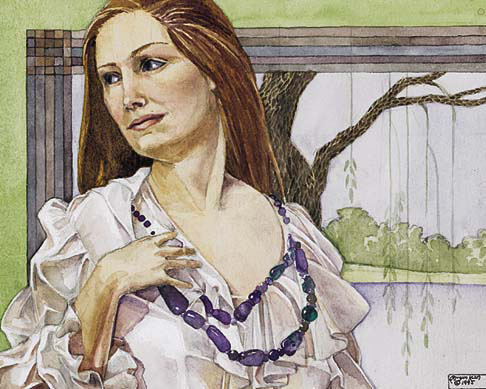 Magic finance has been good to me over the years.

I’ve been at this a while, and not just writing about Magic. I’ve done precious little buying of cards (until recently–one of my New Year’s resolutions was to buy more of my own advice) and done really well through targeted trading.

I’ve also sold cards for assorted life expenses along the way, including in 2001 when I needed a new transmission and felt blessed to get $200 for my playsets of Tropical Island and Force of Will.

All that being said, recent events in Magic card pricing are just mindblowing, and I’ve got some advice for you to weather the storm.

There are a range of factors pushing at prices right now. Let’s look at one example, a card which recently made it over two grand, pushing towards $3,000, and is more expensive than Unlimited Power: The Tabernacle at Pendrell Vale.

Let’s also take a minute and see who needs this card. Legacy Lands players need one copy (and that one copy makes up ~50% of the deck’s price, the playset of Mox Diamond is another ~30%), people who like to play the super-niche format 93-94 want it, and collectors of Legends cards want it.

Is that a big group of people? Not really. The issue is the low supply of the card, and that means there’s a battle to get the few copies available.

So this one card is worth two months’ rent, or a semi-decent used car. Use the analogy you like, but respect that people are paying that much for this card for one or more reasons.

What we also need to consider is that fear is moving a lot of these prices. People are afraid of missing out (FOMO is the acronym) on the next spike, and identifying such cards is becoming less of a skill over time, because not all prices are holding.

It went from under a buck, up to $9, and now down to $3 because no one was buying it at the $9 level. The card is AMAZING in Zedruu the Greathearted decks, and I’m forced to wonder: Given that there was enough demand to get Zedruu up to nearly $10 at one point…are there more Legacy Lands players than Zedruu players? And if not, what’s going on?

The Reserved List is not a bad thing. I said it. I mean it.

I’d like dual lands for all my Commander decks, but really, I don’t need them. I’ve got fetchable shocks and bicycle lands and other variants, plus stuff like Command Tower. Duals would be a nice upgrade but they are not a necessity. Masterpieces are in the same space, given that the MSP Sol Ring is now above $300 and pushing at $400. That’s more than a Beta Sol Ring and within $100 of an Alpha!

Magic benefits from having aspirational levels. If you master Standard, there’s Modern. Then Legacy, then Vintage. Other formats come into play, like new draft environments, build your own Cube, or get into 93-94.

None of those are necessary to enjoy the game. They are all fun, in different ways, and if you really want to get into Vintage dive in online for about $500 to buy Ravager Shops.

The Reserved List is mostly terrible cards anyway, a clear overreaction to Chronicles. Here’s a couple of example cards:

My point in all of this is that for years now, there’s been a combination of factors causing cards to go up. Speculators, collectors, people who want the cards, and people who are scared of having to buy at the high price when they could have bought at the old price.

For almost all of us, it doesn’t matter. Would your tokens deck be better with a Gaea’s Cradle? Absolutely. Would it be almost as good with Growing Rites of Itlimoc, or Mana Echoes, or a range of other cards that will be plenty busted.

In terms of financial advice, I’d suggest you look at the Reserved List and cross that with the cards you might actually play. For example, Winding Canyons is in the midst of an upward spike, it was available for $10 for quite a while and the frenzy has moved to this card, pushing it past $20. It might stabilize at $30, and then trickle downwards as people realize the new price isn’t here to stay…but the price will have gone up.

Here’s a great example of the principle at work: Sandals of Abdallah.

Sub $5 for the longest time, spiking to $30, now at about $15 for a card that is objectively terrible. The card is just bad, but it’s being collected, it’s not getting played. You have to understand that distinction and you have to embrace how the spikes will be worse for the playable cards.

So here’s a couple of RL cards that are decent candidates for a spike:

Hand of Justice at fifty cents, because I think a lot of people destroyed their Fallen Empires cards. I remember how worthless these were for the longest time.

Autumn Willow at a buck, because early hexproof is bah-roken.

Kaysa at about $4, because anthems are good.

Thawing Glaciers at sub-$20, because the judge promo is about $60, and colorless land find is always helpful.

Varchild’s War-Riders at or below $4, because sometimes the other players need creatures.

Tombstone Stairwell because lots of Zombies coming and going is exactly what some decks want.

These are just a few examples, not intended to be a prediction or a guide, but my ideas on cards that are at the nexus of the Reserved List and playability. I don’t know what collectors will do, or speculators (remember, Narwhal spiked to $10 once based on buyouts) but I know that playable RL cards have a low supply, due to the number already in decks.

If you need such cards for your EDH deck, better move fast. This wave of spikes isn’t done.