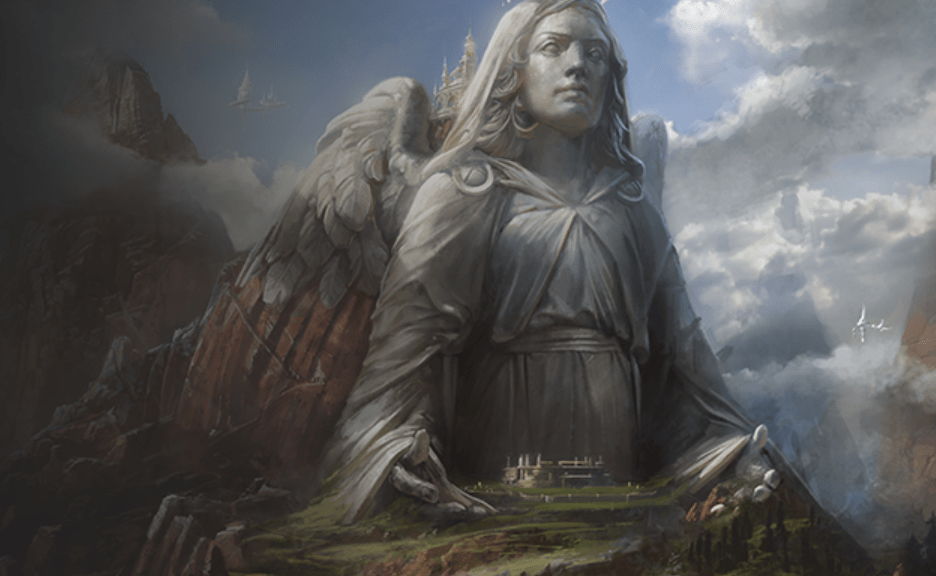 All anyone in Magic can talk about these last few weeks is the reserve list, and how everything there is going wild. Undoubtedly a few players with deep pockets are picking cards off left and right, with plenty of smaller time operations joining in the fun where they can. Is there any meat left on the bone at this point? Hard to say. I can’t imagine there are many reserve list cards that haven’t been targeted yet that you could actually sell after buying into, but who knows. Wilder things have happened.

I’m confident in two things at this point. One is that the prices on many of these won’t decrease too much, and in many cases will continue to improve, since reserve lists cards obviously aren’t showing up again. The second is that it’s almost definitely correct to sell most of them, since the rate of appreciation in most cases won’t keep up with the opportunity cost associated with holding them.

So far it has remained unknown to most Magic players that there’s a fourth Masterpiece series. Inventions, Invocations, and Expeditions are the obvious ones. We know about those. The secret Masterpiece set is what I’ll dub Explorations, that is, the Ixalan Buy-A-Box promos. BaB promos from Ixalan, of which there were ten, were flip cards (e.g. Search for Azcanta) that had alternate art on the back. All ten form the map from Ixalan, which is a nifty Easter egg, and a reason to have all ten.

When purchasing a box of Ixalan you received one at random, which means each is fairly rare individually. It’s possible a lot of players have them in their trade binder and don’t even realize they’re different, since the front face is indistinguishable aside from the small “buy-a-box” text in the bottom left corner.

All of this is to say that cards like Rites and Search, which are already popular, have obscure, limited-run special editions. Without a doubt these will get picked up by people in the know while prices are low, and eventually they’re going to get real pricey. I’m thinking $75 to $100 or more for the real good ones, and $30 to $50 for the less popular ones.

The Weatherlight has had many passengers, but so far, only one stowaway. And he’s disgusting. That’d be Slimefoot (the stowaway). He unlocked quite a few saproling cards already, with prices on stuff like Elvish Farmer having gone bananas. (Which is like six bucks, which for Fallen Empires, is bananas.) Slimefoot also plays up well known favorites, which is where we are at the moment.

Parallel Lives isn’t new to anyone; if you’ve created a token in EDH before, you’ve tried to fit this into your deck. It’s the budget Doubling Season, if “budget” is even a fair term here. You’ll find it listed in over 13,000 decks on EDHREC, which is just about as good as it gets. Tokens are a popular strategy in that format, and this is basically the second best enabler out there.

Enterprising individuals will find a few foils at $15, but not many. We haven’t seen a price spike on these recently, which means there weren’t a bunch of sub-$15 copies that were just cleaned out and now supply appears lower than it is. There’s just not that many out there. With Slimefoots hitting binder sleeves now, and our knowledge of how slow to react the EDH population at large is, I expect additional demand to begin applying pressure to Parallel Lives in the near future.

Remember Firesong and Sunspeaker? The two Hurloon Minotaurs that are only available as a Dominaria buy-a-box promo right now? That if they’re accidentally good in Standard will cost $70? Excellent decision on that, WotC. Anyways, they’re also breathing new life into Boros EDH decks, since that color pair now has a general that isn’t some variation on “shove everything into the red zone.”

As a general that rewards you for playing red spells that do damage, there’s a newfound interest in all sorts of effects that were otherwise underwhelming in the format. Heck, even Lightning Bolt is playable in a Firesong deck. Deal three damage to a creature, gain three life, then deal another three, either to the same target in order to finish it off, or to remove something else? I imagine the deck is a bit one-trick pony, but it’s probably a fairly fun pony at least.

Anyways, one of the best cards in the deck is undoubtedly Pyromancer’s Goggles, which let you copy red spells when you use it to cast things. What’s better than one Star of Extinction? Two! Especially when you gain life from the first copy but nobody else does! Goggles are an all-star in this deck, and regardless of what you’re doubling, it’s going to be somewhere between “solid value” and “game-ending.”

At the moment you’ll find foil Goggles in the $6 range, but not many. They ramp up to $10 fairly quickly, then basically straight to $30. Magic Origins is three years old this July, which is definitely in the “EDH cards begin spiking” time frame. As a card that’s unlikely to be reprinted outside of Commander product, foils are an excellent bet.

Plus, if you own this card, you can use it to cast a white spell and then gleefully shout “the goggles, they do nothing!” before passing out from self-induced culture referenced euphoria.