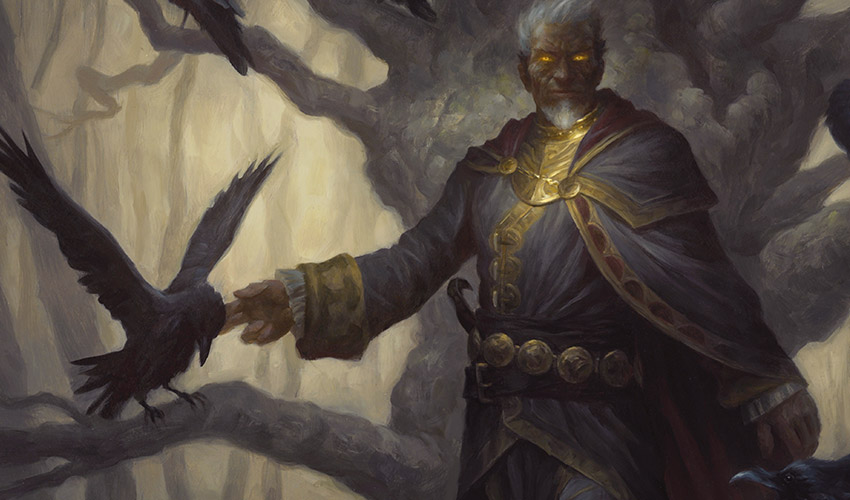 In what may be the strangest announcement day so far, we heard nothing about any future Masters sets and nothing about Commander. We did get a single spoiler for Battlebond — which has full spoilers starting today — news that there’s a three set Ravnica block this fall (which we all knew already), and finally that China is getting its own Standard format. Huh? Announcement day should be exciting and build hype for things to come. I don’t think it’s a stretch to say that literally nothing here was set up to make people excited about the next six months of Magic.

Losing Masterpieces has had at least one benefit for our types; Standard prices aren’t flattened nearly as hard as they were over the last few years. No longer are high value bonus cards shackling singles prices to an average price closer to $50 or $60 a box. Now they can stretch up towards $80 and $90, which means the highest demand cards can really stretch. Just take a look at Karn and his $60 price tag.

While Karn has been the quickest and biggest winner, there’s still room for others. We’ve seen Teferi, Lyra, and History of Benalia pick up ground too. My suspicion today is that of those, History of Benalia still has room to grow, as odd as that may seem.

Looking through a variety of Standard results, you’ll see that nearly every deck with white in it is playing Benalia. And not just one or two either, typically all four. Walking around the floor of GP Toronto I saw the same thing; knight tokens galore. History of Benalia is shaping up to be one of the best cards in Standard. If you’re control, it provides another strong axis to attack on. If you’re aggro, it’s hard to find a better use of three mana. And if white midrange shows up, I expect it will be useful there as well.

Twenty dollars isn’t a cheap buy-in price for a Standard mythic. But we’re seeing that singles prices are very different in a post-Masterpieces world. When this October rolls around and 45% of decks are running a playset of Benalia, it’s not going to be $20.

Dominaria brought with it several appealing new appealing new commanders, including the (literally) dank Slimefoot. The Saproling King, Slimefoot has given new life to an array of saproling-related cards that had otherwise languished in obscurity, Elvish Farmer chief among them. Then there’s Mycoloth.

Mycoloth is found in 10,500 EDHREC decks. That puts it in the top 50 or so most played green cards. Considering the competition, that’s impressive, especially since you probably didn’t realize how popular Mycoloth is. I sure didn’t. Not only is Mycoloth remarkably popular, but he (it) was popular long before Slimefoot made the scene. Which means we’ve got a strong base of popularity to start with, and now we’re throwing fuel on the fire.

You can find some — very few — foils around $6 right now. They’ll be gone in short order and then foils will post up in the $15 to $25 range, where they’ll sit until the return of devour, whenever that is. It’s not looking to happen anytime soon.

While I didn’t realize Mycoloth was so popular, I knew Grand Abolisher is. Making everyone shut up while you take your turn is great in all decks, and especially so in others, where you’re able to execute your combos in relative peace. Nice Path to Exile you’ve got stranded in your hand, idiot!

While non-foil reprints have shown up three or four times now, there’s still only a single foil copy available; the Magic 2012 printing. Those came out in 2011, which means this June or July Grand Abolisher will turn seven years old. How time flies, eh? Since then, Grand Abolisher has ended up as the 11th most played white card in Commander. What a fun coincidence this year; born in 2011 and now he’s 11th.

There’s a handful of foils still floating around at $20, and given how old Abolisher is, and how popular he’s been for so long, we aren’t going to see any more flooding the market. These will continue to get snagged, and then the cards just going to be $40 or $50 and we’ll all just say “oh, ok.” So if you’re interested in abolishing at a great rate, don’t sleep on this guy.