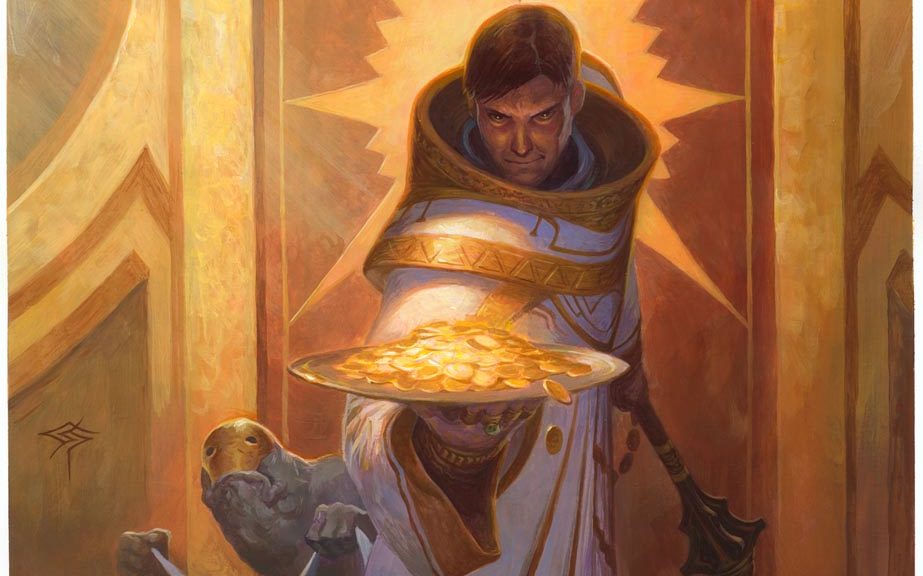 Am I the only one that feels like we just had a Banned and Restricted announcement? Apparently the last one was July 2nd, so it’s been a month and a half at least. Still. Feels like it was like two weeks ago.

Anyways, it came up blank. Mox Opal, Krark-Clan Ironworks, Nexus of Fate, Alex Bertoncini — absolutely nothing that we thought may get banned has found itself on the way out. Overall it’s not surprising. Krark-Clan certainly has the makings of a problem deck, but it’s hard to argue that it’s there already. One player spiking two GPs and mild assorted success elsewhere is hardly enough reason to pull that trigger. That’s not to say we won’t get there eventually. We’re just not there today.

Shortly after the B&R announcement went live, my lightly played Krark-Clan Ironworks (KCI) set that’s been for on TCG for a few weeks sold. I suspect that there were a fair number of players waiting a few weeks to see if KCI would get the axe. When it didn’t, they’re realizing they’ve got at least two months to jam the deck, and that’s worst case scenario. It could easily be several B&R rotations, if ever. If a chunk of players start going in on these, supply will evaporate rapidly. There’s 11 English NM playsets on TCG right now. If one player from each state decides to buy a set of KCI, the market will run dry.

Of course we’re also still talking about a single-printed uncommon from Fifth Dawn, the spring set from 2004. That’s 14 years ago, mind you. That’s older than several percentage points of players that showed up to GP LA this weekend, I’d imagine. What do you suppose overall supply looked like back then, in the midst of Affinity and a decrease in player count so significant that Wizards still looks back on it as one of the darkest periods of the game?

Modern has shown us time and time again that key components of combo decks can hit wild highs. This isn’t Standard. I wouldn’t bat an eye at $35 – $50 KCIs, and that’s without the deck becoming a tier one pillar.

Commander 2018’s release pulled everyone’s attention away from what was the hot topic prior to that, Battlebond. That’s good for us, since now the “hard work” of just letting Battlebond be what it is — scarce — can progress quietly, driving prices on singles up across the board. I don’t think it’s unreasonable to expect that Battlebond will end up having seen massive gains by this time next year.

Skyshroud Claim is probably the best ramp spell in EDH. It’s not the most played — there are about five ahead of it — and I chalk that up to availability. Cultivate and Rampant Growth have been printed a zillion times and show up in precons everywhere. Prior to Battlebond, Skyshroud Claim had never been reprinted, so it rarely made it into the “stuff that’s currently on my table” decks. With Battlebond, there may be a relative uptick in popularity.

Regardless, it’s the best ramp spell, and players that know EDH know that. Prophecy foils have been expensive for a long while for that reason. You can find played copies around $25 to $30 right now. Good luck with NM though. Battlebond copies are where many players will turn to for their foil fix, naturally, and turn they will. I’d estimate a huge percentage of players with Skyshroud Claims have non-foil copies, because the foil ones were too expensive, and they knew foils would come along eventually. Now anyone that’s been waiting for the reprint has finally gotten it. There’s even plenty of weird people that prefer the modern border to the original.

Foils at $7 are definitely going to climb. Long-time players are going to be picking up copies to replace their older, non-foil Nemesis copies, and new players getting turned on to Skyshroud claim are going to be grabbing them too. Without reprint, we’ll see Battlebond foils easily break $15.

One of the cooler looking commanders from this year’s product that hasn’t gotten nearly as much air time as the others is Brudiclad. His ability is a bit difficult to parse at first, but once you do, you can see how awesome he is. He turns all your tokens — not just token creatures, tokens — into one type of token you already control. What’s that mean? Well, if you have a pile of treasure and clue tokens, then make a token copy of Massacre Wurm, you suddenly have an army of Massacre Wurms. Cast that wrath!

Brudiclad decks are going to be looking for two engine pieces: cards that generate a lot of tokens of any sort, and cards that generate awesome tokens. Utvara Hellkite is the latter. Attacking with Utvara makes a 6/6 dragon token. Now you’ve got an awesome token to clone. Turn your 10 treasure tokens into 6/6 dragons. Good start. Now attack with all 10, making 10 more 6/6 dragons. That’s getting the hang of it!

Utvara was reprinted in Commander last year, but we’re not talking non-foils. Foils are around $10 or $11, and I imagine nearly every Brudiclad player is going to be slotting Utvara into their deck. Scroll through the EDHREC page for him and you’ll see that there’s a surprising dearth of excellent token generators. Utvara should become a lock for the strategy.

Supply is quite low, and with newfound Brudiclad demand on an already-taxed tribal card, I suspect the dominos will fall and we’ll see $30 Utvara’s before long.

Travis Allen has  been playing Magic: The Gathering since 1994, mostly in upstate New York. Ever since his first FNM he’s been trying to make playing Magic cheaper, and he first brought his perspective to MTGPrice in 2012. You can find his articles there weekly, as well as on the podcast MTG Fast Finance