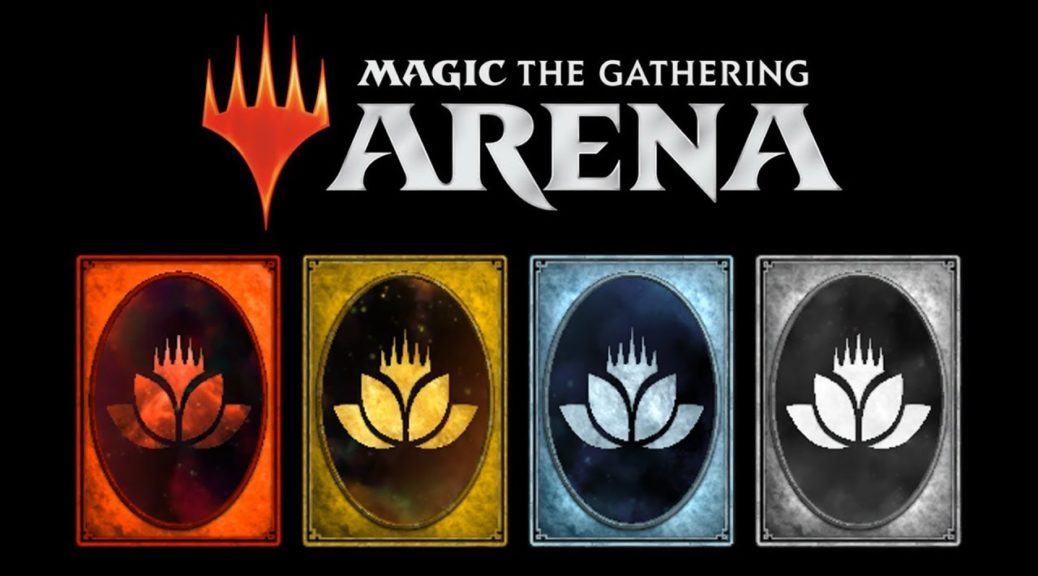 Frankly, even calling it MODO is antiquated of me. ‘Mit-Go’ doesn’t sing the same way as shorthand for ‘Magic Online Digital Object’ or whatever it stood for.

I had a whole piece written about Ultimate Masters, ready to go, and then they drop the ten-million-dollar bombshell on us.

First of all, go read the announcement. It’s dense. Read it again.

Now, let’s talk what it means for the MTGfinance community.

A momentary rant: Why on earth does Wizards always have to step on one thing with news of the next thing? Do enough people watch the gamer awards live that they felt it was worth overshadowing Ultimate Masters’ release weekend? This is a huge change in a lot of ways. Why a Thursday night, when we’re all salivating for our value-filled UMA drafts?

Well, we’ve finally arrived. Arena debuted in alpha version last September, with just Ixalan, and a little more than a year later, they are ready to warp the entire Organized Play structure around this new program. I’m relatively certain this was the plan from the getgo, and it’s something that’s been discussed here and other places.

Arena is more fun to play and watch. It’s just plain faster, too, and that’s not something to overlook. Arena is not going to replace ‘tabletop’ Magic (as they insist on calling it, when ‘paper’ has been the vernacular forever) but it is going to spell the slow ending of Magic Online in its current form.

Happily, Florian Koch just wrote about how the MTGO economy is on the decline, both due to the ascendancy of Arena and the value-killer that has been Treasure Chests. All told, the future is very clear: You’re not going to get your money back from Magic Online. I’d expect a sell-off this weekend (you know, instead of playing the heck out of UMA on its release weekend!) of impressive proportions.

I wouldn’t blame you if you wanted to get what you could, 25% of your invested money is still 25% you’ll get back. Magic Online won’t be dead tomorrow, but in all the changes announced, there’s not a single word of support for that program.

I would view it this way: It’s a way to play your favorite format (Pauper, Modern, Vintage, Legacy, Momir Basic, etc) just about anytime, including playtesting for big events that are coming up. It’s not a place to put money you want to get back. It’s already a lot cheaper to play those formats online than it is in person, and we’ll see how the economy shakes out once the crush ends.

Hopefully, you caught wind of this article too, where Elaine Chase confirms that Arena isn’t going to get older sets, and that they are figuring out what the non-rotating format will be in Arena, which she called ‘Standard Plus.’

This would appear to be the death knell for those who championed Frontier as a format. The new format starts with buddy lands and shocklands as the foundation. No fastlands, and no fetches.

Kaladesh through Hour of Devastation got wiped as part of the transition to the open beta, and frankly, I think they will keep Arena going at Ixalan and everything after. Kaladesh contains both fastlands and the Energy mechanic, problems they don’t want to face. Amonkhet block has the difficult-to-interact-with Gods, and we’ve seen how oppressive the red decks are with those sets available.

It’ll be easier to just cut those sets entirely, and that’s the gameplan I’d forecast.

What does that mean for us, in the MTGfinance world? We can’t profit off of cards on Arena, but we know that paper Magic is still going to be a huge part of the business, and let’s think about what is good right now in Standard, and Standard+.

I hope they do better than Standard-Plus for a format name. I don’t have confidence, though, turning Grand Prix into MagicFest is a worrisome sign.

Teferi, Hero of Dominaria is likely the best planeswalker in the new format. Karn, Scion of Urza is good too, but Teferi will just end the game while drawing you cards and freeing up your mana.

Carnage Tyrant at $30 might be the most solid buy right now. Big and hexproof and possibly the single best creature in the new format.

Search for Azcanta, that control staple, is down to $17 and will likely be a big player in Standard+, given that the red decks are, so far, manageable. In that same vein, I do love Treasure Map in the $5 range, and Legion’s Landing at $7.

I think the card with the most to gain long-term is going to be Arclight Phoenix. It’s already a very good card, one I was super-mega-ultra-wrong about at the beginning of Guilds of Ravnica, but there’s a principle that applies to the Phoenix, and a class of cards that gets better with every set.

Every set, there’s going to be some sort of cheap spell(s) in red, and in other colors. That means over time, in the new format, the spells and accessories surrounding the Phoenix can only get better. At worst, it maintains, but every incremental improvement will add up, and I fully expect that Standard+ will have Phoenix as one of the top-tier decks.

It’s around $28 now and while I don’t think it’ll hit $100, I won’t be surprised when it’s $50 this summer. When the new format is officially announced, the powerhouse cards of the current format are all going to spike, and this would be one of the biggest.

Also, I think that we’re going to get the new format announcement before rotation happens. Might even be six months before that, but I’d expect official word around the beginning of summer. I am not planning on being able to let these cards get cheap as rotation looms, and then they announce the new format, causing a new spike. Safer to confirm early…but with Wizards, who the hell knows.