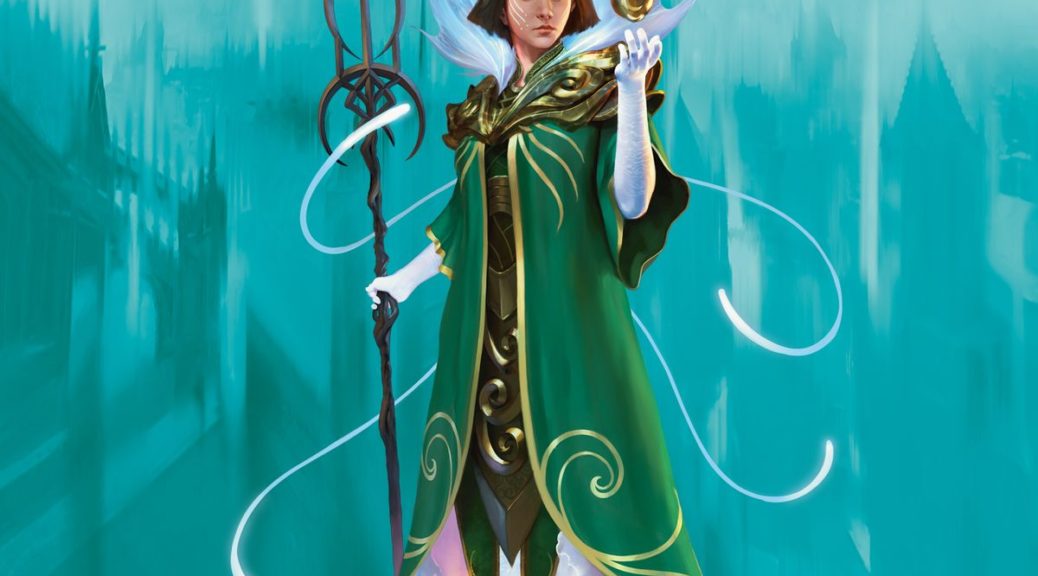 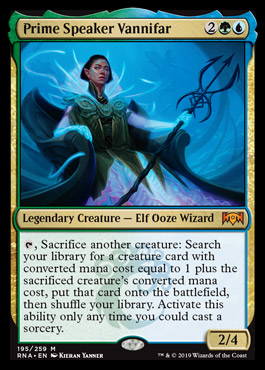 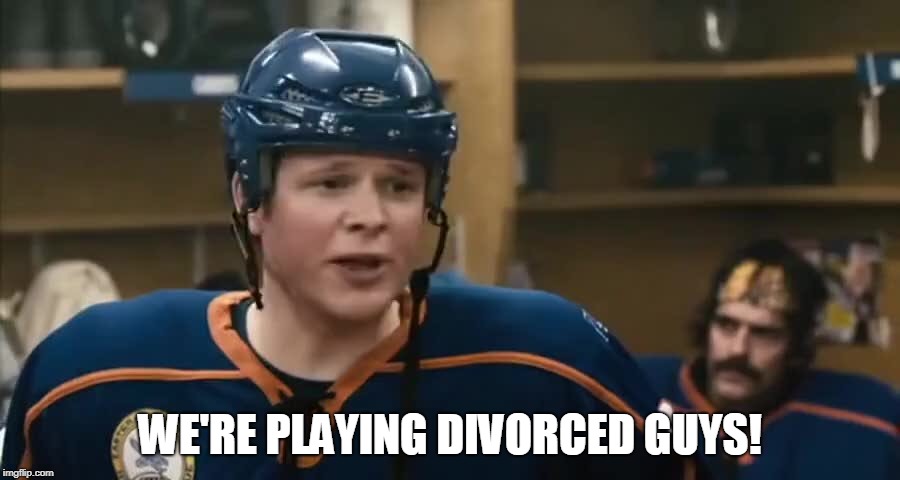 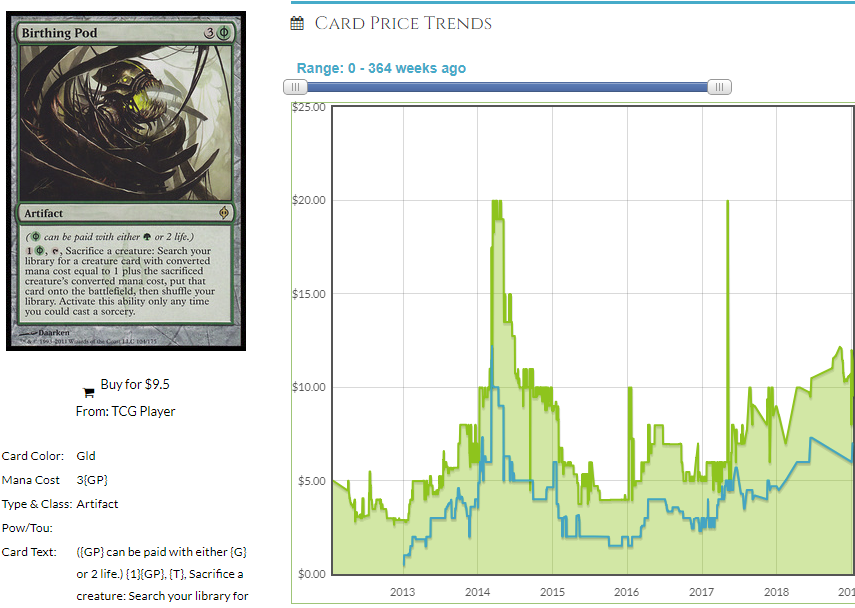 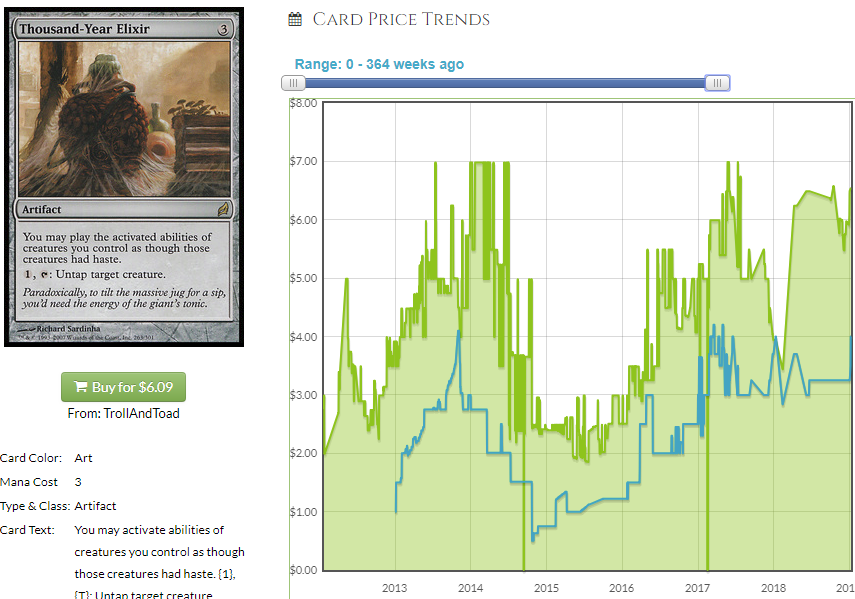 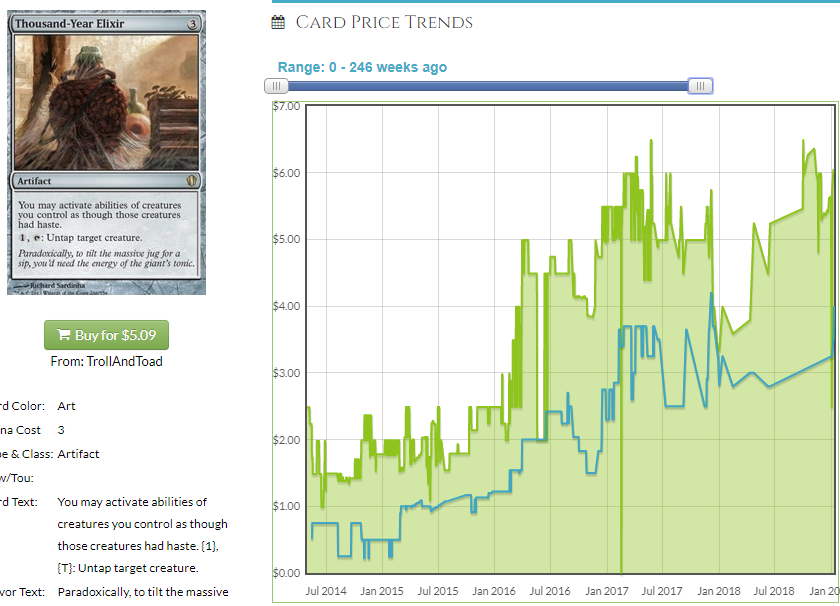 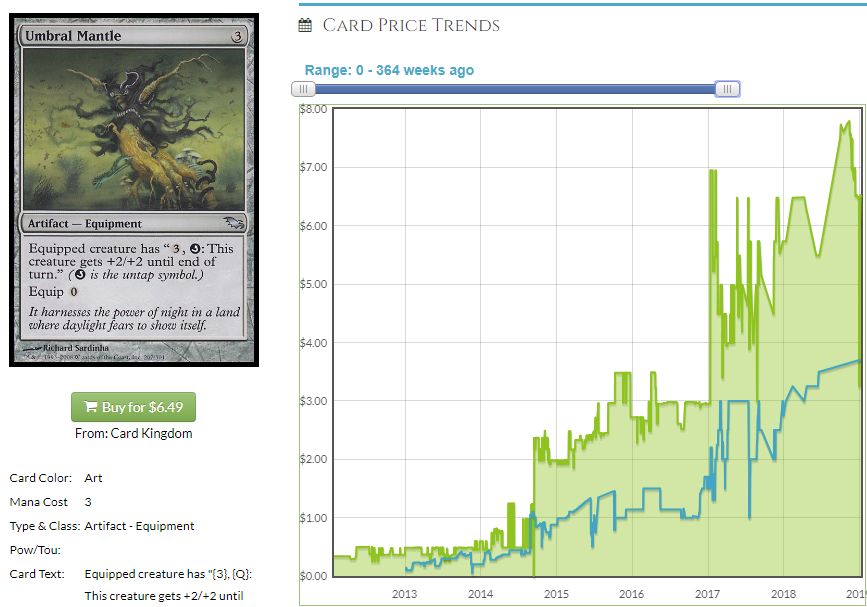 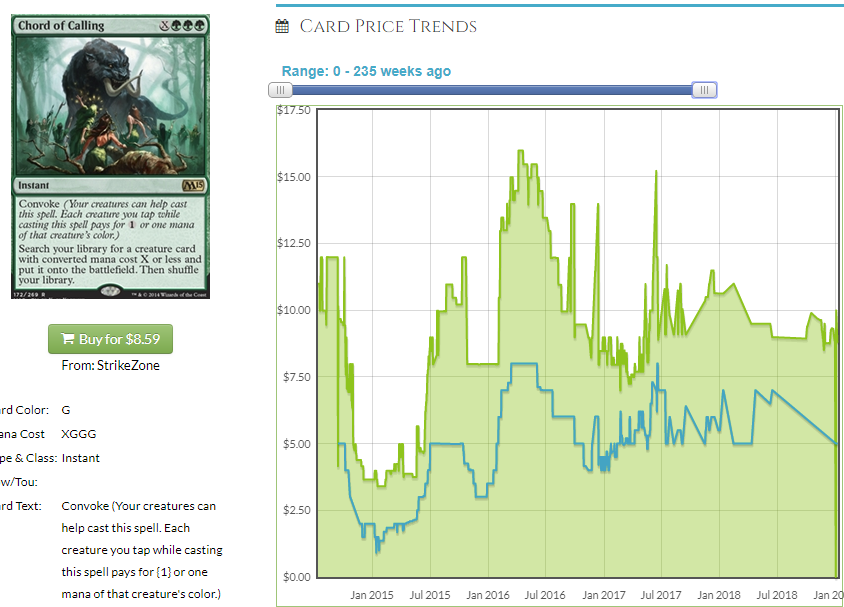 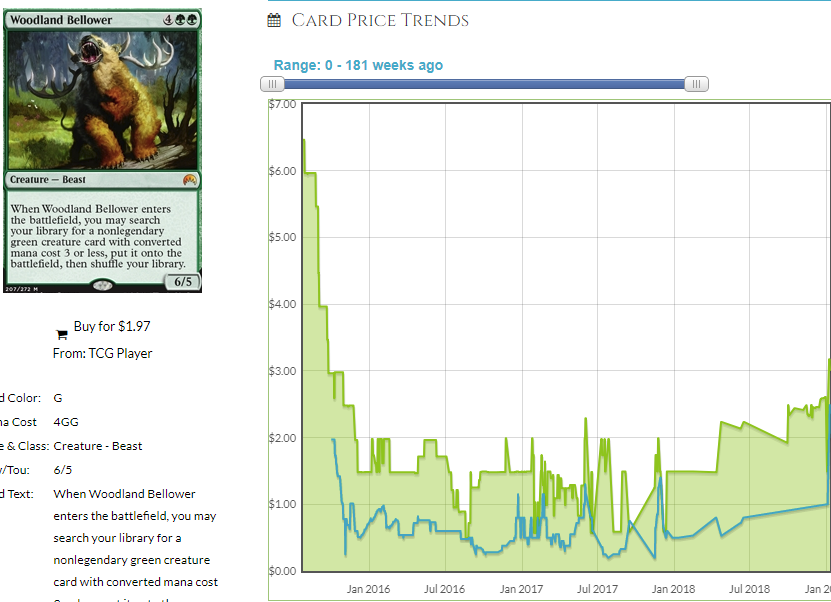 
This seems to be in every list I come across and it also appears to be ticking up slowly. It’s not super likely to get a reprint and it’s a mythic from a set that there was no real pressure on anyone to buy so for those reasons alone, even irrespective of Vannifar, I like this. Vannifar makes me like it Vannifar more. 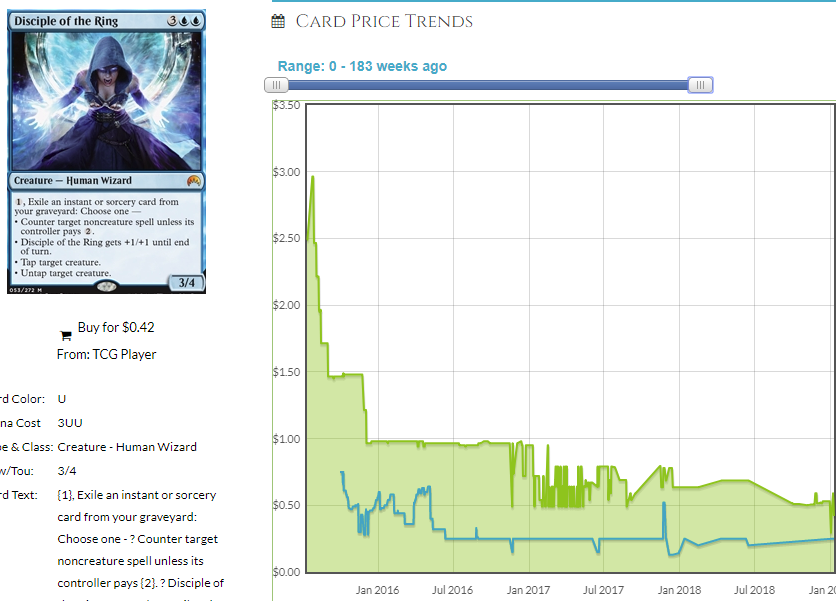 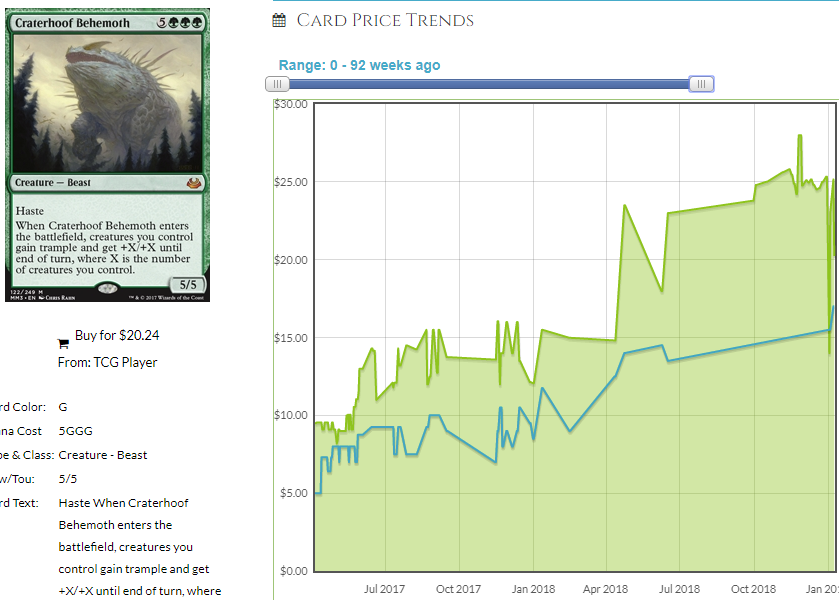 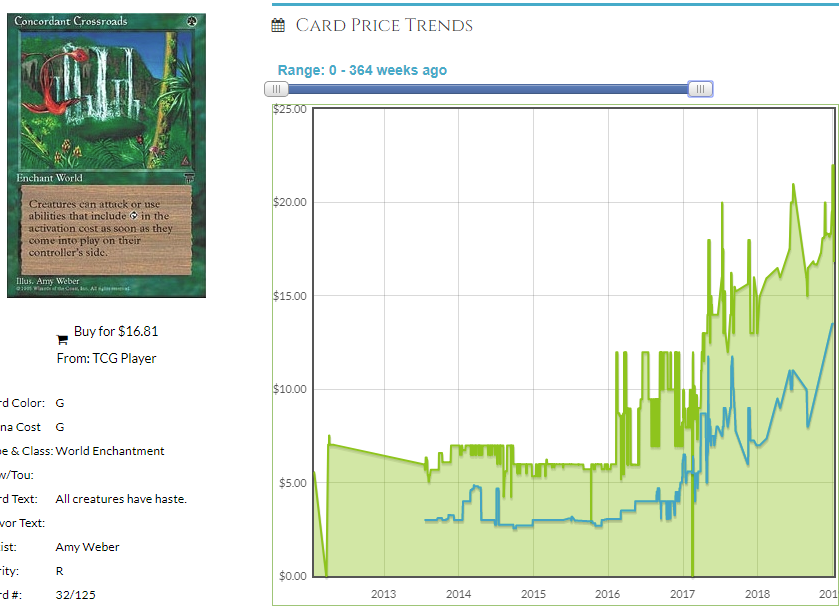