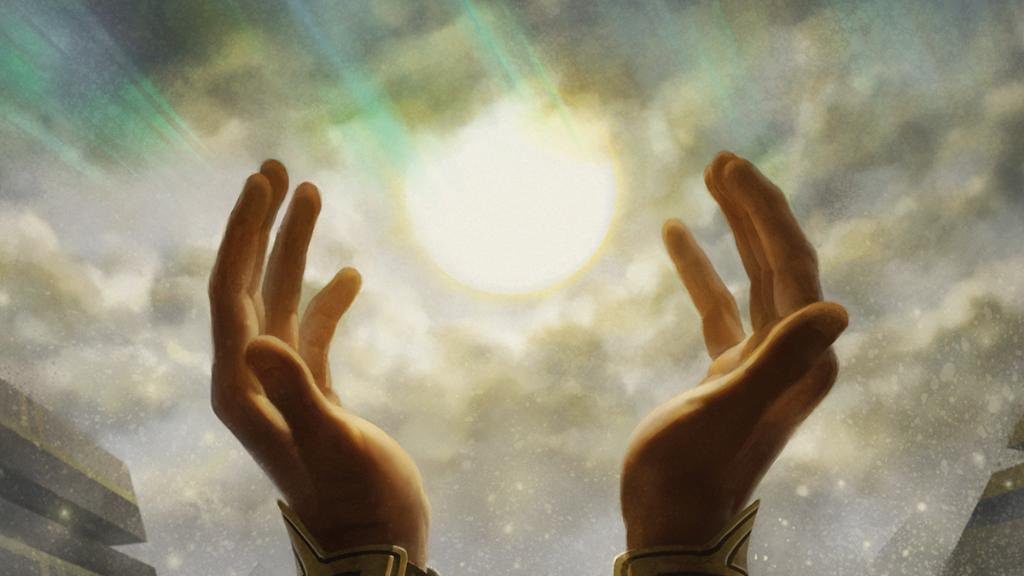 Yes, the title is corny as hell but that’s what the Internet is for these days, right? We have a lot of first-week-tournaments to look over with Ravnica Allegiance, and more than a few cards to discuss.

Some of these aren’t done, and others are at their peak. We have three months of RNA being opened in front of us, so I expect all prices to come down…well, almost all prices. You’ll see what I mean.

The little Jellyfish Hydra Beast that could, I liked buying at the preorder of $12 because I thought this was a $20+ card. I should have gone deeper on it at the preorder price, but c’est la vie.

If you have them, sell them now. There’s a few people selling on TCG in the low $20s, with an add-on of shipping helping protect profits, a sneaky trick that I wish didn’t exist. We’ve moved into the industrial-scale level of opening RNA, and this is just one mythic of fifteen. You’re not guaranteed one per box, it’s more like one every three to four boxes.

I advocate selling extra copies now, and then picking them up again in eight weeks when they will be back down in the $20-$25 range. This is going to be a fixture in Standard for its entire life.

She was under $10 before she became a staple in Golgari decks at the beginning of Guilds of Ravnica, and her position is even more important now as a clean answer to the Krasis. Yes, the other player got their cards and life, but you still have to deal with the huge trampling flyer. Vivien’s minus ability hits all sorts of annoying permanents, from Lyra Dawnbringer to Wilderness Reclamation to Treasure Map. I think she will grow by a few dollars more, as she becomes even more widely adopted.

Do keep in mind that Vivien is a terrible spec because she rotates out of Standard at the end of summer. Yes, that’s over six months away, but from another standpoint, it’s also just a couple of sets away. Finish RNA, then it’s War of the Spark, Core Set 2020, and then poof! Don’t get caught holding extras of her when she starts trending downwards in price.

None of these are expensive, but hang a big YET on that sentence. It’s a deck based around uncommons, and it’s a real deck. Gates Ablaze works very well as a sweeper, and the way Gatebreaker Ram scales to live through that sweeper is exquisite.

I also love that since it’s based around Gates, and we’ve got eleven of those (plus Plaza of Harmony, which I always think is a Gate) then you’re free to play pretty much anything you want. Nexus of Fate, Mass Manipulation, Carnage Tyrant, Settle the Wreckage…whatever flights of fancy you want to indulge in.

The core of this deck is the Summit and the Ablaze, and those will be around for a while. I expect this deck to be popular because it’ll be cheap, except for the Hydroid Krasis most of them are running. I won’t be surprised if the core uncommons get to a dollar or two, so if you hate paying high prices for cards that were once cheap (hello Lava Coil!) then keep a set of these around.

This was under $1 just a couple of weeks ago, but it’s the favored way for the Sultai decks to stay even on cards in the face of a sweeper, especially when paired with Wildgrowth Walker and some explore triggers. It’s not a four-of in these decks, as multiples get super painful, but it’s an excellent insurance policy.

For a card that was supposed to upend Modern, well, let’s go to the graph:

Ouch. $15 at one point and now people on eBay are begging you to take it at $5, and it’s likely got farther to go.

Let’s look at the card it’s been paired with a whole bunch, Restore Balance:

Now that, my friends, is a real rollercoaster ride. As Foretold, another card which triggered one of those elevator rides for Restore Balance, has gone from $6 to $7. All this price movement is based on speculation, there have only been a couple of decks trying to make this work and those are Living End decks, also running Ancestral Vision. I’m sitting this out until there’s an actual deck doing well consistently.

A note of warning, though: If this deck gets some screen time on an SCG event or a streamer takes it up, watch out. Everything in the deck will go haywire. I don’t want to place a bet on that, and I’m also keenly aware that Vision was once a $60 card:

Living End or Restore Balance showing up in a Commander product or other supplement will send prices plummeting, just be aware. I have to say, though, the $20 Iconic Masters foils of Vision are awfully tempting. It’s a safer target than the other no-mana-cost cards, because it just got reprinted, and we know for sure that if you’re running cards to exploit these cards, you definitely want to draw three for free.

This feels too cheap to me, especially as I look at Vraska’s Contempt. Yes, it’s two colors and doesn’t have incidental lifegain, which control decks love, but we also know those decks love versatility. It’s also got a bonus for being a clean answer to a planeswalker in an aggro deck, so you don’t have to waste attacks getting it off the field.

I’m not buying at $5, but I’m watching. Four dollars and I’ll be tempted, and should it get to three then I’m gleefully scooping up copies. It’s got too long to make an impact in Standard, and luckily, it’ll be in Standard for the same amount of time as the shocklands.