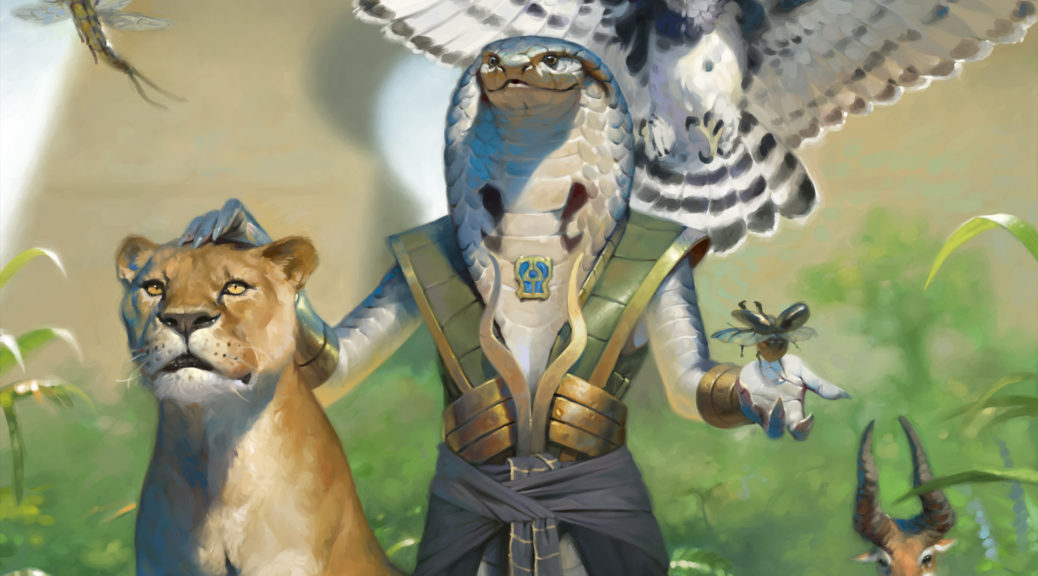 Last week we got some preliminary data about Teysa which was good and we made some moves, which was good, but as the picture became clearer, it became obvious there was some stuff we missed. It happens. We’re not going to grab every card that goes up because we just can’t think every possible thought. I could have guessed a bunch but I don’t like to recommend moves to other people based on guesses when there is so much money to be made on moves that are backed by data. You know what wasn’t back by data last week but is this week?

Spiritkeeper didn’t differentiate itself as much last week when we had fewer decks in the database and now it’s the second-highest signature card. It’s very, very good in the deck. It’s also basically too late to buy any.

It looks like there are still cheap copies. The listed median is $1. There’s still time. But is there? Let’s dig a little deeper.

The only people still holding are the pain-in-the-ass sellers who have 1 copy and are charging like $3 for shipping meaning the card isn’t $1, it’s $4 or $5.

Then you have this jackwagon with 12 copies, charging $10 for each one. This is a $10 card, it just doesn’t know it yet. This is a bit of a reminder to really check what a card’s price realistically is because just glancing at TCG Player’s home page as a card is beginning to sell out can be deceiving. There are about 36 copies of this card, 24 of which are virtually a dollar but are actually $4 and 12 of which are $10. The real average price is $6. If you can get it cheaper elsewhere, try. I had to pay $0.25 a copy plus $3 shipping on a few of the sites I buy from that haven’t updated the price and still ended up paying about $2.50 a copy that way since I had to buy from lots of individual sellers.

All of this was not to gripe that we missed the boat on Spiritkeeper or Massacre Wurm. There are other opportunities. Those specs would have required us to guess and while people who make those “obvious” buys act like people who don’t call those shots for their readers are oblivious or stupid, they also don’t talk about all the times those “obvious” specs never panned out. I make a lot of calls like that for fun but I’m not exposing you to as much risk as I expose myself to. I’m giving you advice based on analysis of data and as much as FOMO makes it feel like we should have leapt at Spiritkeeper before the numbers were in, there’s a very good case to be made for waiting. When you wait, things you didn’t expect can happen.

What Didn’t We Expect?

It seemed obvious to #TeamObvious that Vannifar was THE money commander. Buy Intruder Alarm, Thornbite Staff. Buy Woodland Bellower, that’s in 72% of the Vannifar decks. Vannifar continues to move prices, but that was if not obvious, at least predictable. Want to know what I didn’t predict and why I’m glad I saved some speculation scrilla for when we had more data? #Teamobvious missed this, too – we all did.

Be honest. Did you see the “You can’t play non-creature spells” commander getting built 28% more than Vannifar? I sure didn’t. But we have the data and we can see what’s going to move on the basis of this deck seemingly being more popular, at least in the short term, than the “obvious” deck. If people are going to buy obvious cards, we have lots of time to buy the non-obvious ones, and we won’t have to pay $3 shipping on each and every copy we buy, either.

A lot of these are fairly standard, but it’s really interesting to see what happens with one of these little guys.

This is still a bulk rare. It’s in 50% of the iterations of a deck that’s more popular than Vannifar but is that enough to do anything to the price? It’s hard to tell. The issue with non-obvious stuff is it’s not obvious. Obvious stuff sells because it sells not only to players who play with the cards but to speculators who don’t even have to understand EDH to get that obvious cards are obvious pickups. I don’t know if a combination of not being obvious and only being in half of all Nikya decks on the site are enough to pop this bulk rare, but I DO like a graph shape I saw…

… and that’s the foil. While we can’t buy at $2 like we could have a few years ago, I don’t think EDH play alone explains this precipitous rise of late.

The decks jamming old Nully aren’t exactly new. If it’s just age and scarcity and modest demand butting up against reality, it sort of accounts for the slow climb that began to jump in recent years. I think foils are a buy, but I don’t know how much Nikya does it versus them just being a good buy in general and I only just noticed.

Exhibit B is a card that JUST got a reprinting. The demand is new but so is the supply. I think Fauana Shaman is at its price floor regardless of what future demand does and a card this powerful and reprintable is a bit of a craps shoot. I think EDH in general and Nikya specifically has enough time before a potential reprint to make you some money and while I don’t know if this doubles in that period, I think it goes up. Tell a guy with a stock portfoilio you’re not sure if you’re satisfied with a 60% return and tell me what he says. You know what DIDN’T just get reprinted?

Up from a historic low, a period during which you could actually arbitrage copies of this monster, I think Vizier is poised to be a $7 card. It’s a rotated mytic with EDH chops, playability in a popular new deck, weird supply issues given people blew it out of their binder at rotation but dealers don’t appear saturated and 3 fairly powerful abilities, Vizier of Mul-Guya seems pretty healthy.

Speaking of “not reprinted” and “pretty healthy” check out the 2x foil multiplier on this card. 58% of the decks but with a 54% synergy which is fairly high indicating that, ironically, the price which leveled out 2 years ago is due for another bump. If the price climbed from $2 to $6 then without the heavy synergy with a popular new deck, this is a $10 card waiting to happen, and if the non-foil is $10, the foil will be at least $20, maybe more. Even if the prices don’t diverge, you make $8 a copy on the foils versus $4 a copy on the non-foils. You make the same rate if the prices don’t diverge (I can’t imagine a playable card will see convergence when the multiplier is at 2x, usually a soft minimum) so I guess buy whichever – I am more bearish on foils than the rest of my colleagues at this site.

With a half dozen ways to get Nikya out of the way from bouncing her with Temur Sabertooth to making her fight something bigger with Ulvenwald Tracker to saccing her to something, it’s possible to play a few non-creature spells in the deck and it’s pretty clear you want to be on Primal Surge. This is a slam-dunk inclusion, it’s on its way up, buylist price is approaching retail, it has no reprints, it’s an 8 year old mythic and I don’t actually need andy more reasons to buy this at $3 and watch it hit $10.

Check the rest of Nikya’s page for more spicy goodness you might want to run yourself and if you buy anything for your deck, buy extras because others are going to be thinking the same thing. Sure, some of the obvious stuff went up between articles, but there’s no reason we can’t make a ton of money just being patient, not gambling and waiting for the data to trickle in. Because we did, no one is fighting us for Nikya staples even though they should sell better to actual players than Vannifar cards. This is why we wait. Speaking of waiting, if you wait until next week, I’ll be back with another article with more tips. Until next time!