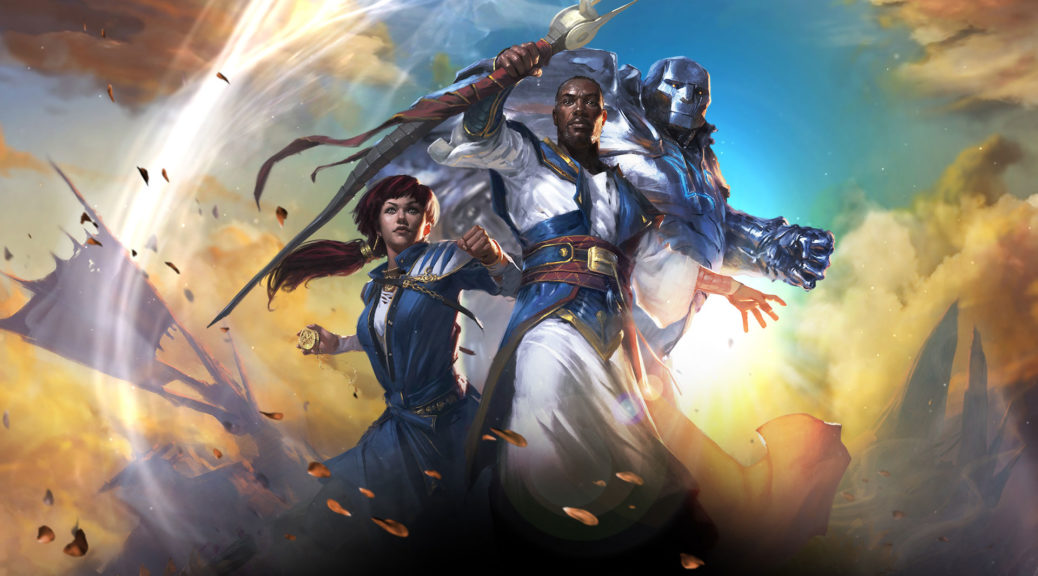 Dominaria was one of the best draft sets of all time. I don’t think I’ll ever have as good a time in Limited as I did when I could draft Dampen Thought in 3x Champions of Kamigawa, and Spider Spawning decks will make me happy no matter the format, but Dominaria was awesome.

It also gave us one of the most expensive cards we’ve had in Standard for a while: Teferi, Hero of Dominaria and icon of UW control’s ideals.

Teferi represents a test of something I’ve usually been good at: figuring out what price I want to buy at as the price comes down pre-rotation. He’s only one of a few cards from the set that I need to think about, though:

When I’m deciding what to buy in the summer, I start with the numbers. How much Commander play? How much Modern/Legacy use?

Teferi sees some play in the older formats, frequently seen as a 1-2 of in assorted control builds and often next to 2-3 Jace, the Mind Sculptor. I don’t think that’s enough to keep his price above $40, and I’m expecting a trickle downwards to $30. Am I getting in there? Maybe. The soon-to-be-previewed Challenger decks will make a big difference. EDHREC has him in 1300 decks, which is interesting considering that Oath of Teferi is in 1600 decks.

If he’s reprinted and he drips down to $25 or so I’ll grab a couple but five mana is a whole lot and he can’t close a game like JTMS does. I’m pretty sure I’m not a buyer.

I’d forgotten that Karn was once significantly more expensive than Teferi:

I mean, holy crap. $60+ for an in-print card? This version of Karn fits into a wide range of strategies, but the minus ability gets him into decks ranging from Death and Taxes in Legacy to Colorless Eldrazi or Hardened Scales in Modern. The caveat here is that he’s mostly a one-of and not a must-play-four sort of card.

That being said, I’m very intrigued, and I’m not going to mess around with the nonfoils unless they drop heavily as rotation approaches. The promo is something I want to buy, especially if I can work eBay/TCG promos for another 10-15% off. I grant you that the second edition of Mythic Edition didn’t sell out like the first did, and supply is still out there, but this is the headliner in terms of what sees play in Eternal formats.

I have to say, this is one of the cards I’m highest on right now. The nonfoil is up a little recently, but the foil can still be had under $30 and that’s where I really want to be.

I thought it was a garbage card even in Commander, where EDHREC has it in at over 1800 decks, but I’ve come around and I’m especially convinced that eventually it’s going to get broken right in half in Modern or Legacy. We know how powerful Moxes can be, even with restrictions like Mox Opal has.

I’m a buyer this summer, and hopefully it’s down to the $7 range, but any foil under $30 is something I’m buying or trading for with glee.

The enemy checklands are all tempting but Sulfur Falls is the most played by a healthy margin. Yes, there’s a supply from Innistrad already out there but that was released in late 2011, and time has soaked up a lot of copies.

Here’s the graph for the Innistrad foil version, and keep in mind that the Dominaria foils entered the market in April of 2018:

A modest blip, and we’ve got 17,000 EDH decks taking up copies, plus all the casual decks ever, and the toll that seven years took on the Innistrad copies…I think you should be buying foils at $14, and more so if it trickles down in price.

Especially with the nonfoils and foils being so close in price, don’t mess around. Buy the shiny versions.

Yes, that’s a lot of printings but I’m going to have a hot take here: The Dominaria art is vastly superior in terms of art and foiling. I think the FTV’s base art is better, but that foiling process sucks and therefore it’s worth less.

These foils were all higher before Dominaria came out, being in the $15-$20 range except for the Mirrodin foil which will always have a bigger premium, since it’s the first and oldest. All the foils have come down in price, but this is in 43,000 Commander decks, the #18 artifact overall, above Top and Mind Stone.

This will correct upwards, slowly but surely, and this is your opportunity to get them at their cheapest. It’s not going to spike, there’s too many copies and versions, but I love buying staple, popular foils when they’re cheap, waiting a little while, and trading them away. I’m a buyer for the foil Dominaria versions at $8, or even less given the right auctions!

2 thoughts on “Buying up Dominaria”