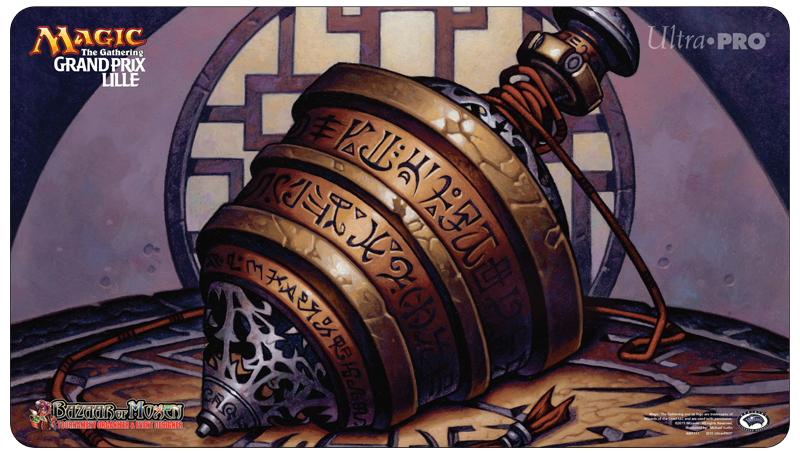 That title isn’t a pun, I literally just couldn’t think of a pun with the name of the card and you don’t care about the pun titles. No one has ever sent me a message telling me I made a sweet pun in the title. Well, on this site, anyway. My puns are lauded on Coolstuff. LAUDED. I give you people metaphorical GOLD and all you want is literal gold in the form of money-making specs. Fine. You’ll have your specs. I’m writing this super early for Pro Traders because this card got spoiled today and I think it matters. Let’s take a look at the card I mean, first off.

Look at this flappy boi. It’s like Young Pyromancer turned into a goose thing. This puts you in Monastery Mentor colors in EDH and gives you access to Cathars’ Crusade if you want to beat them down, ways to tutor for an Isochron Scepter and a Dramatic Reversal to throw on it and plenty of other madness. Here’s what I think has a chance of going up, probably in the next 48 hours, if people think this deck matters.

For the record, Competitive EDH people seem convinced that this is a really viable engine so on top of this likely to be appealing in the kind of EDH played by 90% of the community, the deck could potentially have legs in cEDH as well. Does that do anything for prices? Eh, yes and no. cEDH decks are super homoegenous so the staples are going to get played in most builds in that format, but they’re cards that were already expensive because they’re good in everything. Take a look at a build for Kykar someone on the cEDH sub came up with. Granted he shot from the hip, but all of their decks are built this way.

WHAT IS THIS, A DECKLIST FOR ANTS?

This deck is jammed with tutors, countermagic, card draw and like, 10 Kykar-specific cards. It has a way to get both of its creatures into play and that sets up the Sensei’s Top/ Future Sight combo which makes 80 birds and draws the deck. It’s very consistent and that’s what cEDH is about, but Kykar won’t move the needle on Merchant Scroll or Wheel of Fortune or Rhystic Study. I think people building casually will move the needle on cards not played before and that’s why I acknowledge what cEDH is doing but don’t see much opportunity to make money in it, and I’ve talked about that a lot recently. Go back to my articles about Vannifar for a more in-depth discussion about it.

I don’t have EDHREC data yet so I’m going to talk about cards I think are in immediate danger of repricing themselves in the next few days. This is where Pro Trader really pays off.

Down quite a bit from its all-time high, Echoes is poised to go right back up, especially in the near term. It’s already rebounding a bit, and between Slivers being reintroduced and Kykar doing crazy shenanigans, I think Mana Echoes pops this week. It’s tough to reprint and it was $35 when they decided what was going in Commander 2019 so I think it’s safe for now. If you want these, I wouldn’t wait for it to get cheaper, especially since it’s recovering quite a bit.

This seems to rise from the ashes stronger each time it’s reprinted. Skullclamp is already a real workhorse in Teysa, a deck people are still playing, and it’s going to do even more work in this deck. It’s even easier to keep the party going because you can sac one spirit to pay the equip cost on another and keep the old grip full. If you have Saheeli, or Sai, or Monastery Mentor or Young Pyromancer or any of the myriad ways to make 2 tokens per spell, you’re going to draw your deck. Seems good. This has a lot of printings but also a lot of upside in the near term.

Pepperidge Farm remembers when this was a $10 foil. It’s not quite the insane, take-Modern-by-storm deck it once was and people are off it, mostly, but the foils ended up in the hands of dealers who are ratcheting their buy price (the blue line on the graph) and this card is going up regardless. I think it’s actually just insane in a Kykar deck and maybe the non-foils pop as well, but the foils are for sure in play, especially since this is one of the few cards cEDH decks aren’t already playing that they will play in this.

I don’t know how much Kykar can push this, but it’s in a deck that no one bought much at the time but which is super worth popping now given the $150 worth of cards in it. It’s not an easy card to get and Kykar is the perfect deck because you can get away with only running 2 creatures. You have plenty of tokens to sac and then you just hit Kiki combo or Ilharg and Medomai or something brutal and just win. This is the best Polymorph variant, and between the mana rocks you should run in the deck and the fact that this is more like a 4 mana spell than a 7 mana spell, it should be pretty easy to get this to go off. I think the deck is worthwhile if you can get it cheap since it has 3 $20 cards in it, and I think this card is good in Kykar. Thanks for coming to my TED talk.

The internet is getting cleaned out of these so find them while you can. The Izzet Vs. Golgari deck is a good source of them – I bought a ton at Target when it was new and I am still sitting on them sealed despite watching Grave Troll rise and fall and Life From The Loam spike and get reprinted. It may be time to dig them out. There are Japanese versions of that deck floating around and it’s tough for dealers to move those copies, so take a risk on that and hope people are interested in those, or scour obscure sites for a few loose copies. The price basically double today so even if you have to pay like $4 shipping per copy at the old price, you’re still up.

That’s all the news that’s fit to print. I don’t usually write my article a day early but you deserve it. Thanks for reading. Until next time!

2 thoughts on “Unlocked Pro Trader: Getting A Jump On The Competition”