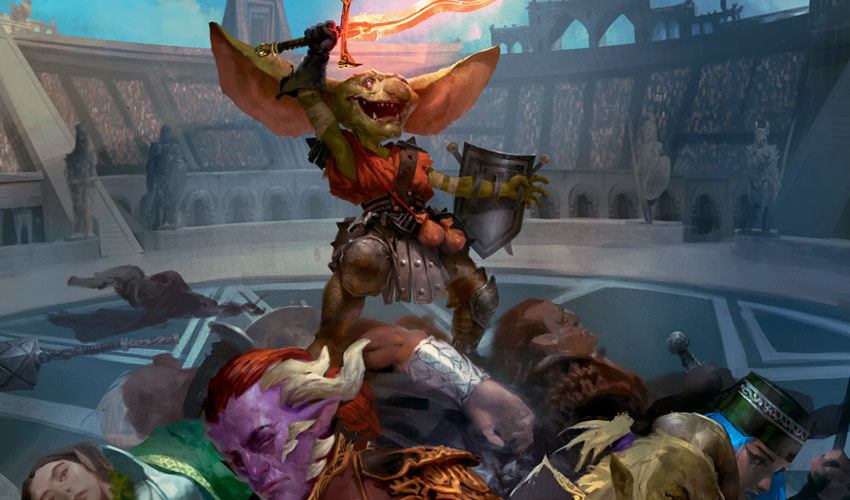 Magic 2020 spoilers started today, which uh, alright. Modern Horizons completed on May 31st, barely over two weeks ago. Then it wasn’t officially released until June 14th, which was three days ago? So a brand new Modern-themed set was released for sale three days ago and we’re getting spoilers for the next set? Gahh. But then once M20 is released in mid-July, we’re done until like September or October? I don’t know you guys. This release schedule is maddening.

A theme hinted at with the Chandra reveals last week, and basically confirmed today, is that there’s an elemental theme in RG. All three Chandras mentioned elementals in some manner, and there’s an uncommon elemental lord that’s obviously meant to support a draft archetype. How hard elementals are going to be pushed isn’t clear yet, though with one of red’s mythics an elemental knight, and a leaked green rare a basic elemental, I think it’s fairly clear.

With elementals returning in a seemingly big way, the first place to check is Lorwyn. A keen observer will notice that both Horde of Notions and Flamekin Harbinger foils, the two cards most likely to make it into an elemental EDH deck, have already been aggressively purchased. With almost no supply and a large gulf between the market price and the cheapest foil, it’s obvious someone went after those with a plan.

Primal Beyond has been chased down as well, with foil prices having sat at $10 for the last three years. You’ll pay about $20 for one as of Monday morning. If someone has already gone after all the foils of the most obvious elemental specs, including Primal Beyond, is there anything else we can do with it?

Sure, buy the non-foils. Primal Beyond is still going to be the first card written down under the ‘lands’ column of every single elemental EDH deck. Why wouldn’t it be? It’s a faultless 5c land. And for our purposes, supply is rough. While the foils are virtually gone, non-foils aren’t too far behind, with less than 25 vendors selling NM copies, and few have more than one. If elementals catch on this summer — and I want to stress the ‘if’ in that statement, since we do not know if they’re going to be popular yet — the last remaining Primal Beyonds will disappear quickly.

While Hogaak is the new hotness in Modern, the Vizier/Devoted combo keeps on trucking. It popped up in second place in a MTGO Modern Challenge a few days ago, and exists as the premier infinite mana combo in Modern. Plenty of cards are evaluated with this as a backbone behind a new strategy. Most recently Finale of Devastation out of War of the Spark was considered in light of the existence of these two, as it fills a role similar to Chord of Calling that could perhaps function better. We’ve also seen the Karn/Mycosynth combo used along with them, and other ideas that don’t always make it to a top eight.

Point being, Vizier of Remedies and Devoted Druid aren’t going anywhere. It’s a two card infinite mana combo that can win the game on turn three, and possibly turn two if you’ve got some help from a Simian Spirit Guide or Gemstone Caverns on turn one. Devoted Druid was just reprinted in UMA as an uncommon, and with nearly 200 vendors of non-foils and close to 100 for foils, not counting the Shadowmoor copies, it’s going to take some time to burn through that.

Vizier is looking different. There’s less than 40 foil vendors on TCG, with barely more copies than that. You’ll pay roughly $3 each, though with so few vendors carrying more than one copy, shipping is likely to push it above that. If you can find multiple from a single source, that’s going to be helpful. People are going to keep playing this combo, which is two four-ofs, for as long as its legal. And so long as it is, they’re going to keep buying sets of the foil uncommon. A few more people doing that this month is going to mean this isn’t a $3 card any longer.

Ahh, Battlebond. It was summer of 2018, the warm air a somnial blanket wending through our homes, and we were blissfully enjoying all these wild new EDH cards. Now, a long 365 days later, we’re blissfully enjoying all the wild new EDH cards in War of the Spark and Modern Horizons while Battlebond quietly disappears from shelves, binders, and crystal commerce inventories.

Diabolic Intent was a welcome reprint, with the last time the card had graced the inside of a booster pack (under normal distribution) was Planeshift. We saw it as a reviled Amonkhet Invocations, the card frame that ended the Magic community’s love affair with Masterpieces. Planeshift non-foils were pushing $15 at the time, and foils have been over $50 for nearly three years. The BBD copy came out of the gate to match that, bottomed out at $16 or $17, and is creeping upwards.

There are 27 foil NM BBD copies on TCG right now, with about half over the $20 mark. At 10,000 listings on EDHREC, there’s certainly demand for Diabolic Intent. The introduction of Yawgmoth has sent players to the drawing board for a new mono-black commander, and Diabolic Intent is a popular inclusion. PLA foils are sitting at $55 and Invocations are $35, so a double up for the BBD pack foils is certainly in the cards.