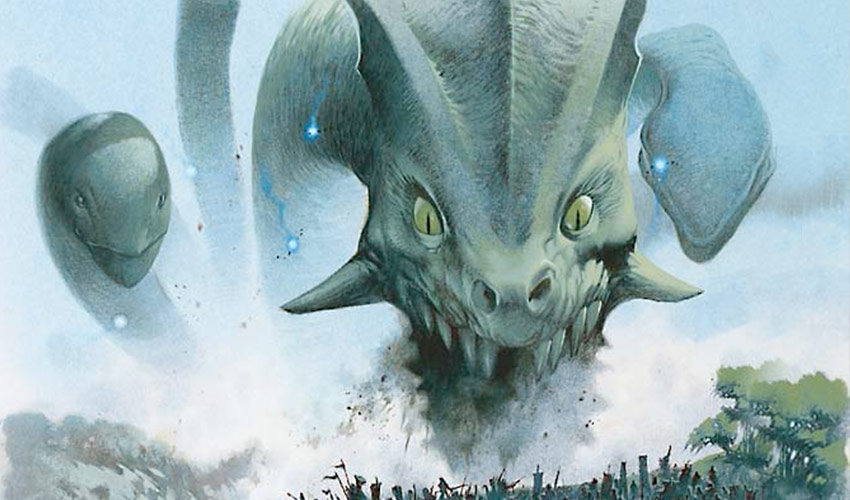 Alright guys, hang on here. All of the Magic 2020 spoilers are out, the set releases this weekend or something, and then we can breathe free and easy for at least a few weeks. Commander 2019 is due out August 23rd, and if we get two weeks of spoilers, that means we’ve got possibly a full six weeks without any spoilers. Six whole weeks without checking Twitter compulsively (yeah right), six whole weeks without arguing about whether a new combo works (as if), six whole weeks without needing to scurry to buy new cards (sure). We even got the SDCC promos revealed last week, so we don’t have that hanging over our heads either. Enjoy your summer! You’re free!

SCG hosted a Team Modern Open this past weekend, which brought out plenty of Modern Horizons brewing. What quickly caught my eye was seeing Grixis Urza in both the second place team’s stable, as well as fourth place’s. Grixis Urza is the abhorrently named, latest iteration of Lantern Control, a deck which strays further from its roots and god’s light with every passing tournament. To be fair to the naming convention, I’m not even sure you can consider this deck anything other than a cousin to Latern[less] Control, as other than the archetype-agnostic staples of Mox Opal and Mishra’s Bauble, the only real card in common is a single copy of Ensnaring Bridge.

Of course, with four Goblin Engineers, that one copy of Bridge plays more like five. And even more than that, honestly, since Engineer will let you recur it should your one copy be destroyed. It’s in this way that a single copy of Bridge feels, to opponent and pilot both, to have a nearly limitless number of copies in the list. That’s the more understated half of Goblin Engineer; you’re able to recur a specific artifact over and over, typically after having tutored for it, granting pilot far more mileage out of a single copy than would otherwise be able. Expanding on this, you’re able to cut Bridge slots for other powerful artifacts, and each becomes fetchable during each game, representing a major hurdle should your deck be stymied by Ensnaring Bridge, Pithing Needle, Grafdigger’s Cage, or whatever else.

Grixis Urza (ugh) is just the beginning for Engineer. We’re going to see a lot of this card in Modern over the coming months and years. It’s flexible, cheap, fast, and has two relevant abilities. Prices are down in the $3 to $4 range at the moment, which is sort of surprising, given that this is perhaps the most Modern playable rare of the set. Supply is deep, which isn’t surprising, as vendors are still trying to liquidate their initial inventory that was only put on shelves a few weeks ago. Come the fall it’s not going to look like this, and there won’t be too much more added to the global stocks, as player money is going to be tied up with Magic 2020, Commander 2019, the fall set, all while dissuaded by Modern Horizon’s higher pack prices. There will be a day that Goblin Engineer is $10 or $15, and it’s only a question of when.

Magic 2020 brings with it several new wedge commanders, and each is going to spur price movement. I’m inclined to believe the leader of the pack, at least in terms of overall popularity, will be Yarok, the Desecrated. It’s not hard to understand why; he is literally Panharmonicon on a stick. Like, the exact same wording. Foil Panharmonicons as a result have been quite liquid, and TCG low is up to $22. That’s a health gain from the $10 you would have paid for them this time last year. Once Yarok has actually hit the street and is in players hands, supply is going to start to feel the real pinch of players building it. That’s Panharmonicon though, and not what we’re talking about.

Rather, I’m looking into Tatyova this week. Tatyova is an uncommon — yes, uncommon — from Dominaria. There are few cards that are such a clear distillate of their color pair. A merfolk Druid, every time you put a land into play — not play, but put into play — you  gain a life and draw a card. That’s blue and green to a T. This utility hasn’t gone unnoticed, making Tatyova one of the most popular cards from Dominaria, and seating her at a respectable 52nd rank of popular commanders over at EDHREC. That’s no small feat, considering how long many of those commanders have been available. She’s only going to improve her position from here, as what Yarok deck isn’t going to play Tatyova? None of them, that’s how many.

Dominaria has a few seasons under its belt, and as a result, inventory isn’t quite as robust as MH1. There’s maybe 30 vendors on TCG with foil copies, and for the most part, those are sold as singles or pairs. It’s a similar story with the buy-a-box promos. As players start to build Yarok, expect inventories to drain and prices to rise.

Reki, the History of Kamigawa

Kethis, the Hidden Hand is a commander that plays in a space that’s otherwise sparsely populated. He rewards and encourages players that stuff their deck full of legendary spells. There’s a few payoffs for this out there, though not as many as tribal, or artifacts, or whathaveyou.

Immediately I went to Reki, a card that has stuck with me for no particular reason. I’ve never sleeved up the card a single time, yet I recalled it instantly when looking at Kethis. Reki is an old card from an old set; Saviors of Kamigawa specifically. You can’t pick a card better suited for Kethis. He’s going to reduce the cost of virtually every card in your deck by one, and cantrip each time you cast any of those spells? Yeah that sounds perfect. If you’re building Kethis, you’re including Reki.

Typically I’d want to search out foils here, but those jumped a year or two ago and now cost upwards of $50. There’s possibly room for those to grow from here, but it’s going to be tough selling these for $80 or $90. Instead I’d rather focus on the non-foils, which you can find scattered copies of in the $8 to $9 range. They’ve been hanging out there for awhile, so this price isn’t the result of Kethis’ reveal. Once players start cracking Kethis in their M20 packs and begin crafting their 99, Reki is going to be one of the first cards into the shopping cart. It’s not going to take long at all to eat the remaining inventory out there.