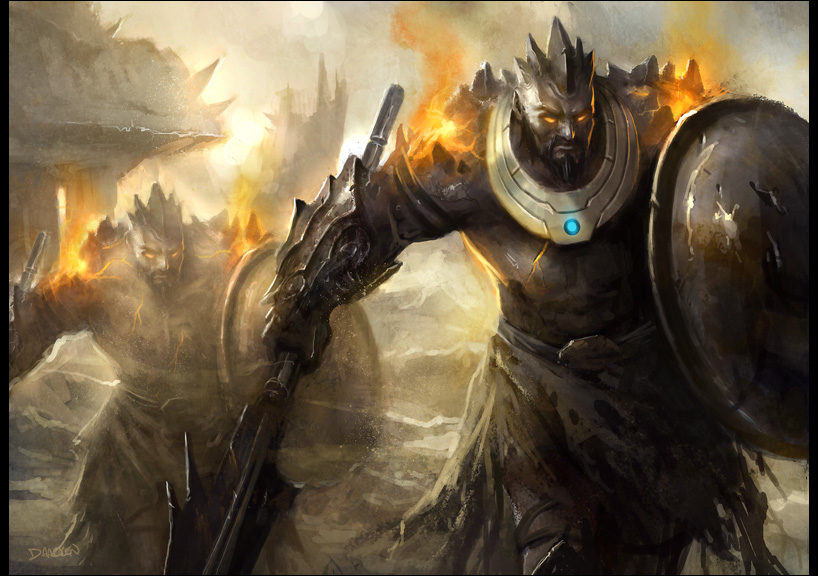 Vegas begins this weekend, and it’s disappointing, but the luster is definitely gone. When they were once every other year, aligned with Modern Masters releases, they were just often enough to remain an exciting spectacle you wanted to make an effort to attend. As a yearly event it’s just another con, competing for vacation time for Origins, Gen Con, HasCon, and all that weeby anime crap. The twist of the knife this year is that Hogaak is going to remain legal until August 26th, after the main event, which means there are going to be no exciting results or decks coming out of this event whatsoever. I’m sure those on the ground floor are going to enjoy it thoroughly, and I can’t say I wouldn’t too were I there, but it’s no longer the must-attend it was in years past.

A week on and Atla remains the seemingly most popular commander out of Commander 2019. How could she not? Eggs. K’rrik and Kykar are doing their best to keep up, but they’re barely 2/3rds as popular. Perhaps that will level off after this weekend, when the product begins hitting store shelves, and the community that isn’t pre-posting decklists begins to actually unwrap some cards.

In any case, it’s hard to imagine a more fitting card for Atla than Ashnod’s Altar. It comes down fast and easy, gives you a painless sac outlet for your eggs, and best of all, saccing an egg gives you the mana to make another egg! What’s not to love. Find a color-shifted Intruder Alarm (such as Thornbite Staff) and you’ve got a machine that will put every creature in your deck into play. The only questions left is whether Atla herself is laying those eggs, and if so, how.

Ashnod’s Altar lands in nearly 30,000 EDHREC lists, suitably earning “wildly” as an adjective to describe its popularity. Sac outlets, especially free ones, are useful in nearly all EDH decks, and 30k is probably too low, honestly. Copies start in the $15 range and ramp up to $18 and $20 quickly, where there’s a short ramp to $30 and then no more stock. The fact that this isn’t already in the $40 range is because it’s an uncommon, rather than a rare. With an already impressive resume, and Atla adding to the pile, we may see prices in the $30 range before too long.

Doing his best to keep up with Atla is K’rrik, Yawgmoth’s thousand year old son. What does “son of Yawgmoth” even mean? Did Yawgmoth, as a human, procreate? By the end of the Weatherlight saga he was so evil he wasn’t even corporeal. Is the title of “son” more formal or metaphorical than literal? My technique for finding this answer is posing the question here, and waiting for one of you to tweet me the answer (cite your sources).

Any mono-black deck is going to be interested in Crypt Ghast, and K’rrik is no exception. Extort is exactly what he wants, since paying two life to deal one to each opponent and gain three is a net win for the K’rrik player. Doubling your mana is of course also excellent, since it pays for the colorless requirements of cards, or saves you life, or works with K’rrik isn’t in play. 80% of listed K’rrik decks are running Crypt Ghast, which is impressive considering that a non-foil version wasn’t even in the list this year.

Crypt Ghast is no Ashnod’s Altar, but few cards are. You’ll still find him in 15,000 lists though, which means Ghast is something like the 9th or 12th most played black card in the format. That’s a juicy boy. I remember calling these foils back at $5 or $7 or something, so you’ve made a profit if you’re still holding on, and if you already sold, it may be worth considering another trip. Supply is low and K’rrik is going to drive additional demand again, and at the same time, Gatecrash isn’t getting any newer. If this fall sees a re-release of MH1 rather than a new product ala Ultimate Masters, you’ll be golden on reprints for at least another six months after too.

It’s easy to get hung up on the first several entries for the most popular commanders this week, all hailing from C19 or Magic 2020. Scroll down to this month’s most popular commanders though, and right there in slot number four is Atraxa, Praetors’ Voice. Atraxa remains the most popular Commander in the modern history of the format, with something like a 40% lead on the second highest (which is Edgar Markov, if you can believe it). People like proliferate, things keep coming out that make proliferate good, and people are going to keep making Atraxa.

One card in Atraxa that’s looking well positioned these days is Inexorable Tide. The most prolific (heh) card in Atraxa is Astral Cornucopia at 70%, meaning Inexorable Tide is the 5th most played card in Atraxa lists at 55%, for a cool 5,700 total lists. I’m surprised only 55% of Atraxa lists play the card honestly. The entire deck is cards that proliferate, or are happy to be proliferated. I’d conjecture that it’s a function of non-foils costing $5, which is something of a barrier for real budget players, of which I’d expect a large amount for the most popular deck in EDH. Yet Atraxa doesn’t lend itself to budget cards, as Planeswalkers benefit most from proliferate strategies, which aren’t a cheap card type. Who knows!

Tide’s got two foil printings, the original Scars of Mirrodin printing and Modern Masters 2015. SOM copies start at nearly $14, while MM2 copies are available for less than $9, so there’s already a gap to exploit. About ten copies in and you’re catching up to the SOM copies, at which point there’s a grand total of 20 liquid copies left on the entire market. I’m not anticipating a rapid price change here, since there’s no new motivating factor, but the card is well positioned to ding $20 without another foil reprint in 2020.