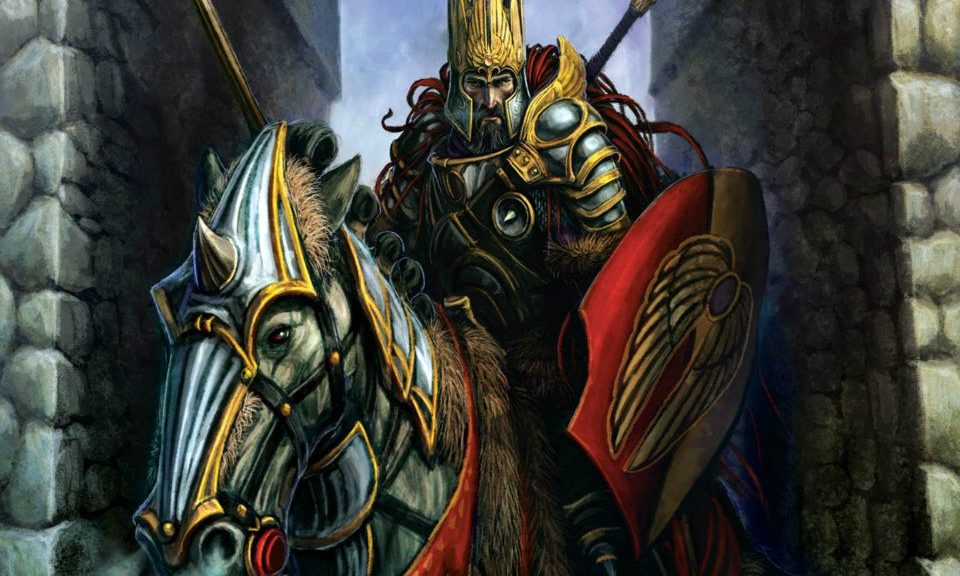 Preview season is here and stuff is WILD.

We were told that there wouldn’t be a lot of faeries but the Brawl decks have given us some truly amazing members of that tribe, there’s two non-tribal decks but what I really want to look at is some of the amazing support we’ve gotten for the Knight tribe.

Some cards have started to spike, and others, amazingly, haven’t yet.

To be clear, there’s a ton of amazing tribal cards, but we’re focusing on the Mardu colors and Knight/Knight-enabling creatures. Equipment is also a valid theme.

That foil price is drying up fast, though. It was less a week ago, but getting foils at $10 seems quite solid to me and nonfoils at this price should be a winner too. Pumping lots of your team always feels good.

I know this card doesn’t see a lot of play, but it’s capable of dealing a ton and a half of damage if unchecked, as lots of COmmander decks tend to not mess around with their Commander. The really good news is that this is two years old, dirt cheap to get in on, and even a small amount of interest in the card will pay off handsomely. Feels pretty good to buy at nearly-bulk rates and then turn those cards over again.

These are both Zombie Knights now, something I keep stumbling over when building decks of the undead. Extremely useful abilities in Commander, and if it weren’t for the 7th edition foil tax, an easy spec. Urza’s Saga was the last set without foils, that’s why you can’t find original pack foils.

These are in a weird place. Northern Paladin dates back to Alpha, and was in Revised, so value is going to take a loooooooooong time to build up. Southern Paladin is in Weatherlight and 7th edition, but red permanents aren’t always as much of an issue.

If you want, skip the formalities and stock up on their versatile cousin:

Pentarch Paladin ($2/$7) is only in Time Spiral, can solve almost any problem, and has only 8 NM foils left on TCG right now.I fully expect this to cost a lot more very soon.

Foils basically don’t exist online anymore, but this is a premium card in a Knight tribal deck. Once you get him into the graveyard, it’s incredibly efficient and requires graveyard hate, something Commander decks never have enough of. Coldsnap was a low-selling set from a long time ago, and if you can get copies under $10, be enthused.

Granted, that price is a day old and these are drying up FAST. A Media Promo and a Duel Deck headliner, this is one of the best Knights you could hope to have on the battlefield. It hasn’t been printed in several years, and slowly, over time, the quantities have gotten smaller and smaller. If you have them, hold them, and if you can find them for a pre-spike price, snap them up. Knights are about to get quite popular.

A Reserved List Knight, he’s looking for a deck that swarms, rather than one which plays a ton of Equipment and seeks to build Voltron. Right now, TCG has about 170 copies, but only 24 NM. I’m not yet sure if the Knights want to go wide, but I shouldn’t need to work hard to convince you to buy a card that isn’t going to be reprinted and offers some impressive upside. Get yourself a few copies right now.

I don’t think these are going to go bananas in price. If they were only in Ice Age, then maybe, but having been in 7th and 8th editions means the number of copies is rather high. They are worth mentioning, though, because this is one life to counter the spell! That’s a really powerful ability on a creature, and guarantees that they need to cast something mediocre first. It’s theoretically possible that someone could spend a couple hundred bucks on TCG to try and force a buyout, but that’s not going to work.

If you want your Knight deck to feature Equipment, then you have some excellent choices in who should hold the sword for you. All three are worthy, and can do disgusting things. Note that the Crusader’s price has already started to increase, and it hasn’t had the reprints of the other cards. Paladin en-Vec only has foils in 9th and 10th, making those rare finds.

One of the two needed cards to go off in the Cheerios deck, Puresteel has already gotten a lot of attention and commanded a premium price. Picking up some foils might be in order, because the multiplier is just too low. The nascent casual demand is about to move that price higher.

This is an ability that can end games quite rapidly, but is only good when things are going well for your team. It’s a very cheap buy-in, even for the foils, making it a solid pickup in anticipation of $5 days to come.

Prices are climbing for this Vampire Knight and you should be stocking up cheaply if you can. There’s not a lot of copies on the market, and within a couple of weeks it’ll be at $5/$15 pretty easily. Plan accordingly.