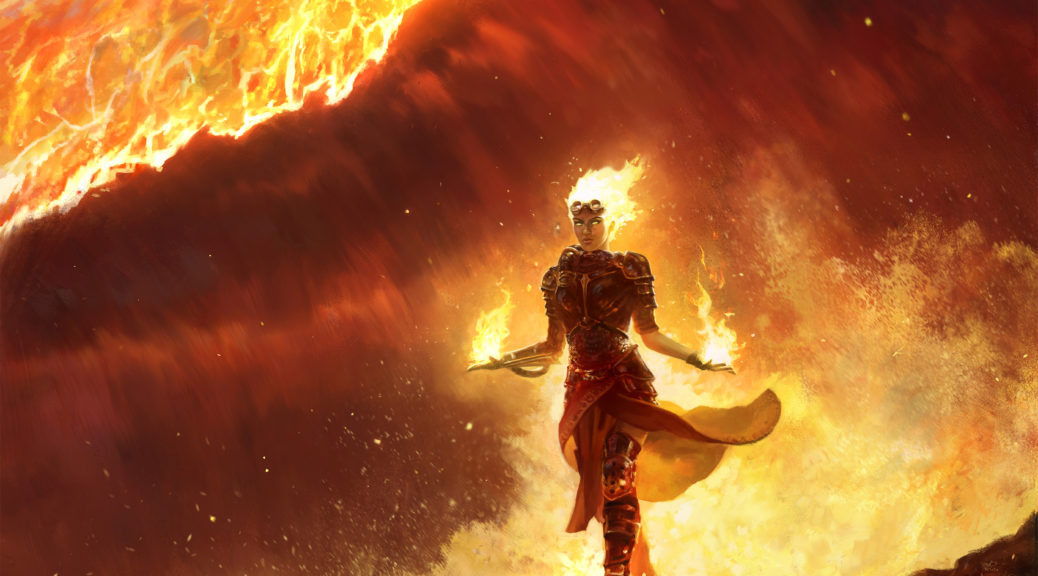 The full set dropped today, and wow is there a lot to process.

Angrath’s Marauders – It’s a seven-mana creature, but doubling is doubling. It’ll be nice to attack for more with this out.

Furnace of Rath – It’s been printed several times, most recently in Planechase. This is going to see a bump, and I’d either be in on foils or the original printing. There’s not much difference between the foils, so go with the earliest at 8th edition.

Hammerfist Giant – Granted, this takes out Torbran too, but there’s equipment on this list or figure out something to keep it around for repeated fun.

Chandra, Torch of Defiance – the +1 here will hit each of the other players, and while the card may want to be cast, you’re adding damage as fast as you can.