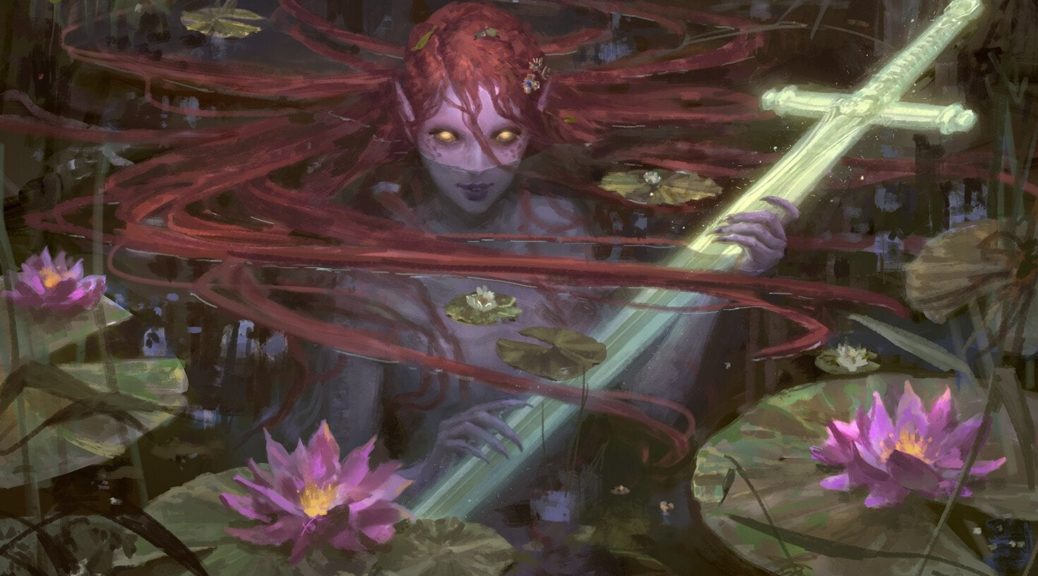 I love prerelease weekend. Every card is super expensive, brewers are going crazy, and I get to savor the sweet sweet tears of every Nexus player who’s sad that they can’t win the game by Tamiyo + Callous Dismissal + infinite turns, or a Teferi emblem.

Remember, the first rule of Magic finance is to trade everything away prerelease weekend. Yes, some things are going to go up. Almost everything else is going to go down, and rather than roll dice with value, get your value now.

Let’s look at some early price movement as people gear up for week 1 of the new Standard.

I misses this card, and the good news is that if there’s a ridiculous combo deck to be had, those decks will have this as a four-of, making it a good candidate to double up again. It’s hard to get in at $4 and still get profit, so keep an eye out for cheap copies.

As for what shell this goes in, I have no idea at all. Sundering Stroke is a big damage card without X in the title, I’ve seen Fires in assorted Gate lists (as Guild Summit is pretty bonkers when you’re not tapping lands to cast it), or maybe you want some sort of superfriends deck. The sky is your limit, just watch out for The Elderspell.

Everyone is buzzing about this card and it’s impressive as heck. The new Arena event, where you get everything in Standard right away, is enabling people to play four of Oko right away, and I can smell the wildcards being burned from here. It’s powerful and cheap, with the bonus of being a nightmare for the aggro player. You can deal six on turn four’s attack, but that’s six damage not going to the face.

Oko is going to be a staple of Standard for the next couple of years. I know the price will fall as time goes on, but the question is how far?

It’s not hard to see why this is good. It’s really tough for a card to be a rare in Standard and going for more than $10. There are a lot of very good aggro decks to be made in this new format, and Rankle can be a delightful curve-topper for you in that sort of deck. Flying and haste is a silly combination on a 3/3 for four mana, and Rankle also gives you the option of causing problematic sacrifices for each player. The modes don’t have to be good–the creature is gas and the abilities are just delicious extras.

I love this card. I’m planning on purchasing a lot of copies in about three months, when the price is closer to $5. Twelve dollars is unsustainable for an in-print rare, especially one that doesn’t have Modern or Legacy implications. Please make sure you trade away all that you open this weekend. I assure you someone wants it, you just have to find that person before this price goes down.

Standard is sort of meh on this card but the implications in other formats is very impressive. Whirza is going to take Emry for a spin, and there’s too many other wonky artifact strategies for this to not make an impact.

It’s possible that Emry lights up Standard too, but we will see. There’s not the same density of awesome/utility artifacts in the Standard format right now.

I’m a little taken aback by this, but people are desperate to cast Oko on turn 2. Gilded Goose is now the only one-drop mana producer, and that extra speed seems to be worth the drawback of only making mana once. Oko’s popularity will directly impact this price, as without the high-impact three-drop, there’s no reason to play a one-shot mana dork. I fully expect the goose to come crashing back down to the $3 range once people come to their senses.

I appreciate Wizards’ attempts at giving us fixed version of things that are too good for Standard. Here’s a fixed Prismatic Vista, allowing for everything but speed, and the price is reflecting that nerfing. I think this is a long-term staple, and I really want to have a healthy stock of these when the shocklands rotate out of Standard next fall. This card looks rather underwhelming next to shocks and Temples, but will be necessary to glue it all together.

I wish this was going to be good but it’s going to be quite underwhelming. We just finished a Standard that could go Llanowar Elves into Steel Leaf Paladin…and I’d rather have the Paladin in 95% of cases. Torvo desperately needs some evasion, or trample, in order to be worth it. You don’t have long to sell these before they are bulk.

Another card that demands to be a four-of, I like this a lot more at $11 than I do at $14. Yes, it’s making waves in a lot of formats and that’s good, the second copy is pretty rough in those formats. I think it’ll be more popular in Standard, helping shore up questionable mana bases that are using shocklands, temples, and guildgates to smooth out the stresses.