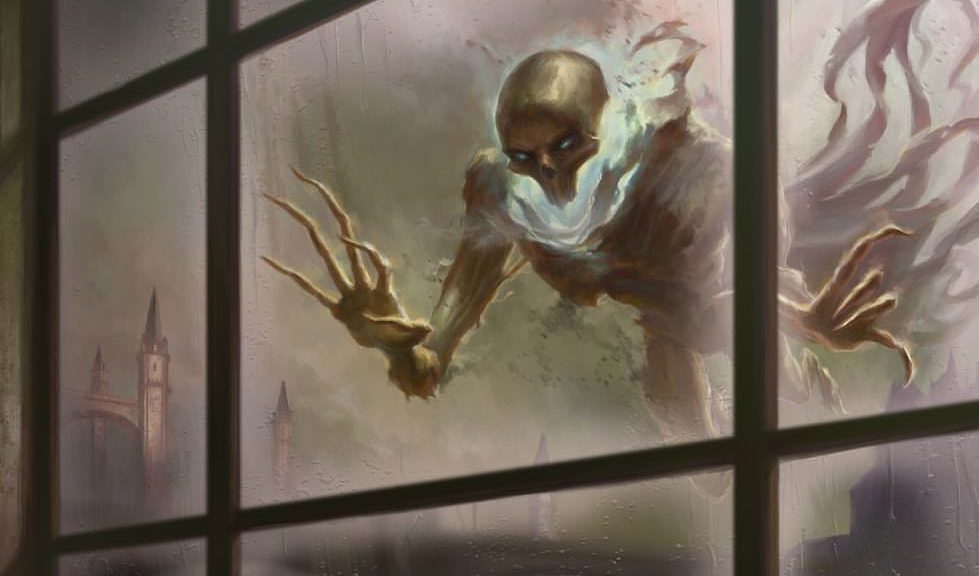 A week on and there’s no question, everybody loves Pioneer. In a display of the beauty that’s possible within Magic, a week went by with a brand new format, it’s been wildly popular, there’s a lot of fun and excitement around brewing, nothing looks bannable or miserable yet, and in general, nobody is particularly upset about anything. It’s all upside. How often does that happen in Magic (or life)? Players are flocking to the format, with new decks and strategies and revisions on a daily basis. As far as I’m concerned, the most impressive thing about all of this is that nothing looks like it’s on the ban list yet. On day zero we definitely figured something would look busted by now, whether it was Smuggler’s Copter, or Aetherworks Marvel, or Emrakul, or something. But no, nothing has appeared overpowered. If anything is pushing a boundary at this point it’s probably Oko, amusingly enough.

A week in and if there’s anything that’s clear, it’s that there’s a tremendous amount of space available to explore in Pioneer. Decks that were on the tips of players’ tongues on day one have already evolved considerably, and strategies that didn’t show up at all early in the week are gaining steam as days progress. There’s plenty of strategies receiving this treatment – Mono-G Abundance ramp has been, well, ramping up – and one in particular is the Izzetish Bird decks. The bird, of course, being Arclight Phoenix.

If you’ve followed Standard and Modern at all for the last year, you’ll remember that Phoenix was the hot card for awhile. Before Modern Horizons Phoenix was likely the top deck in the format, with blistering starts enabled by the not-yet-banned Faithless Looting. It really wasn’t until Hogaak came along that Phoenix was subdued, and had Looting not been banned along with Hogaak, it absolutely would have returned from the graveyard to continue it’s reign. Now that Pioneer is here players are right back at it, and while the spell mix isn’t quite as strong as it was in Modern, the competition is lower octane. Plus, you get to play Treasure Cruise with your Phoenix, and if that doesn’t sound absolutely filthy, you’ve never played Magic.

Phoenix had a high water mark of $30 or so during its previous heyday. Prices have come down to $10 to $11 since, though have begun gaining traction in the last few days as Kanister and a few others have posted strong results with various Phoenix builds. It’s entirely possible that this will end up by the wayside in Pioneer, once the Pro Tour gets its hands on the format and finds the truly busted stuff. Still, Phoenix did have a great time in Modern, and Treasure Cruise was banned in both Modern and Legacy, so the chance that the power level isn’t high enough for Pioneer is basically zero. Should a Phoenix deck post up as a tier 1 or tier 2 strategy in the new format, I’d expect prices to land between $20 and $30.

Most of the conversation in Pioneer is around the banner, deck-defining cards, several of which I outlined in the intro paragraph. Level zero is going after the staples around which various decks are built. Level one is probably the lands that those decks need (Blooming Marsh and Botanical Sanctum). Level two, or three, I don’t know exactly, is finding the popular uncommons that sit across various strategies, and going after non-foil copies (this worked better in Modern where supplies on some of that stuff was almost nonexistent), or in the case of Pioneer, foils.

Rogue Refiner is cropping up all over the place. First of all, he’s Simic, and with Oko running around, everyone has a playset of Botanical Sanctum anyways, which means that his cost isn’t much of a factor. He’s a reasonable body that draws you a card on the way in, which gives him purpose in most strategies as simple raw advantage. On top of that, he provides two energy, which at first might seem useless, since if you’re not an Aetherworks Marvel deck, you wonder where the payoff is. In fact, the payoff is Aether Hub, a painless City of Brass so long as you have energy counters. Refiner ends a 1UG 3/2 that draws a card and makes one of your colorless lands tap for any color twice. That’s a lot of distributed utility.

Given that he’s showing up in a variety of strategies, I’m a fan of foils here. You’ll pay maybe $2 each, so long as you aren’t paying the shipping, which is a solid price for an already-obvious high-demand uncommon. I wouldn’t be surprised at all to see these climb into the $6 to $10 range after a few months (or hell, weeks) without any reprints.

Speaking of Aether Hub, how about Aether Hub? FNM copies specifically. The mana in Pioneer is rough at the moment. We’ve only got half the fastlands, with the others currently locked in Modern by way of a single printing in Scars of Mirrodin. Obviously there are no fetches, and while we’ve got the full complement of shocks, they’re far less appealing without the ability to go get them as needed. Fabled Passage is making an effort, but it can’t tap for green on turn one and black on turn two. Three color decks have a genuine disadvantage in the mana bases that basically doesn’t exist in Modern.

Given that, Aether Hub is fairly appealing. At worst it’s colorless, which can be rough in certain circumstances, but at least it always comes into play untapped and produces something. Then, you toss in some Attune with Aethers and Rogue Refiners, both cards you’re more or less fine playing anyways, and now you’re set for mostly the entire game. In a format where making three colors is genuinely painful, Aether Hub is a good bandaid.

You can find copies around a dollar or less, especially if you can get free shipping, which is a solid buy-in for an FNM treatment of a popular card. Past examples have been quite profitable, such as in the case of Ancient Ziggurat. Getting out of Hub FNM promos at $5 shouldn’t be difficult at all in 2020, and should be a nice little bump given your buy-in.