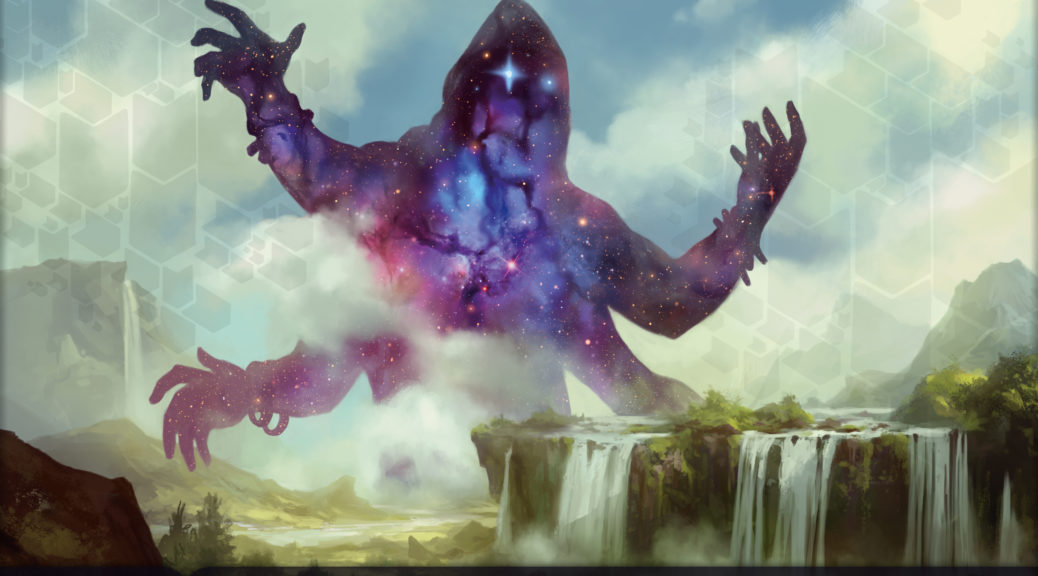 I don’t have a ton of price data to look at from the original Theros and it’s possible that such data would be fairly worthless to look at. I’m not going to say mtg Finance was in its infancy, because it wasn’t, but mtg Finance hadn’t figured out who to listen to and people ran out and bought a ton of copies of Mana Bloom because a YouTuber said it was a slam dunk. Those were weird times. I still hadn’t figured out that I only wanted to trade EDH cards with EDH players and I was still binder grinding the GP and SCG Open circuit. We’ve learned a lot since then.

Since mtg Finance was so weird back then, looking at what spiked on the basis of old Theros isn’t that instructive in my view. Unless you want to make money on Didgeridoo again, I don’t know of any lessons from then we can apply to now.

So where does that leave us? Shortest article in history? As much as I’d love to pull the ripcord and say “until next time” I think I’ll give you some value because that’s what I do. Besides, Theros wasn’t the only time Enchantments did stuff.

Printed in Commander 2018, Estrid was part of a Bant “Enchantments matter” deck that made a lot of cards pop and some never returned to normal. While new Theros is going to give us Black and Red cards and combinations thereof, we can still look at what happened in 2018 and extrapolate a bit. Is anything that returned to normal due a second spike? Are any of the Legendary creatures going to be any good? Are there current decks about to get a boost? I don’t know, but we do know what Estrid did, so let’s look at what Estrid did.

Enchanted Evening got a huge boost from sub -$5 to the stratosphere as a result of Estrid. A combination of the hype dying down and the printing in Mystery Boosters has attenuated the price a bit. I don’t know that it’s a good buy at its current price since it could still drop some as more Mystery Boosters are opened. It’s metrics aren’t bad, though.

This is mostly in Tuvasa, Hanna and Estrid decks. A card that combos with this, however, didn’t get reprinted and may be due a second spike.

Cleansing Meditation with Enchanted Evening is a global wipe that people have known about for a long time but never really decided to play until Estrid. Meditation was gettable in bulk boxes for a long time and now that every copy is concentrated in the hands of dealers, and the buy price is very close to retail, this is poised to spike again imo. It will only take one commander that lets you play this combo and with Enchanted Evening being more affordable than it has been since 2017, I could see a run on Cleansing Meditation. I’m not buying these now, per se, but I am thinking about how quickly this could hit $5 again under the right conditions.

I don’t have much of an opinion about this card. I don’t like it personally. I will not the 25% price discrepency between TCG Player and Card Kingdom. Why is a market site with competition charging more for a reserved list card than a site where there is no competition? Doesn’t Card Kingdom always charge more? If I had to guess, I would say Card Kingdom is also more nimble when a card is tanking. TCG Player sellers race to the bottom but the market price is the last sold price and if the card isn’t selling well at its current price because that price is too much, it’s harder to move the market price whereas one person at CK can say “Let’s firesale these suckers” which is what I suspect happened here. The crypto money that was injected into Reserved List cards dried up and people realized the good times wouldn’t last forever. I don’t know if the buy-in price is great right now but I wouldn’t be surprised to see the fire sales reverse course at least.

Replenish, on the other hand, fell off a cliff but is already showing signs of life on the basis of Theros coming back. Rector is a slow, hard-to-use tutor but Replenishj dumps 30 Constellation triggers on the stack for 4 mana and is a force to be reckoned with. This may not hit $70 again, but I don’t think it’s going to plummet like it has been, and Card Kingdom doesn’t think so, either.

Get these while they’re still half price on TCG Player. If a card is $10 everywhere but TCG Player, it’s a $10 card that just doesn’t know it yet. TCG Player’s prices are usually the last to know because people leave the 1 copy with $3.99 shipping dregs for last and it looks like the card isn’t sold out when it actually is for all intents and purposes. This is a buy for under $7 right now.

Here’s another pretty significant price discrepancy. I suspect the TCG Player number is on its way up.

This peaked in 2019, well after Estrid’s printing, and I think it could flirt with $20 on CK again, soon. This is not even remotely fair or fun to play against as a Magic card and that’s worth noting.

Everything in the Estrid deck is here and while I think Red and Black getting left out is not ideal, Red and Black was more concerned with Minotaurs than Constellations last time around. We could also see renewed interest in Bruna decks as well as Uril, The Miststalker and maybe even Tuvasa on the basis of good new auras.

Thanks for reading, everyone. I’ll be keeping my finger on the pulse of Theros happenings and letting everyone know what matters to me. Until next time!