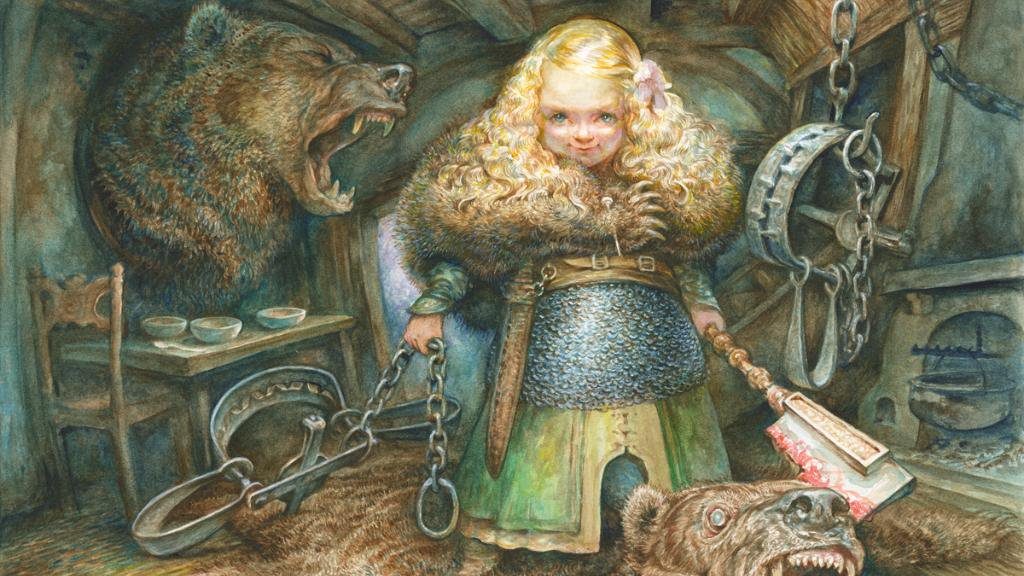 We are on the cusp of real Theros: Beyond Death previews, to start around the second week of the New Year. It’s the time when we’re mostly done with Throne of Eldraine, but don’t have another set to deal with.

Our plan, though, is to prepare and stock up on Eldraine cards while they are cheap. Supply is at a maximum for the regular cards and the assorted Showcase cards, we’re not going to see a huge influx of Storybook cards out of nowhere.

There’s a case to be made to buy everything, but that’s for those who have deep pockets and unlimited organization skills. Instead, let’s focus on the cards that could gain quite nicely over the 18 months between now and when Eldraine rotates…

One thing to notice, that I think I’m going to have to research more carefully: The prices aren’t in line with what I expected. Generally speaking, the nonfoil special version (extended art or storybook) is a bit more expensive than the foil version of the regular card. That’s likely the new reality, at least until they change the distribution numbers on us. The prices have had a couple of months to settle out, so I believe these.

To be fair, I’m not shocked that the prices line up, as having just one or two foils can cause your competitive deck to be called out for warped foils, but the Showcase nonfoils are an upgrade that’s inexpensive and less worrisome.

James and I talked about this card on the most recent MTG Fast Finance, and there’s two cases to be made for this card. First, it’s the only wrath effect that survives Standard rotation next October. We might get more of such effects, but I like this as a spec for just that reason. James pointed out that what we might get in Theros is an influx of playable Giants, which turns this card into an uneven effect. We already have Bonecrusher Giant, it wouldn’t take too many more Giants for me to be all over such an unfair deck.

Even better, it’s a mythic that can be had for a dollar. Yes, there’s a lot of copies out there, but buying for a dollar means that when you buylist them for $4 each in store credit, you just turned $25 into $100.

As you can see, I’m on board with the ‘Giant deck is good!’ line of thinking. Really, this is an amazing card, as point removal and a very aggressively costed creature. Remember, it’s a 4/3 for 3 mana and its ability is to punish your opponent for spending a spell on it! For those stats, I’d expect a ‘can’t block’ or other drawback.

Removal is good. This is very good removal with wonderful upside. I’ve written about this before but would have felt silly leaving it out of this list. I especially like the foil Showcase versions for long-term growth, but the play I’m making is trading for every regular nonfoil I can find.

The little goose that could is making waves in most formats. There’s a lot to be said in the older formats for a one-mana creature that comes with a free artifact. Paradoxical Outcome decks that use Urza for mana really love this too, as does a few other strategies. Really, we should have seen this coming.

The price ramp is real on this, too. I think that the play is in the Showcase nonfoil, but we’re in a Standard that has no other mana accelerant on turn 1. If you’ve ever has the feeling of putting down your three-drop while your opponent simply played a tapped shockland on their first turn, you know the joy of being super far ahead.

The really lovely thing about Goose as a spec is that no one plays less than four. Or they shouldn’t, at least. So when someone needs to pick these up, they will pick them up four at a time, making this a much more in-demand card when the deck shines. Get your regulars for Standard and fancier ones for long-term holds.

If you’re thinking that it’s a big jump from $6 to $30, you’d be right. TCG has about 15 copies under $25, but 30 more above that, so the price is a bit of a moving target. If you get to play one extra card off of this, it seems amazing, being that it’s likely gotten in for 4-6 points of damage. I’d love to see this in Burn mirrors, but that’s me being greedy.

Rankle’s big draw is as a top-end finisher in Pioneer’s version of Mono-Black. That deck lost out on Smuggler’s Copter but has kept on being very very good, and Rankle is a backbreaker as a top-end threat. There’s a few Standard decks that want to play the hasty Faerie, but the main draw is currently in the nonrotating format.

Fabled Passage is the fourth-most popular land in Standard. It’s ahead of Plains, Mountain, and every shockland. Decks generally aren’t playing the full four, but it’s in all of them for at least 2 copies. It’s also the only fetchland that’s Pioneer-legal, and that’s accounting for a big part of this price.

I want to reiterate that this is the price when the card is at max supply. There’s a lot of room for it to grow, and if you play Standard at all, I strongly urge you to get your playset now, rather than waiting till it’s $25 or $30 for the nonfoil regular. Remember, this has TWO YEARS to get popular in Standard and it’s already popular in Pioneer.