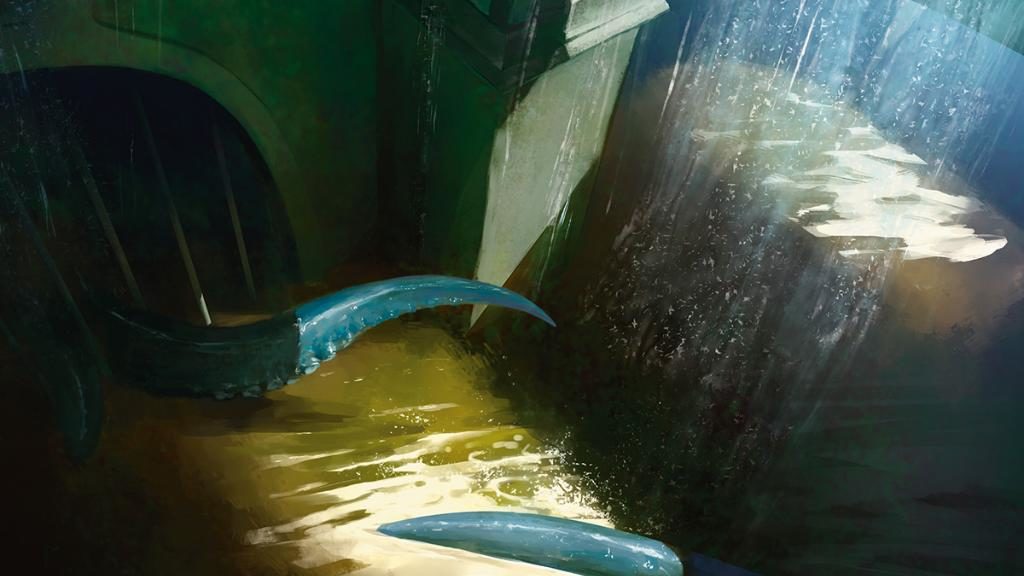 Here we are, prerelease weekend of Theros: Beyond Death and already we’re seeing some major price adjustments, which I’ll go over in more detail momentarily.

A freebie for everyone: The simplest way to increase the value of your collection is to trade away everything you open at the prerelease. Ask around, shout, check with everyone because that chase mythic is never going to be more chase than it is now, and you’ll get a lot of value from the rares as well.

The Temples are resilient to this, because there is already a fair amount of them out in the world. If we were getting the other five color pairs of some brand-new cycle, those lands would be in super-high demand this weekend.

Trading away everything you open is the most basic move in Magic finance because even if you’re trading away Oko at $20 before it gets to $40, you’re unloading so many other cards at their peak that they will never get to again.

If you’re the type of person who likes examples, how about that other Planeswalker from Throne of Eldraine, Garruk, Cursed Huntsman:

Trading him away at $13 looks pretty genius, no?

Can I interest you in trading away some Robber of the Rich at $10, before it began to drop like a coyote off of a cliff?

How about trading away the now-bulk and Limited all-star Harmonious Archon when it premiered at $4?

My point here is that trading away the brand-new cards is a shotgun approach, in that you do it to everything and don’t hold back.

As for the big winners this week, remember that we don’t have any cards in hand yet. Dealers aren’t officially allowed to sell them, eBay orders aren’t allowed to ship until January 24th either. The price movement we’re seeing is all because of pre-orders, and a fear of missing out.

Thassa, Deep-Dwelling (TCG Market has gone from about $7 to about $20)

There have been some outlier sales happening that have messed with the pricing results, and that’s always a risk with TCGPlayer. Bad data or insane players can cause the listed median to vary quite wildly, or even just a buyout of the ten cheapest copies means that the median listing is weighted towards the most optimistic sellers.

The card is moving, though, don’t you doubt that. There’s a lot of reasons why, the most fun of which is that this version of Thassa has an exile clause that allows you blink creatures you’ve stolen and keep them permanently. This is official, straight from the Gatherer webpage for the card.

It does a whole lot of other fun things, too. It’s true that you don’t want to flicker your Hydroid Krasis, but you’re tickled to death to flicker your Niv-Mizzet Reborn. Tapping things is just gravy, but a very tasty recipe.

I do not think Thassa will hold this $20 price. It’s not going to light up other Constructed formats, it’s not a four-of in any deck, and this is the ‘we don’t have cards in hand yet but this idea of a card is totally worth $20’ phase of life.

The big mover here is the assorted decks that want to do something infinitely, in Pioneer, Modern, or Commander. For the 100-card format, New Heliod is a redundant combo piece, but one that’s very difficult to deal with. For the other formats, it’s infinite life or damage, depending on the build and the ideas being cooked up. Will this avoid a ban in Pioneer or Modern? Is Walking Ballista/Heliod worse in Modern than Splinter Twin/Deceiver Exarch? I don’t know but I do like what White Devotion has going on in Standard to make Heliod good, just not this good by itself.

If Heliod stays unbanned in Modern and Pioneer, then this is a pretty good price. If you don’t think he’ll survive, then stay away. I wish I could give you explicit instructions here, but that’s the situation.

The first casting is a bad Growth Spiral but you’re playing this for the long-term value. This is backbreaking and cheap and thank goodness you need to really focus on milling yourself to make this good. Even the good mill cards like Merfolk Secretkeeper and Wall of Lost Thoughts struggle to keep up.

I think the Titans look powerful but the repeated Escape is really difficult to trigger without the help of good, cheap, repeated self-mill. There’s no equivalent to Hedron Crab (thank heaven!) but the closest I could come up with already went from bulk to $2.50 because of Secretkeeper: Drowned Secrets.

Sure, Hushbringer lets you just play the Titans into their own ignored triggers, but for two mana, this enchantment can fuel Uro like nothing else. I don’t think it’s worth investing into, but you’re going to see it creep up a little more in hopes of making this deck work.

Now this…this might be too far gone. Yes, her escape is six mana and four cards, but $7 is too low. I think she’s got a rebound coming. Everyone is ignoring her in favor of Titans and seven-mana Sagas but this is just good, over and over again. Self-contained engines are not to be ignored lightly, and this is a huge drop when we haven’t tried her out yet.

I want to be clear: I’m not planning on buying up a huge pile. There’s one TCG vendor with 48 copies at $7.28 and that’s a clear sign that at least one vendor doesn’t believe in Elspeth’s newest card. I will not be shocked when she’s a three-of in a lot of different decks, and rises back up to $15.