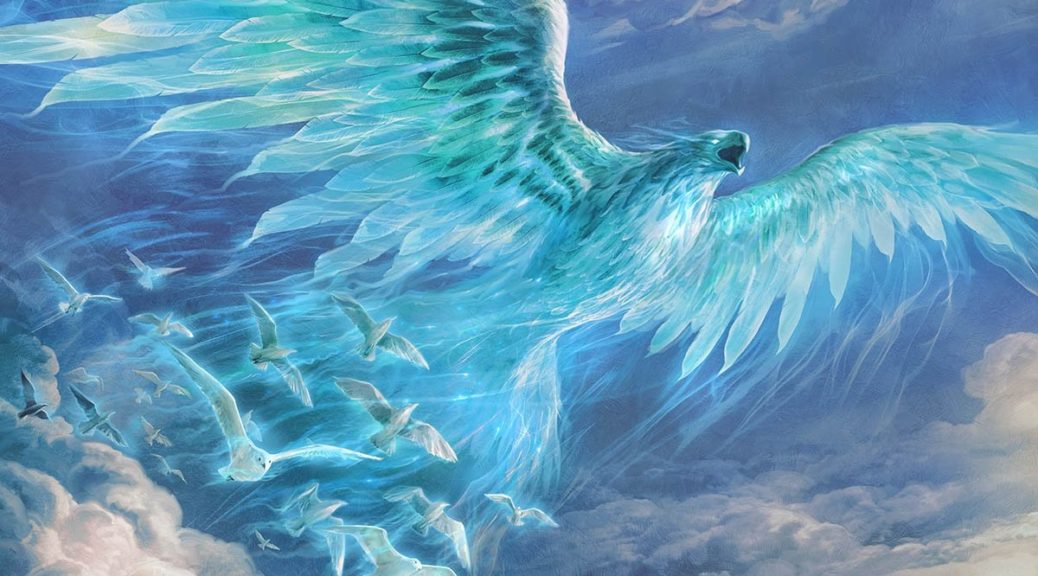 They say that hindsight is 2020, and in retrospect it might have been mildly foolish of me last week to promise you some non-Pioneer specs in this week’s Watchtower. Most of you are probably aware that we’re fresh off a double Pioneer PT weekend (that’s Players Tour now, not Pro Tour), with tournaments in both Brussels and Nagoya. Coming into the weekend, Inverter Combo was the hot new thing, and although it was practically a meme deck just over a week ago it turned out to be the second most played deck at Brussels, slightly behind mono-black in first. Most of the rest of the decks were what we’d expected to see from the format, with a couple of wildcards overperforming in Bant Spirits and Delirium.

In my best attempt to be true to my word last Monday, today I’ll be looking at some specs that are relevant to both Pioneer and other formats as well.

Although showing up in relatively low numbers over the weekend, Sultai Delirium eventually took down PT Brussels in the hands of Joel Larsson, beating one of the first pioneers (yes, I know that’s not very funny) of Inverter Combo, Piotr Glogowski. Traverse the Ulvenwald was played as a consistent 3-of across all the Sultai Delirium decks, and showed up as a 4-of in the Simic Delirium decks that were present in the tournament as well. The card is a multi-use tool in the decks, both being used to fix your mana in the early game, and to fetch threats like Emrakul or Ishkanah later on when you have Delirium enabled. Usefully, it can also find Adventure cards like Murderous Rider // Swift End too, giving it even further reach.

Traverse has also long been a staple in four colour Death’s Shadow decks in Modern, filling a similar role to that in the Sultai Delirium deck, albeit more streamlined and aggressive. Being able to go and fetch a Death’s Shadow as early as turn two is some pretty powerful Magic, and although we often see a mix of four/five colour and just straight Grixis Shadow in the Modern meta, the green decks are prevalent enough that Traverse is in reasonable demand.

After the PT weekend, supply of Traverse foils is wearing thin. With only 22 listings on TCGPlayer at the time of writing, there’s a steep ramp from $11 up to $18, and I don’t think that’ll last too long. Delirium is a deck that’s almost certainly safe from and bans in Pioneer and seems pretty safe in Modern too, and having the Delirium mechanic makes it a more difficult card to reprint than it otherwise might be. Heading towards PT Phoenix in a few days, I wouldn’t be surprised to see Delirium decks become more popular after the results we’ve just had.

A very surprising deck to do well at PT Nagoya was Sram Auras, piloted by Ken Yukuhiro all the way to the finals where he lost out on the top spot to Kenta Harane on Bant Spirits. As far as I’m aware, this deck was an unknown quantity coming into the PT, with only two people on the deck at Nagoya and none at all at Brussels. The deck is fairly analogous to Bogles in Modern, except without the Hexproof creatures. It makes up for this by using Alseid of Life’s Bounty and Karametra’s Blessing as protection for whatever you’re throwing all your enchantments on, backed up by the powerful draw engines of Sram, Senior Edificer and Hateful Eidolon.

The fact that only two copies of this deck were registered across two PTs over the weekend, and yet a copy still made it into the finals of Nagoya, shows us that the deck definitely has some legs (and that Ken Yukuhiro is really good at Magic). This looks like a new archetype that could be a real contender going forwards in Pioneer, and I’ll be on the lookout to see if any copies show up at PT Phoenix this weekend.

Sram is also a popular card in EDH, with almost 700 copies registered as a Commander on EDHREC and in more than 5600 decks as one of the 99. Non-foils start at $5 on TCGPlayer and Card Kingdom, and foils are in very low supply now with only five listings on TCG and none on CK (although they do have some promo copies). Sram Auras is definitely a deck to keep an eye on this week, and I wouldn’t mind picking up both non-foils and foils of this card. If it doesn’t get there in Pioneer, EDH demand will keep growing for the card and push the price up longer-term.

Another break-out deck from the PTs over the weekend was Bant Spirits. Last week we had seen the more linear UW version of the deck putting up good results, favouring a more consistent manabase and more aggressive slant to the deck, often playing a full suite of 36 creatures and 24 lands. However, although UW Spirits was a popular choice on day one of PT Brussels, it was really pushed out of the day two metagame – in fact only five of the 23 decks made it through the cut. Bant Spirits on the other hand, despite only having seven copies registered on day one, managed to put five of them through to day two. I can’t say that I know the matchups well enough to provide a good reason for why Bant was much better than UW in this metagame, but the numbers are there to prove it.

Since the inception of the format, Collected Company has been a card that people have been trying to build decks around, but up until now it hasn’t quite hit the mark. It was a very powerful card during its days in Standard and has a proven record in many Modern decks, including Elves, Druid Combo and the original version of Bant Spirits.

Now that Company decks are putting up good results at the highest level of competition, more people are going to be inclined to adopt the archetype and try different things with it. The Company version of Heliod Combo can definitely be refined, and I think Spirits will continue to perform well.

Collected Company peaked at $25 during its standard heyday, and after a spike at the announcement of the Pioneer format has since settled down to around $15. With players needing four copies at a time for their decks and only a single printing in DTK, I don’t expect it to be too much trouble for CoCo to see a $20 price tag again, with the potential for even more growth than that.

With that, I’ve learned my lesson from last week and won’t be making any promises as to the contents of my next article, especially with PT Phoenix coming up in a few days. It’ll be very interesting to see if the metagame shifts much between PT weekends, so keep an eye out for any new tech or breakout decks.