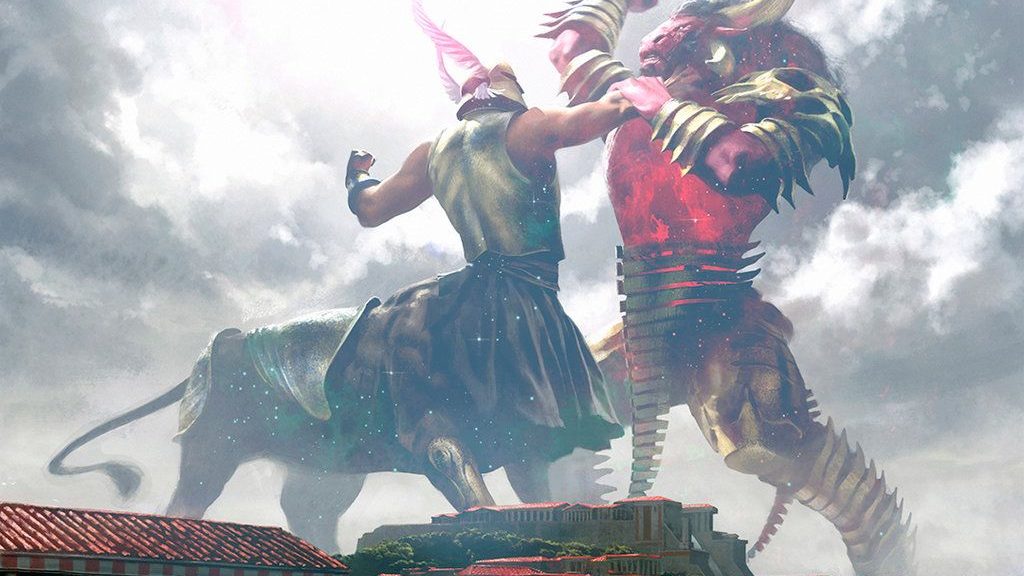 New stuff moves prices, sometimes. Something new comes along and makes something that was worthless suddenly worthwhile and everyone scrambles to find copies. The thing is, as quickly as people are raising their sell prices, they’re also raising their buy prices. People like me scour the LGS for copies at the old price to quickly arbitrage for free money and the supply catches up to the demand. That’s obvious. What’s also obvious if you read this column because I say it all the time is that sometimes a second spike can be more profound because the copies are all concentrated in the hands of dealers and without dollar bin copies at the LGS, Today, rather than the first kind of spikes (the Teysa tier) I want to talk about some second spike cards that have overlap with 60 card casual formats and could have some high exits despite semi-high buy-ins. These cards aren’t new but the decks that want them are and something tells me casual cards appealing to semi-casual players means the price goes up. First, though, let’s look at the impetus.

Klothys seems like a bit of a dorky card at first but a 3 mana enchantment that either gives you mana on your precombat main or shocks the table is worth a look. You can stymy your reanimator opponent, turn your fetchlands into mana or gain a little life to make it harder to kill you. You can also make Klothys deal a lot more than 2 damage. The secret? Klothys is read.

Klothys is climbing the rankings quickly.

As you can see, Kloxa moved up 2 spots from week 1, which isn’t nothing. A lot of the growth was recent.

Only 3 made the cut this week, managing to displace older and more popular commanders. The new hotness may be the new hotness, but people are still looking to update their decks with new cards. You also see Marrow-Gnawer there, buoyed by people updating rats decks with the singles that WotC is selling directly to players, because I guess they think Amazon warehouses will start running FNM.

61 Klothys decks this week, 130 total. Half of the growth in a third of the time tells me Klothys is heating up. Heat is good – remember how I mentioned Klothys is Red? It’s going to matter.

This isn’t a spec, but it’s the first card you see under the “high synergy cards” section on EDHREC and it should be an immediate clue that people want to dome people for a lot with Klothys. With Just Klothys and Torbran out, that upkeep trigger gains you 2 life and deals 4 damage to all players. If you add more to the mix, it gets even more dirty.

This was a bulk rare a few weeks ago but Torbran decks pulled it out of the gutter and Klothys decks will only increase the shenanigans. The thing about Torbran decks is that your commander can’t provide any damage of his own meaning he’s probably better in the 99 than the command zone. Dictate has a lot of supply but considering it’s in a cycle with a $10 card and 3 other $1 cards, it’s safe to say the ceiling is $10 rather than its current price of “not bulk.” This won’t hit $10 but it won’t be bulk again barring a reprint, which seems unlikely given Furnace of Rath or a creature-based damage doubler seeming more appropriate for that slot given the Flash ability. Pull these out of bulk if you’ve got them. I’m not in for cash here but I like these long-term. That said, it’s been a long term already. Are there juicier specs in this same vein?

These are basically arbitrageable at this point. Troll and Toad has these for under $3 which is basically Card Kingdom buylist. You may or may not know you can do this on our site – check this out.

You can see which vendors are paying what on these cards. Card Kingdom is a good place to buylist cards so if you were looking to get basically retail on these, CK has you and they have a trade-in bonus to boot. If you’d rather hold them because a 0% spread is suspicious, then do that.

All of the other damage doublers basically suck as specs, and that’s too bad. They’re either very recent non-mythics

or they have been printed into dust.

I’m pretty sure this isn’t showing up on the page for “high synergy cards” because it only works if your devotion to Gruul is 7. That said, this gives you 3 pips, Klothys is 2 and you should have SOMETHING else on the board, so this basically always works, so it should see more play. Am I going to have to write an article about this card on Coolstuff? I might – if I built the deck, I’d go creatureless so I could fit all of the enchantments I want to run and have this be my only creature besides Torbran.

I don’t think there is money to be made here, but this is a sick card. Too bad it nerfs your lifegain.

Neheb might be the best spec of the deck. It was high before, but it’s higher now on CK and still growing as it has for the past year. I hope you snagged these around rotation because this is a casual favorite, an EDH powerhouse and in this deck, you’re getting 2 mana for each opponent for doing nothing more than having 2 permanents in play and 1 in someone’s yard. That seems doable. Neheb can easily hit $15 or $20 and everyone will act surprised just like they are surprised now because this used to be $5. Hell, it used to be $2. This is my favorite spec of the deck.

If you couldn’t tell by the shape of the graph, Mana Web is on the Reserved List. This was climbing steadily but that all got nerfed by the “OMG RESERVE [sic] LIST” frenzy of a few summers ago. Prices are returning to reality but I don’t know if this can’t get back up where it was on the basis of being an unfair magic card. This could be the deck to do it since a lot of people say they’re running this and they seem to have come to that conclusion independently of each other. Klothys is a weird Stax deck and I don’t like Stax but you’re also doing a ton of chip damage, which I love. Chip damage like…

Thanks, Torbran? I’m not sure what the deal with this card is because you double their mana, but they also take more damage than you will so maybe it’s part Manabarbs, part Mana Flare, all Mana Catch 22 for them. Anyway, this could get above bulk, I hope. I like this less than I do other cards, like…

This doesn’t do damabe but it hurts.

A lot of ships have sailed, but if you’re willing to pay a bit, someone with a… dinghy could… row you out to the ship so you can still sail the rest of the way on it? But you have to pay the guy with the dinghy money? Does that work as a metaphor for a high buy-in because we didn’t notice all of this stuff growing by 70% in the last year?

Some of the cards have higher buy-ins than others but ultimately, there is still money to be made. Klothys is getting more popular and people likely won’t have some of these old cards, or some of the new ones. Make sure you’re holding when a second spike happens so they have to buy the card from you. It pays to be prepared.

That’s all for me. Thanks for reading, and check out Klothys’ page for the full list of cards to see if anything sticks out to you. Until next time!