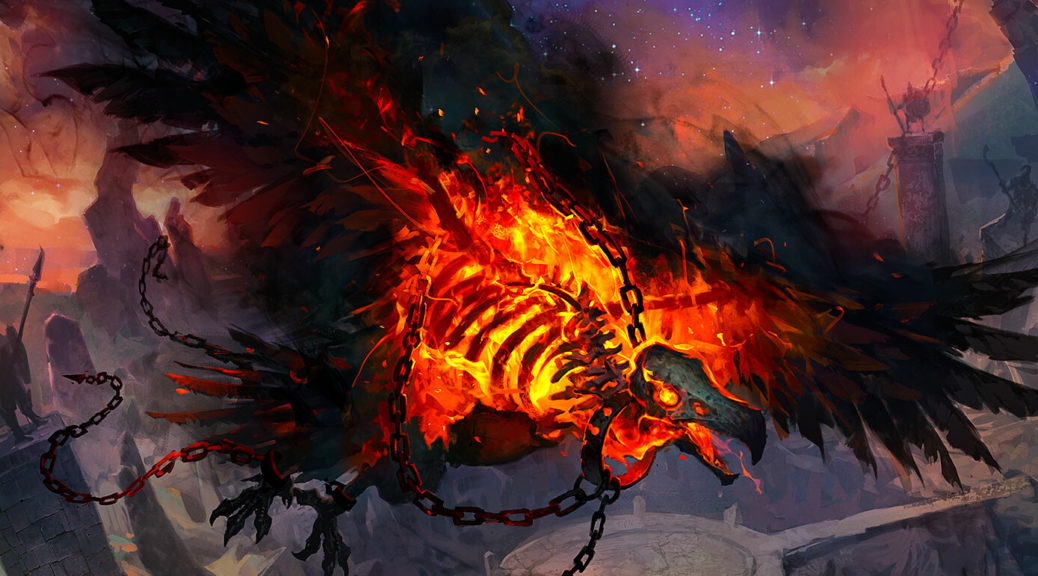 So this weekend, we get PT Brussels for Pioneer and then PT Nagoya for more Pioneer, and then Star City’s got coverage of a Team Constructed event, which is Standard/Pioneer/Modern.

That’s a lot of coverage, and only the draft portion of the PTs are in Limited formats. As a result, we’re going to see some cards move fast this weekend. Some may have started spiking by the time this goes up Friday morning, and if that’s true, I hope you’re able to get in cheap.

Today I’m focusing on the regular card. No foils, no Extended Art or other Showcase. I think there’s value to be had here in the cheapest versions of cards, as I’m looking at their playability. I highlighted Elspeth two weeks ago as a preorder at $7 and my mind hasn’t changed: She’s too good to be this cheap.

As a bonus, she’s going to have a year and a half to prove herself in any Constructed format before she rotates out of Standard, so buying in now is pretty darn safe even if this weekend isn’t immediately profitable for her. The Escape mechanic is tricky, and recursive cards like this almost always find a home. I want to have some copies on hand to sell into the hype when that hype train takes off.

I’m repeating myself and I don’t care. There are too many good combos with this card and it’s going to get broken in half. If you want to go for the Extended Art at $9 I won’t fault you, but I’d prefer picking up a lot at $3.50 and buylisting them away for store credit. I’m much happier when cards are good in Constructed, because then people need playsets, instead of focusing on just one sweet copy of something.

If you need some examples of combos, just search up ‘Underworld Breach combo mtg’ and have a field day. There’s Legacy Storm with Brain Freeze. There’s Modern versions looking to exploit Dredge interactions. MTGGoldfish recently posted a video where Drowned Secrets played a huge part in the combo win. Get in while you can.

You don’t have to move on these this weekend, but please, before Ikoria comes out, make sure you have your set of twenty Temples from this set. There’s going to be a lot more demand for them in about six months when the shocklands rotate out. Perhaps there will be a better cycle of lands in the next Fall set, but these are too cheap to ignore. They aren’t going to hit huge heights, as there’s too many copies in circulation, but I hate buying cards at $3 or $4 I could have gotten for a lot less if I’d just planned ahead.

Yes, I agree. This is a bad card when compared to Kaya’s Wrath or Time Wipe or whatever. It’s easy to cast, though, and that’s a very alluring thing to a control player. Four mana to clear the board has always been the sweet spot for control decks, and while it sears my soul to know they might get a card or two, the metagame isn’t punishing this card too much. I think that this card will have a least one good showing this weekend, and it’ll be a great card with no drawback, and the price will jump briefly.

It’s also worth noting that this is one of the few ways to deal with Limited dream-killer and UW Control’s darling Dream Trawler, a card I don’t think I want to buy in on now that it’s risen above $3. It’ll be very hard for it to get actionable value past that.

The 2/2 hasty flyer has often been a good card in aggressive decks. Being able to Escape it into a 3/3 haste flyer for four is a wonderful upside, and one that might well push this phoenix to the front of the line, ahead of Chandra’s Phoenix, Rekindling Phoenix or Flamewake Phoenix. There’s a lot of hoops to jump through with the other firebirds, and there’s a wonderful simplicity to this one. Being in an aggressive red shell means you’ll rarely be lacking for spells in the graveyard, so they’d better have some Cry of the Carnarium ready to go.

I shouldn’t have to tell you how much fun it is to spec on a card like this for 30+ copies, and then sending them to a buylist as a brick after it breaks $4. It’s the kind of high people chase for a long time.

You can get this for near-bulk prices on TCG right now, and a lot of that is due to Fires of Invention decks that are trying so very hard to do something fun. The Fires decks actually have two good choices for four-drops in Shatter the Sky and this, depending on the risk and the presumed threats on the board.

Temur Reclamation decks are also playing the full set of this, and you can expect a hefty price jump if this looks good on camera. Wilderness Reclamation is a pretty busted card when built around, and being able to wipe the board and then reset your mana is a very sick play.

Finally, I think Ashiok remains a buy at $12. The card is fantastic, providing a game-winning plan through the plus ability and setting up for a devastating minus. Defense is also reasonable, answering any problematic permanent for at least a turn. I would not be in at $15+, but right now you can get Ashiok at prices approaching $10 on eBay or the cheaper TCG copies, and that’s really where I want to be for the UB control finisher.