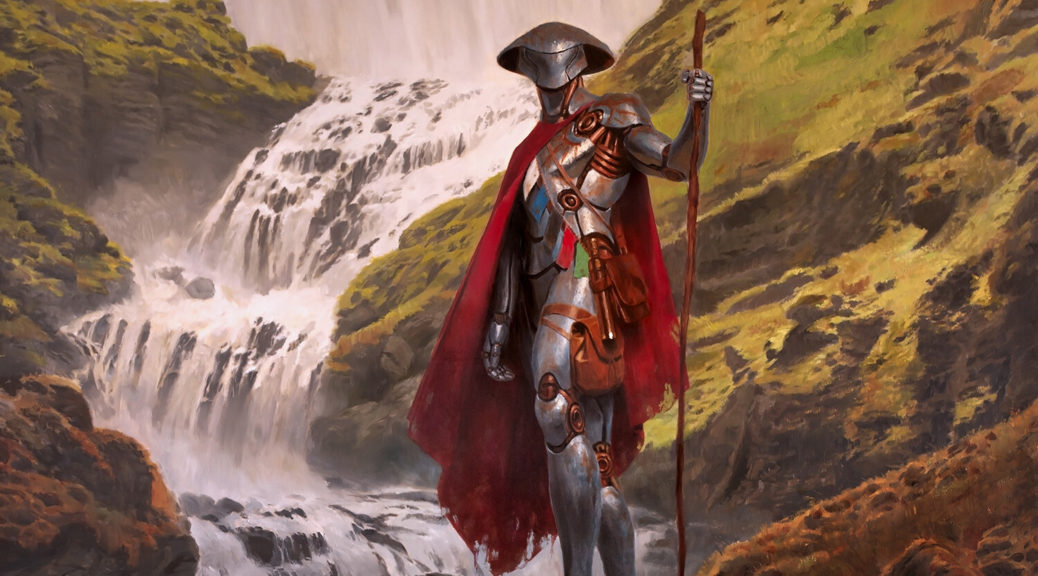 Finally, the scourge of Golos has been ousted from Brawl. Finally, we can be free to brew inconsistent and janky Brawl decks without being beaten down by the five colour tyranny! Finally we can enjoy our Wednesdays again!

Just kidding, I’m afraid I’m not here to talk about Brawl. Once Upon a Time has been banned from Modern and Underworld Breach has been banned from Legacy – both perhaps relatively unsurprising but there were a lot of potential directions that Wizards could have taken with this announcement.

It was fairly clear since the printing of both these newly banned cards that their days were numbered, and certainly in Modern a LOT of decks were utilising Once Upon a Time. There’s also the notable lack of any bans in Pioneer – so how is all this going to shake things up?

Despite many people (myself included) being fairly certain that Dig Through Time was going to be banned in Pioneer, it didn’t happen. Dimir Inverter has solidly been the best deck in the format for a few weeks now, but Wizards chose not to do anything on the grounds that its non-mirror-match win percentage was only around 49%, also citing that there was “tremendous diversity” across the top decks at the three Players Tours.

This lack of a ban means that Inverter is probably going to remain the top dog for a while, and so prices of the cards in that deck are going to climb again (after the instability amongst ban fears). Jace, Wielder of Mysteries is always a four-of in the deck, providing card advantage whilst getting you closer to milling your deck out, as well as being a win-con in and of itself. Now that we’ve had the original printing, the JPN alt art and the stained glass Secret Lair versions of this card there are a fair few flying around, but supply is quite low on the stained glass copies.

Starting at $40 on TCGPlayer, there are only 22 vendors with copies and the price tag climbs with every listing. Whilst I still think that Dig Through Time’s days are numbered in Pioneer, for the time being I think that Jace is a good pick-up for a shorter hold time (say 6 months perhaps), to get to $60-70. He’s also backed up with considerable EDH demand (over 10k decks listed on EDHREC), and we know that EDH players love their foils.

It’s also worth bearing in mind that supply on the JPN alt art foils is practically non-existent, so a quick flip could easily be available on those versions too.

Arclight Phoenix is a card that has proven itself across Standard, Modern, Legacy and Pioneer since it was printed in Guilds of Ravnica, but has since fallen far from its peak. Once a $30 card, the Modern Phoenix deck took a tumble when Faithless Looting was banned, and has popped up here and there since then but not put up many consistent results.

However, I don’t think that it would take much to get the deck going again, either in Modern or Pioneer. There are still plenty of free/cheap spells in Modern and Treasure Cruise is still legal in Pioneer, and with the Pioneer metagame shifting away from Lotus Breach it means that there will be fewer Damping Spheres hanging around in sideboards to slow Phoenix down.

I think that $6 is almost certainly the floor for this card, and if (or when) the deck gets going again they will be snapped up in playsets and disappear quickly. It might be a slightly longer hold on these but Wizards won’t just stop printing cheap cantrips any time soon, so think about grabbing these at their floor and waiting.

I talked a little bit about Modern Dredge in an article back in January, and here we are again. Dredge is still doing what Dredge does, and quietly putting up solid finishes in both paper and online tournaments every week. Dredge pilots tend to stick with the deck through thick and thin, making the likelihood for them to pimp out their decks all that much higher.

So onto the Ox: when it was previewed for THB it seemed like a pretty clear cut to make it into Dredge, and lo and behold it’s always showing up as a 2-of in the deck. Turns out ‘draw 3’ (read: Dredge a million) stapled to a 5/3 is pretty good!

I was quite surprised when I went over to TCGPlayer to have a look at EA foil Oxes (Oxen, probably?), to find that the lowest NM foil is at $20 and there are only 41 listings total. The price ramps up to $30 before long, and $40 isn’t too far off either. There aren’t going to be many more of these entering the market now and it seems all too reasonable for Dredge players to be picking these up for their decks, so I can see these drying up and making $40 inside 12 months.