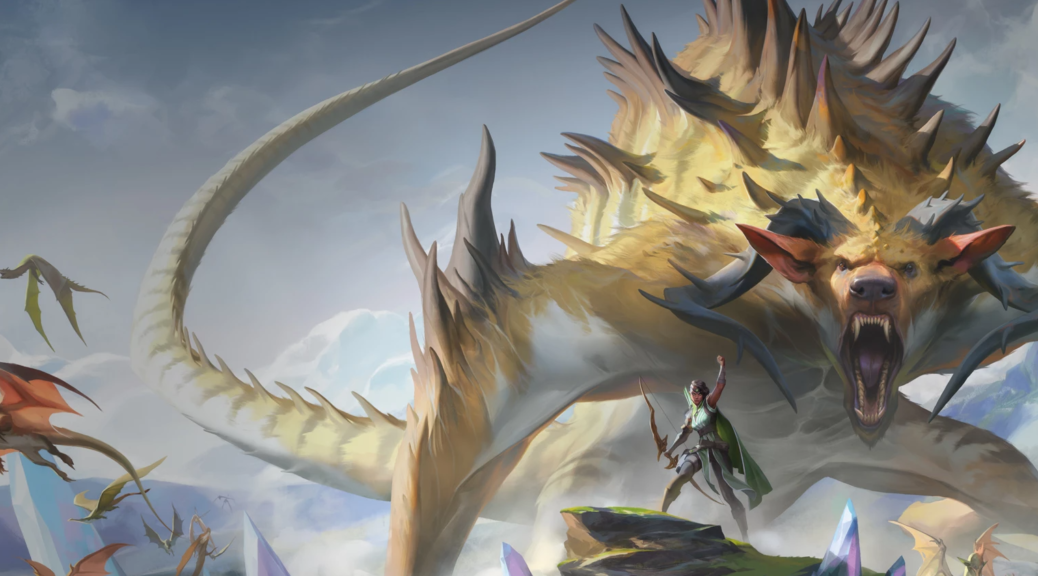 What is Magic Online?

Magic Online (MTGO) is a first generation legacy software platform providing Magic players with digital access to play Magic: The Gathering. Speculation on Magic Online is made possible by the fact that the software provides a digital goods marketplace that allows players and vendors to buy, sell and trade cards and tix (the digital currency of MTGO).  The program is expected to eventually be replaced entirely by the 3rd generation software Magic Arena (which does not provide a marketplace) but the effort required to code older sets into Arena has all but guaranteed that MTGO will be around at least until 2021-2022.

The MTGO economy is one of significant volatility with prices moving faster than with paper Magic. On Magic Online it is common to observe prices shifting significantly in minutes rather than days, weeks or months. This means that the timeline for MTGO speculation is often defined by very brief windows of opportunity that require you to be carefully tracking fast moving prices, recurring and new card supply outlets and current card usage trends.

By way of example, on February 27 we could have bought 40 copies of Heliod, Sun-Crown for 13.55 tix each, and subsequently sold them for 19.87 tixs on average between March 5-9. Heliod’s price movement can be seen below, courtesy of Goatbots.com. On this play we would make 252 tix from an initial investment of 542 tix, representing a 47% return in about a week. The annualized equivalent of such returns is clearly ridiculous but more commonly MTGO speculation leads to smaller, incremental gains that must be repeated to create real asset growth.

Finding successful specs like this is as much an art as a science, but it is still well worth establishing a general approach and tips for maximizing our efforts on MTGO.

Many MTGO Finance fundamentals are the same on MTGO as in paper MTG Finance, including the importance of supply vs. demand, and the likelihood that fresh tournament results will drive key price changes. Experience with paper speculation therefore provides a definite advantage in the MTGO market, but there are also additional factors to consider on Magic Online to be successful in this unique marketplace.

One major difference is found in which magic formats are prioritized by MTGO users. In 2020, the most important constructed paper magic formats are arguably EDH, Standard, Pioneer and Modern. Online a lot of Standard play has been captured by Magic Arena, while Pioneer, Modern, and Legacy can only be played on MTGO, with Modern being the most popular constructed format on Magic Online at present.  EDH is generally considered to be far better in person than online and so typically does not drive prices on MTGO as it does in paper (at least before the COVID crisis hit).

Unique supply patterns on MTGO can also lead to outsized spikes in card prices vs. paper. Mishra’s Bauble for instance is currently $9 in paper, but over $50 on Magic Online.

Another key difference is the amount of supply in circulation for specific cards. The MTGO economy has a number of unique re-supply points that by and large do not exist in the paper economy.

One of the most important sources of additional supply on Magic Online is the regular reintroduction of sets via “flashback” or “encore” drafts, which allow MTGO players to draft out-of-print sets, typically for a single week. These drafts push fresh card supply into the market, which tends to crash prices for the included cards, at least in the short term. In early April 2020, for example, Modern Horizons had a flashback draft for a week, which crashed the price of Force of Negation from 90 tix to as low as 40 tickets, which then bounced back to 60 tickets just a few days later as constant demand started to overtake the fresh supply. All this movement took place over a few days – reinforcing the fast pace of MTGO finance. MTGPrice Pro Traders profited hundreds of tickets on this action alone.

Another near constant and shifting source of supply on MTGO are the Treasure Chests, which are extremely complicated and likely warrant their own article. But in short, these chests inject new supply into the MTGO economy for specific cards over time. Chests are distributed as rewards for winning MTGO leagues and tournaments. The cards and prevalence of each card included in treasure chests changes every few months. This article outlines, in painful detail, the contents of Treasure Chests, and online resources by Goatbots calculate the value of treasure chests. We recommend reviewing whether a potential spec is included on a treasure chest list, and at what prevalence, before jumping in.

Wizards of the Coast doesn’t sell singles directly on MTGO. Rather, they sell either tix (in game currency roughly equivalent to the USD) or booster packs. The vendors on MTGO operate within the marketplace via bot software that shifts buy and sell prices based on the # of transactions for a given card per period of time. These bots profit on the back of margins linked to card popularity and frequency of transactions. There are no discounted booster boxes online, and while pack prices vary dramatically online vendors are not known for buying and cracking sealed boosters to replenish their stock. As such, if players are holding key cards in their collection and those cards have not seen fresh supply for a while on MTGO, the prices will naturally trend upward.

For example, MTGO has its own unique promos, some of which are priced at a premium due to scarcity, while others have a massive supply that crushes their price. Take a look at the massively circulated promo for Ugin, the Spirit Dragon, which is priced at only .05 tickets online! In contrast, extended art UMA Karn Liberated are priced at 80 tickets, an 800 percent premium over normal copies, entirely due to the # of copies that entered the platform during the related distribution period and how many players had access to them during that period.

At this point Magic Online still supports a popular redemption program that allows players and vendors to collect entire sets of Magic cards in either non-foil or foil and redeem them through the MTGO store to receive a sealed paper set of the same cards. There is currently a $25 redemption handling fee per set redeemed  + $2.99 US domestic shipping fee for each order, regardless of the number of sets redeemed. Whenever a set is redeemed in this way, the digital assets involved are effectively taken out of circulation, while additional inventory is added to the paper market. Traditionally this has led to a couple of important trends: paper vendors resupplying key Standard staples more reliably than through booster box cracking via the acquisition of sealed sets AND the gradual collapse of MTGO singles prices once sets rotate out of the redemption window.

Given the complexity of the additional factors to consider on Magic Online there are a handful of tried and true strategies worth considering when looking to identify key specs or figuring out when to time the addition of important cards to your collection.

The most important strategies currently include:

MTGGoldfish.com and Goatbots.com both have daily and weekly price trackers for MTGO. Checking these websites regularly provides valuable insights into the market overall, whether any particular format, deck or card is going up or down, along with highlighting which cards are leading the price movements each day. Here is where you can find this data on both websites:

MTGGoldfish shows weekly and daily movement for each major format, based on Cardhoarder pricing. Make sure you have online prices selected in the top right-hand corner of the site.

Goatbots shows the weekly, monthly, and six-month data for that format. You can also see the total cost and most expensive cards for each format.

To maximize your chances at success, here are seven rules that are applicable to most of what you might get up to on MTGO:

Cardhoarder offers a free Card Keeper Tool that allows users to track your specs all in one place. To leverage this tool, follow these simple steps:

As you buy new specs, repeat this process to keep your collection up to date. Prices on this website have a slight delay, so use this to evaluate your broad portfolio rather than specific cards. You can view the value of your entire collection in the top right corner of the Card Keeper Tool.  You will also likely want to cross-reference pricing at Goatbots.com and other vendor sites in case they are offering better prices on either the buy or sell side.

We also recommend you track your MTGO buying and selling in an old fashion spreadsheet to accurately track your buy-in price, timeline, and profits over time. For current specs, we track the card name, set, buy-in date, number of copies, price per copy, and total cost. For completed (sold) specs, we add the sell price per unit, sell date, and total profit or loss.

While MTGO investment and collection maximization may be a solid play in the near to mid term, we must keep in mind that eventually Hasbro/WoTC is very likely to try and move the majority of players over to the Magic Arena platform within the next few years. With the launch of live 8-person drafts on Arena for the Ikoria release, one major draw to the MTGO platform has just been eliminated. This makes Pioneer, Modern, Legacy, Vintage, EDH and flashback drafts the remaining major draws to the MTGO platform. Given the time/money that WoTC needs to commit to backfill all of the missing sets on Magic Arena and support the older formats, there’s a pretty good chance that the Magic Online economy will still be afloat into 2022 at least. That said, you will be much better off planning your MTGO activities in the very short term, with plans of actions that last hours to no more than a month. Staying liquid and being able to unload tix for cash within a short period of time is important to securing your eventual exit from what is very likely a dying platform.

Now you have what you need to dive into the fascinating world of the MTGO economy. If you are looking to take your action to the next level you can sign up today to become an MTGPrice Pro Trader, join our bustling Discord and get daily updates on the latest in both paper and digital collection growth and speculation.