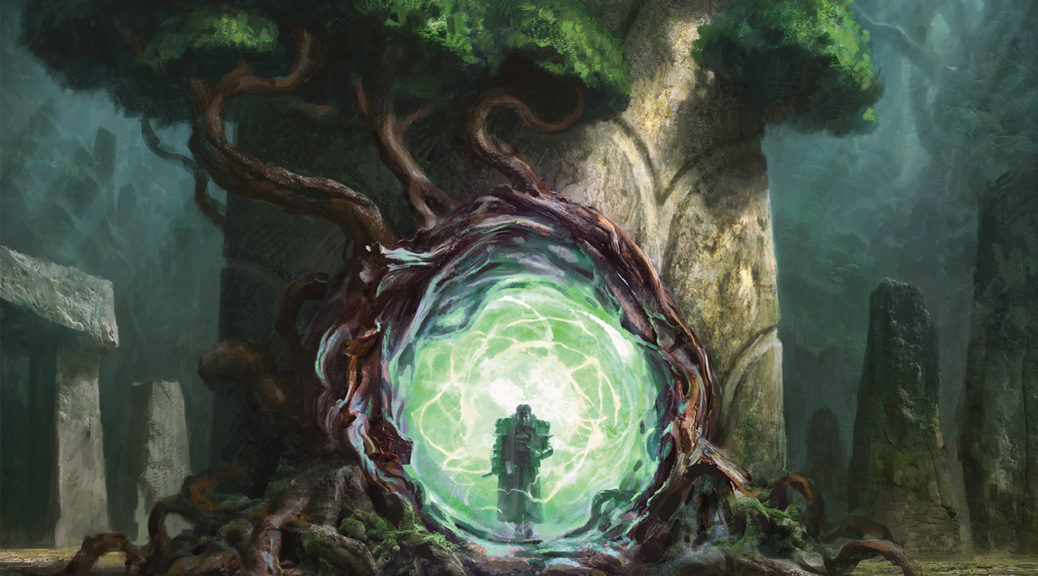 Last week, I wrote about Throne of Eldraine and some underpriced cards going forward in Standard. Today, I want to expand my thinking a little and focus on mythics whose prices are terribly tempting.

I’m looking for unique effects, good in Commander, things that have or might get used in Eternal formats, and that includes Pioneer.

I mentioned Arclight Phoenix last week and I’m still interested at $4, just to get that out of the way. I don’t need to repeat myself, do I?

I don’t see how these can get much cheaper even as we barrel towards rotation. It’s not like Standard players are lighting it up with token shenanigans. It’s already in 6000 decks listed on EDHREC, it synergizes extremely well with the new UWR token maker, Akim, the Soaring Wind, and it’s just a must-kill threat in any Commander pod.

Unsurprisingly, as a Commander card I want foils, and at just a few dollars more for the foil, I should be able to make that happen. This could have been had for nearly half as much a few months ago, and while this will get reprinted again, that’s why you want foils.

Let’s take a trip back about a year, shall we?

This was close to $20 when people were trying to break it with free spells, and that use hasn’t changed. Yes, War of the Spark has a whole lot of uncut sheets out there, but very few of those are cut into useable cards. I want to have a few of these stocked up for when the next free spell frenzy hits, as it eventually will.

We know this is a good effect, a powerful one. We’re just banking on its return to glory, and that this is a playset when used in Modern. Pioneer doesn’t have the suspend spells to use, but who knows what’s coming? It was 4x the foil price once, and might be again.

Vannifar Pod has real potential, both in Modern and in Pioneer. It’s been powerful and hyped before, and I want to have a few of these handy when the hype arrives again. The graph on this one is a lovely shape, just heading to the bottom of the canyon before something happens to make this a hotly desired card.

Again, this is a card that gets played as a four-of, and the higher foil price is more reflective of Commander demand than anything else. Simic is decadently spoiled for choice in terms of the Commanders to choose from, and if I saw PSV in my pod I’d be prepared for a combo backed by countermagic. Pick up foils, if you have the budget.

Remember when this was a $15 card, backed by three colors of ridiculous Elementals? It’s still very very good and is a tribe that’s gotten a whole lot of support over the years. I like this more for Commander than anything else, but while Horde of Notions is better able to win a long game, Omnath just ends things fast.

This has the potential to fall a little further as rotation approaches, so if you want to be patient before buying, I’d respect that. I’d also listen if you wanted to play this alongside Kaheera, the Orphanguard for the next few months. I do love synergies!

Kethis Combo decks were huge at the end of last year, and when Pioneer comes back in person, it’ll still be a deck with a lot of potential. The risk of reprinting is quite low, and the synergies are still very powerful. There’s been minor bumps in price as time went on, usually in sync with someone spiking a strong finish with the deck, but its popularity is hampered by the sheer number of clicks it takes to make this deck work online. In person, it’s much less of a problem, once you demonstrate the loop. Online, you’ve got to click every iteration until you’re milled out, play Tamiyo, get back Jace, and win. Then do it all again.

The key interaction point is Mox Amber, which is a bit pricier, but another worthy speculative purchase given that it’s still got a lot of potential in Pioneer.

He’s a baddie, no doubt about it. I think he’s criminally underplayed in token/superfriends Commander decks, where so many effects can get him an ultimate right away. He just needs a little help, and then everything is TERRIFYING. Worst-case is that he deals with a threat and replaces the card you spent, which isn’t great in Commander, but that’s a pretty high floor.

I think all the versions are good buys at this point, being at their lowest price. It’s unlikely that he’ll fall too much further before rotation hits, especially in the Showcase styles. I don’t think any one thing is going to happen to cause his growth, just snag your cheap copies now and be patient.