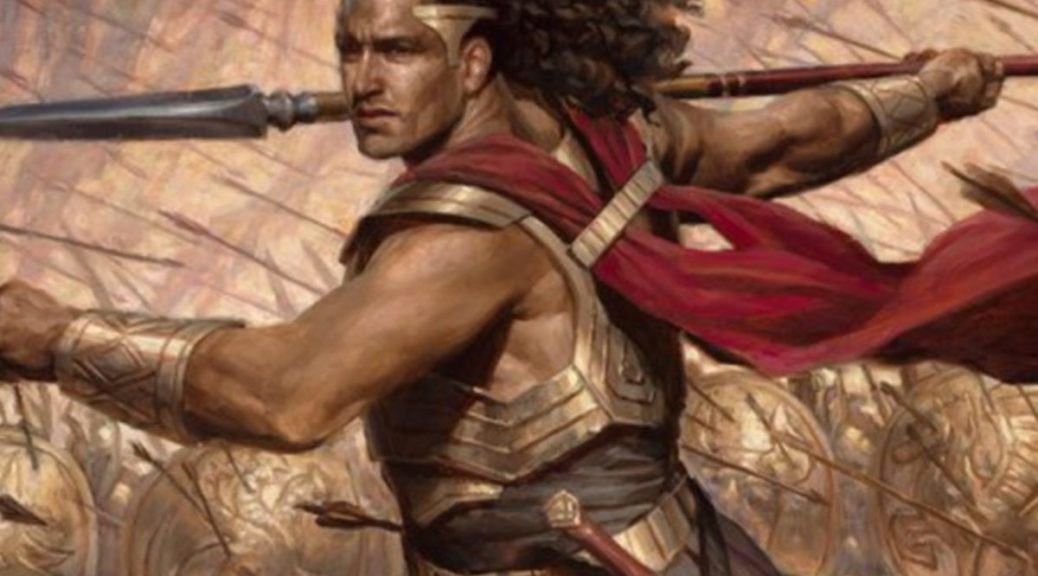 Next week, on May 15, Ikoria: Lair of Behemoths is supposed to be released throughout the world. It’s been on limited release for about a month now, and even though there’s blessed few places/ways to play in paper, some prices have really stood out.

Now comes the true test: What will the prices be once we can buy and open all we want?

While I think almost everything is going to come down in price, there’s a certain mindset of ‘people can buy, but can they play? That’s a much more difficult question to answer, and my guess is that even if stores are open, are people going to go there? I certainly don’t feel ready to go storming back in like nothing’s changed.

With that caveat, let’s focus on the current prices for the pack nonfoils, the most basic versions of cards in Standard.

The Artisan is in quite a spot. There’s been a lot of versions of Cat Food decks, most of which are using Mayhem Devil and the new hotness is Obosh, the Preypiercer as a Companion. That version can’t play this even-costed Artisan, but holy wow, is the Artisan perfect for the deck. Get bigger with every card in the yard, can upgrade one creature into just about any other creature. Note the lack of ‘nontoken’ to sacrifice. Note that you’re paying the new creature’s cost, even if that’s huge, and it’s going right into play!

Even with all the awesomeness of this card, I think it’s due to come down a little. It’s not going to go too far, as it’s a fine card in multiples and these sacrifice-themed decks will want at least three. I see this as ending up at $15-$20.

If I’m wrong, and the Food decks take over in paper, watch for Korvold, Fae-Cursed King to jump again. He was $30 at one point, and has fallen down to $6. The rise of the Artisan could make Korvold jump to $15 again.

There aren’t a lot of decks playing a ton of this. I love seeing this with Gyruda, Doom of Depths as wrath insurance, but since the main use of this card is that sort of defense, that’s generally not the sort of proactive plan that decks succeed with. It’s a powerful card, one that demands its own removal spell first, and that will help keep the price near $10.

There’s a Mardu Sacrifice deck out there that might take off, and if it does, the Broodmoth will rise and you should also get in on cheap copies of Nightmare Shepherd. Currently a dollar rare, if the deck is real it’ll hit $5 easily.

This price is entirely due to the proliferation of decks using this companion in older formats. Standard doesn’t have decks that can satisfy this requirement easily, though I played against one that used a variety of reanimation cards quite effectively. Modern Burn has adapted to this card quite easily, and Legacy isn’t far behind. Sometimes the goal is just to recur a Mishra’s Bauble, and sometimes the goal is just to have the 3/2 lifelink lurking for whenever you need it.

I don’t think this price can hold once we’re opening packs at the normal rate. My instinct is that it’ll flirt with $10 and lower within a couple of months, but the long-term outlook of this card entirely rests on how broken you think it is and if it’ll merit a ban.

There’s not a lot of Standard fun with this kid yet, but the synergy with Castle Garenbrig is real and terrifying. I think the big appeal of this card so far is in Commander, as I can’t find many lists with Kinnan yet for Standard. The combination of Commander appeal and the limited amount in circulation is a formula for a price that’s teetering on the edge of a precipice, and the fall is about to happen. Unless a new Standard deck pops up with the prodigy (and I’ll be pissed if it’s not called Firestarter!) it’s headed towards $5-$7 or so.

Five-drop planeswalkers need to be overpoweringly good on their own for their price to get high and stay high. This version on Vivien is not overpowering, but untapping with her in play is likely to lead to wins. The value of playing the top of your library is good, but this effect exists in a couple of creatures already: Vizier of the Menagerie and Garruk’s Horde. Neither is expensive or game-ending in Commander, which doesn’t bode well for her price long-term.

I’d expect her to drop by half soon, and stay in that range for most of her life in Standard.

There is a deck playing Rielle, and it’s awesome to see someone cast Cathartic Reunion with her in play. As you can imagine, this is an Arclight Phoenix deck, and a decent one. Rielle as a mythic is going to drop pretty hard, as there’s better choices for a Commander of a cycling-themed deck. I’d say she will end up about $3/$4 when prices begin to fall.

The Fires of Invention decks love having good four-drops that can get ahead on the board. Fires is a do-nothing by itself, but Fires into Narset can take care of a big threat nicely, depending on the discard. Jeskai Control is another deck that would dearly love to get this emblem going, and 2 life on the plus adds up quick. I think Narset’s price will fall a little, but not too far, and hover near $10 for quite a while.

Of all the cards on this list, I think Winota has the greatest chance to rise in price. The deck playing her is going to play the full set, and rightfully so. You can choose any flavor of low-cost non-humans, but Winota is the reason for the spike in Agent of Treachery recently and I won’t be shocked to see Haktos the Unscarred rise from bulk into the $2/$3 range as well. Winota decks are capable of some absurd turns: Spectral Sailor into Raise the Alarm into Chandra, Acolyte of Flame means five Winota triggers on turn four, and you’ll be looking at an absurd 30 cards in total.

What you really want to keep in mind with Winota is the scaling effect. Every cheap non-Human makes her easier to activate, and every good Human makes her triggers that much better. It’s unlikely we’d get something as good as Agent of Treachery’s trigger, but who’s to say?

In terms of her Commander appeal, my favorite Human hits in her colors are probably Konda, Lord of Eiganjo and Lena, Selfless Champion. Depending on your local metagame, Vulshok Battlemaster might be the perfect card too.

Winota needs to win something spectacularly, like a SCG open on camera with a turn-four kill, just to put her capabilities into everyone’s mind. Then she’d hit $15 or $20, as befits a mythic that must be played as a four-of.