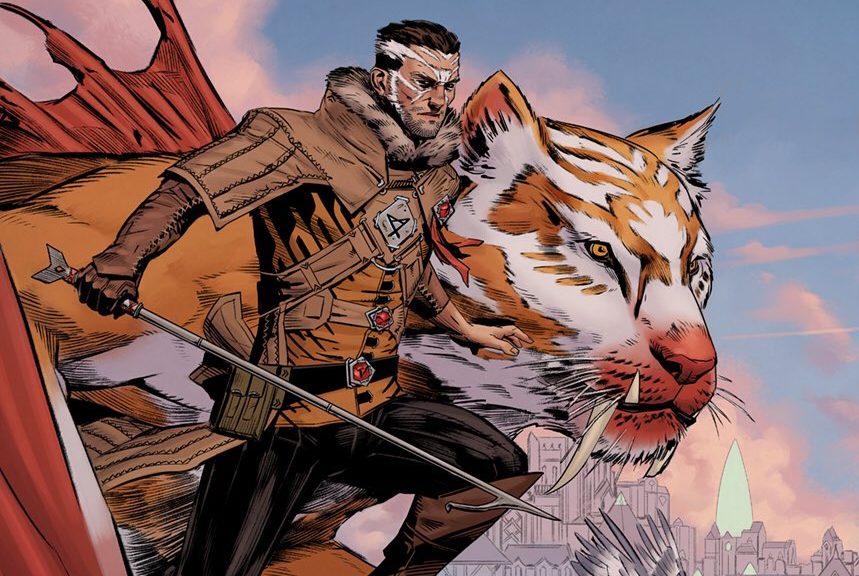 It’s crazy that all of this is true: we are a week from the launch of Core 2021, we’re in the middle of JumpStart previews and Double Masters is about to wreak some havoc.That’s just the Magic drama, to say nothing of political, social, and public health problems. (I’ve never oversimplified as much as I have as I did in that sentence.)

But from an MTGFinance perspective, there’s something clear worth a moment of focus: With the Core Set about to be the main event, Ikoria is at maximum supply and prices are at their lowest. Granted, the virus has caused slowdowns in supply and a lot of stores didn’t open their allotment, but until I get different data, this is when prices are lowest. Let’s talk about what you should buy, either for Standard, Eternal, or Commander.

The graph shows it clearly but it bears repeating: This is a non-legendary mythic, only two mana (and flexible at that), and if you’re playing it you don’t mind the extra copies that are either huge or fodder for the first one. I like this as a spec to hit $25+ by Christmas under normal circumstances.

I have to admit these aren’t normal circumstances, though. Picking up cards for later Standard growth is not as stable even if there were no COVID-19. Lots of factors make this scary: the cancellation of all MagicFests in 2020, unknown amounts of product still waiting to be opened, and local stores not being a safe place to play paper. This might be too risky and I’d totally understand if you wanted to stay away.

Lukka hasn’t fallen much in price since the banning of his favorite Agent, but between Lukka and Transmogrify, that’s a lot of ways to upgrade a token into a real creature. These two cards will be legal together for the next 15 months or so, and I’d expect every big creature to get evaluated for this. Top targets currently include Drakuseth, Maw of Flames, Yidaro, Wandering Monster (both of whom are on-color) and End-Raze Forerunners. All are fun in different ways, and I wouldn’t rule out tutoring up Nyxbloom Ancient and then some mighty Volcanic Geyser action.

This is probably the ultimatum I want the most of for long-term holds. Yes, it’s lame if your opponent managed to land a Darksteel Forge or something like it, but for just about any Commander game this is the spell you’re working towards. Being three colors is a price, and all the Ultimatums are worth thinking about, but this is a pretty unique effect. For example, we’ve got Rise of the Dark Realms that is better than Eerie Ultimatum, and only in one color to boot. Planar Cleansing is too symmetrical for my taste. I love being unfair.

We’ve got the Temples in Core 2021, and the Triomes allow for the Castles from Eldraine to come in untapped. The Triomes are likely to be a feature of Standard for the next 15 months, as well as being awesome in Commander and splashable in Modern. This is the price when supply is at max, and given that we’ve got $20+ shocklands, having Triomes at $10+ doesn’t seem unreasonable. At the very least, you should get whichever ones you want for your Commander decks now, especially the sweet alternate art versions.

Heartless Act (about 75 cents each)

You might be able to get these for cheaper, and I would commend you for doing so. This is more than just good Limited removal: it looks to be one of the cheapest catch-all answers around. I looked at the top creatures being played in Standard, and blessed few of them don’t have counters. Heartless Act misses on a big Hydroid Krasis, or a big Stonecoil Serpent, but takes out almost everything else, as an instant, for just two mana. We’re going to see a lot of this little spell, and while it’s not Mystical Dispute, I wouldn’t be shocked if this was on buylists for $1.50 in six months. Get a stack of them now, and be prepared to ship them to a buylist for a comfortable flip.

Four mana is the sweet spot on board wipes, and before Companions were modified, this was unfairly good. You knew what you’d be naming from the getgo. I still think this is an amazing card, capable of dealing with the indestructible Gods of Theros or annoying Hexproof creatures if someone built a Bogles-style Standard deck. Plus, with the return of Heroic Intervention, just destroying things might not be good enough. Again, I think the play here is to purchase a brick of these at low prices, and when the buylist creeps up to $2-$3, ship the whole thing out.

You can get some sweet Godzilla art or awesome comic-book-style art for a couple bucks more, but this is also a buylist play. Gemrazer is a four-of in the assorted mono-green aggro decks that have been popping up, and that’s because upgrading Gingerbrute to a 4/4 is a big game. Fires of Invention is gone, and that’s the big enchantment that was worrying folks, but the mutate ability does hit a lot of incidental value in the current environment and that’s a pretty great deal for three mana. I don’t want to hold this too long, I’ve written before about how Valentine’s Day is about the time when I want to get out of Standard cards that’ll be rotating.