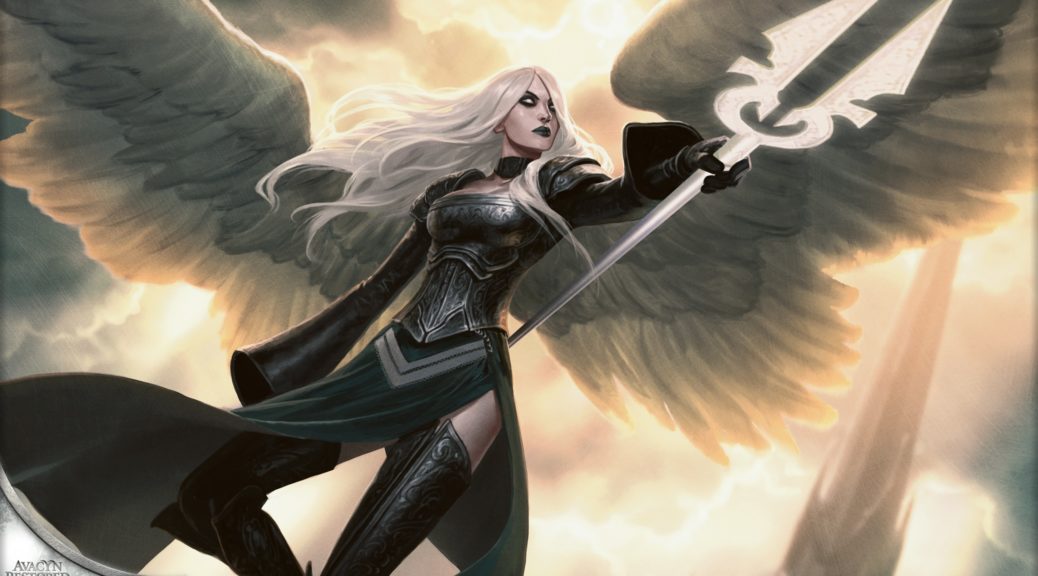 No, no, I mean Box Toppers.

We’ve had a LOT of price movement on these, and it’s made a lot of my predictions look pretty terrible. I’m not one to hide when I’m wrong, but this seems to be an instance of there being a lot more product and a lot of people who are trying to take profits quickly.

This is good for anyone who wants to get these for themselves, and also good for those who want long term value. Let’s get into it.

The first thing that you might notice is that the foil BTs and the nonfoil BTs often have a real discrepancy in price, but with the nonfoil being more expensive. This is because every VIP pack gives you two foil box toppers (one definitely rare, the second has a 66% chance of being mythic) and every box of Double Masters comes with two nonfoil toppers at what I think is the same ratio.

A lot of the rare BTs have a higher price for nonfoils than foils, because there’s less Double Masters boxes being opened right now than VIP packs. Vendors are chasing the profit from VIP packs, opening them in quantity and trying to extract maximum value.

If you’ve ordered VIP packs ahead of time (as I have) then you might be wondering what to do. I am not going to be cracking them and trying to cash in right away. Too many vendors are too ahead of us, and if you don’t hit the big ones, then you’re going to miss out on some value. If you open a foil Force of Will, then you’re going to get paid anyway, but there’s going to be a lot of people trying to cash in ASAP.

I don’t think you should be one of those people. I’m holding my packs, and I anticipate holding them for a while. I am doubtful that there will be much of a second wave of VIP, because that would step on Zendikar Rising sales (presumably of Collector Boosters, but who knows) but I do anticipate an announcement of more VIP, even if it’s not accompanied by a lot of product.

I don’t think you should be selling this weekend–I think you should be buying instead. Some of these box toppers, in foil and nonfoil, are are ridiculous prices, and there’s some regular versions to consider too. Prices have been hit hard, and in the rush to make what profit one can, there’s a lot of things on the board that represent a chance to increase in value.

First, the Box Toppers I really like, and keep in mind that prices may drop by a few percent this weekend as people rush to find the floor. It may go even lower next weekend, as regular folks get their preorders in hand and try to cash out. I’m comfortable with the prices I’m listing.

Fatal Push ($20 nonfoil/$15 foil) – The inverted prices are notable, and I wish I could say that you ought to lock in on one or the other. This is a pick that says ‘I have confidence that paper events will return, and Modern will be big again!’ and if you aren’t confident in that statement then skip to the next one. I do feel good about Modern events eventually returning, and Push is one of the premier spells in that format.

Academy Ruins ($24/$22) – A price difference that is barely there, but is present nonetheless. This is one of one of the most puzzling prices out there, and one that deserves attention. The original in Time Spiral is about this price, as is the Modern Masters 2013 reprint. There’s no reason that this gorgeous borderless version, done by a true master in John Avon, should have a price near to the other ones. This is the immediate upgrade for your Cube, and in 13,000 Commander decks. Breya is about to be built a whole bunch, too. Grab your personal copies now, and your spec copies as well.

Phyrexian Metamorph ($12 for either) – It’s in 15,000 decks, and has a promo from when it came out. It’s also one of the best cards you can ask for in blue decks, copying mana rocks, busted enters-play abilities, or game-ending legends. I’m inclined to pick up foils, because Commander players love foils, but being at the same price means that there’s that many less of the nonfoils.

Wurmcoil Engine ($27 for either) – One of the best creatures ever, this price seems out of line with the basic versions that are available. I’ll grant you that the art is not my favorite, but there’s no reason for this to be $5-$7 more than the Commander Anthology version. The Invention is at about $100, and this Box Topper won’t be threatening that price. This is the mythic that I think has the most room to grow, because there’s significantly less of each Box Topper mythic than each rare.

Now for a couple of non-Box-Toppers worth paying attention to.

Doubling Season ($40 for the regular nonfoil, $65 for Box Topper foil and nonfoil) – Let’s go to the graph, shall we?

Note the drop when this was a mythic in Battlebond, and the recovery not long after. Reprint season is when you want to get your copies cheap, and I don’t think $40 is the floor here. Any version is going to be a winner, but I’m really hoping that this one can drop to $30 or less once people get their boxes and try to cash in. Doubling Season always recovers. It’s too good, too much a staple.

Skithiryx, the Blight Dragon ($18 nonfoil/$35 foil) – Considering that the original from New Phyrexia has never been reprinted, the price on the OG is a respectable $40. Being a mythic will slow the fall, but there hasn’t been an injection of new copies for a long, long time. There is farther to go before it hits the floor, and I’m hoping that it’s below $10, so I can lock in some long-term gains.