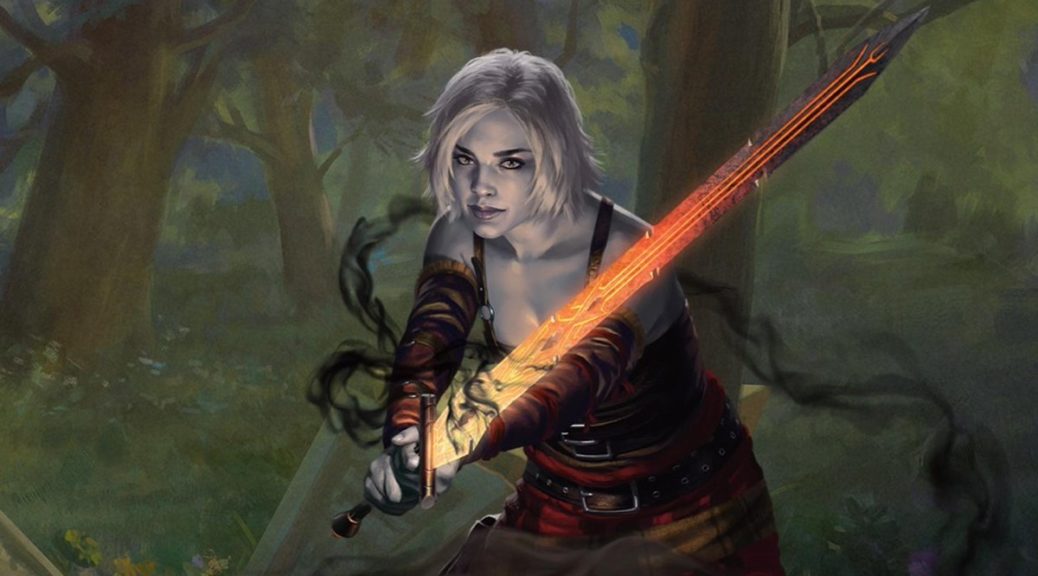 Zendikar Rising previews have started, and goodness me, do we have some cards going on. Landfall is back, we’re now a full D&D adventuring party, and we have modal land/spell cards! Let’s talk about these new cards, any preorder prices I can find, and where these will be good.

Oh yeah, and fetchlands are back, sort of.

First off, let’s talk for a moment about fetchlands. We know that the full ten are in as new Expedition Box Toppers. There’s 30 lands this time around, with no real clunkers like the doublecheck lands from our second trip to Zendikar. However, these are found in nonfoil as a Box Topper in boxes of Set Boosters and Draft Boosters, with a Collector Booster box coming with two Box Toppers. Let’s take a moment and do that math. To get one nonfoil Scalding Tarn, you’ll have to open 30 Set or Draft Booster boxes, or 15 Collector Booster boxes, or some combination thereof.

That’s a lot of boxes to get a Tarn. Foil Expedition Box Toppers have a 1 in 6 chance of appearing in a Collector Booster. So to get a specific one, like a Tarn, you’ll have to open 180 Collector Boosters to get that card, statistically speaking. (If you run the numbers, it’s worse, but I am not statistician enough to explain why it’s worse.) For every foil Tarn that should get opened this way, that’s 15 boxes, and handily that’s 30 nonfoils along the way. Collector Booster boxes should have, on average, the same number of foil and nonfoil Expedition Box Toppers. The nonfoils have the extra juice from Draft and Set booster boxes, which will help subsidize the EV of those boxes and push the price down on everything else in the set.

What I’m planning on doing is waiting for the initial rush to settle down, and then picking up any fetchland that drifts too far downwards. This is not a full-scale reprint, this is an auxiliary printing in a new frame, with some sort of sweet glossy texture to it. They won’t get as cheap as they did during Khans of Tarkir, we’re not going to see that quantity again, if ever. Plan accordingly, and keep in mind we aren’t done with the reprints either. Modern Horizons 2 is on the, well, horizon for next year and regular-frame fetches would be a nice inclusion.

We also need to talk for a moment about the mythical cycle of spell/lands. We’ve only got one so far, but it’s a sign of what’s to come:

There’s a rare cycle that is either color of land on each side, and that’s good, but these lands are a really powerful and consistent addition that will have a long time to make an impact in Standard. Cycling and kicker are two mechanics that offer something to do early and something to do late. Morph creatures are like this as well, asking which path you want to take based on your situation. These spell/lands are even more powerful than that, and we’ve yet to see the rest of the mythics, but this one, Emeria’s Call, is even better than the entering-tapped uncommon cycles. If you need it to be your fourth land on curve so you can Shatter the Sky, it’ll do that for you at the cost of 3 life. Planning is key with these lands, it’s a skill tester but it makes your land slots that much better. Remember that this was Tiago Chan’s original Invitational card, a card deemed to be too good and we got Snapcaster Mage instead:

So how much will Emeria’s Call end up costing us, dollar-wise? The initial price is around $8-$10, and that seems about right for me for a card with this level of flexibility. Should it travel down to $5, I’ll be picking up a lot of them. Remember that this set has two years of Standard legality to go, and that seems a reasonable timeframe for in-person events to start again.

Angel of Destiny – Around $5-$7 right now, and that feels high for such an effect. Everyone gains life, and then you’re sad when this dies and they haven’t lost any life for your efforts. It’s a staple for the lifegain Commander decks though, as it’s an attack trigger to win the game, but then the Angel has to survive to your end step. That’s a lot of hoops to jump through.

Ashaya, Soul of the Wild – Currently about $10, and I’m pretty low on this card. It’s a neat effect to build around, and offers a weird form of protection. Suddenly, with all your creatures being lands, they are immune to things like Cyclonic Rift, Oblivion Stone, or Planar Cleansing. I like building around this in Commander, but I’m not preordering any.

Drana, the Last Bloodchief – Also near $10 but offering an intriguing but conditional build-around. A Limited backbreaker but underpowered in Commander, this price is just too high.

Jace, Mirror Mage – You can find this as low as $12 to preorder, and that’s intriguing. I don’t like that he can’t affect the board at all, and the most logical play pattern is to use his scrying/his duplicate to draw lands so as to minimize the loyalty lost. That’s consistency, which control decks love. I have trouble seeing this as a $20 card though.

Nahiri, Heir of the Ancients – In the $8 range because this is too fair a planeswalker. The plus makes a creature, which gets a free equip but it needs to already be in play. Too bad Colossus Hammer is rotating out! I think this price is spot on, as RW equip decks in Commander will keep the demand just high enough.

Nissa of Shadowed Boughs – What’s not clear is where this Nissa fits. Yes, she wants to reanimate something with her minus, but how did the creature get into the yard to begin with? And again, this isn’t global reanimation, but limited to the amount of lands you have in play. Thoroughly deserving of the $10 she’s at, and likely to tumble.

Omnath, Locus of Creation – This is super neat, and capable of some truly nasty turns. Of note, though, is the ‘draw a card’ rider just for playing a 4/4 for WURG. The triple Landfall is great when you resolve it, and resolving the second trigger makes the third a lot easier. Needs a lot of help, though, and while I’m fully expecting this Omnath to cause some spikes in random cards, by itself it won’t be mega-expensive.

Sea Gate Stormcaller – For about $15, you can preorder a doublecaster mage. This is likely better than Dualcaster Mage, as you have more control and can go double if you’ve got the mana, but the utility of the card is heavily dependent on what your next spell is. Clearly your best-case scenario is Time Walk, but your choices in Standard are going to be difficult. I’m looking forward to seeing what sort of impact this has on other formats, though. Getting a double Thoughtseize seems pretty good, or a double Brainstorm? This doesn’t have flash, which is a drawback, but this is one of the cards I like most in the long term.