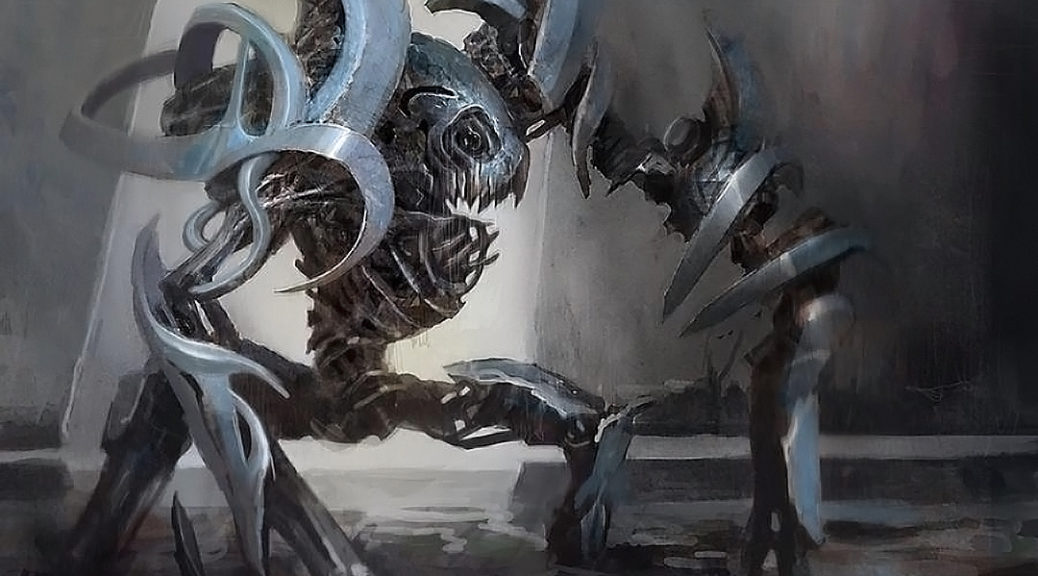 Between the rather lacklustre banning of Uro in Standard and the new Walking Dead Secret Lair, nobody seems to be particularly happy with anything Wizards are doing at the moment. Standard is still a mess, but other formats seem to be a lot healthier (except for Captain, which lasted all of a day, lol).

But people are doing absurd things with Omnath in Modern and Pioneer, and EDH keeps on EDHing regardless of Secret Lair cards, so let’s forget about the bad stuff for a second and focus on some really good spells.

The appropriately named “Uro Piles” decks in Modern have started playing the new Omnath, Locus of Creation that’s been ruining the Standard metagame since before Zendikar Rising’s release, and are really stretching the limit of what’s possible with their manabases. Even with Arcum’s Astrolabe banned from the format, we’re still seeing Omnath right next to Cryptic Command and Supreme Verdict…and all the while playing Field of the Dead and Field of Ruin in the deck.

To help with these (admittedly self-imposed) problems, people have started playing Hour of Promise – both to fix colours and power out an early Field of the Dead to start dropping Zombies into play. On top of that, the card is a moderately popular EDH card, currently in around 6k lists recorded on EDHREC – but the important thing to notice is that it’s being playing in 77% of Omnath, Locus of Creation decks as well as being a high pick for landfall strategies in general. This recent uptick in popularity in both casual and competitive formats has meant that foils have been draining out, and only a few remain now.

Foils start at $5 on TCGPlayer, but with only 12 NM listings (and only one of those with more than one copy), it won’t take much for those to disappear and a new floor to be set at $10 or $15. Major vendors are almost all out (go check CoolStuffInc though) except for a few LP copies, and supply isn’t too deep on MKM either. If you think you’ll ever want a foil one of these then I’d grab it now, because this is going to be $15+ in a few months.

Despite others’ excitement about it, I wasn’t fully convinced by Valakut Awakening when we first saw the card previewed. Everyone was saying it was a great one-sided Wheel effect, but I couldn’t help but imagine how many times you’re only going to draw a couple of cards with it. I’m happy to say I’ve come around since then though. I don’t think that comparing it to Wheel is very helpful, but if you take this as its own card it can be some pretty powerful card selection.

Anyway, the stats speak for themselves, and this is already one of the top EDH cards from ZNR. Red is generally lacking in card selection, and so being able to choose which cards you Wheel away whilst also having them back in your deck instead of in your graveyard makes the applications for this wider than Wheel of Fortune might be, especially seeing as it’s a one-sided effect. It’s far less of a combo or synergy card and more just good value. But I haven’t even talked about the fact that this is a land, too! Albeit a tapped land on the other side, this means that you can almost replace a land with this card in your EDH deck, which is many EDH players’ dreams – people hate cutting cards.

Only being found in Collector Boosters, EA foils are never going to have a glut of supply, and so especially with rares (as opposed to mythics) I prefer picking up the more premium versions here rather than the regular versions, which there are a tonne of and will move much more slowly. EA foils start around $8 on TCGPlayer, which seems pretty low for one of the most popular EDH cards from the set (7th on raw deck numbers). Give it 12 months and I can easily see this as a $20 card.

Despite only having been release two years ago (to the day, in fact), Assassin’s Trophy has climbed past a multitude of other EDH staples to become one of the most popular multicoloured cards played in the format. Clocking in at almost 24k decks registered on EDHREC, it makes the top 10 lists for both multicolour cards and Instants, earning its place among the best of the best. As well as this, it’s proved itself a solid roleplayer in competitive formats too, being played in a multitude of decks in Modern, Pioneer and Legacy.

Continued popularity and competitive applications mean that Assassin’s Trophy foils are creeping up and up, and I think it’ll be an easy train to ride along with. I don’t see this being reprinted too soon – it could show up in Commander Legends but I honestly doubt we’ll see it there. Barring a reprint there, the cheaper copies of this card are going to keep draining out until it’s $40 without anyone noticing.