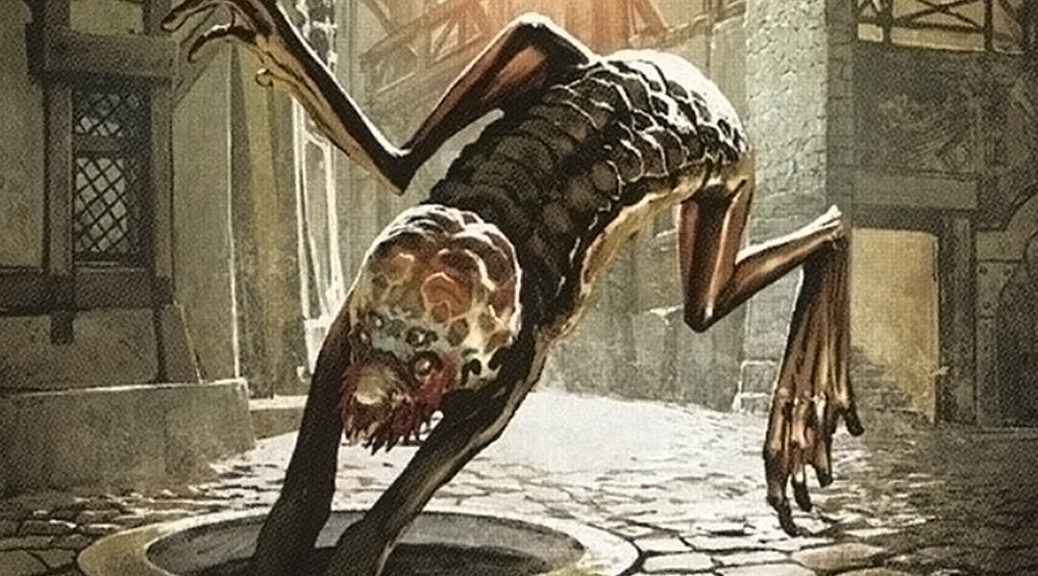 In the never-ending onslaught of product being fed to us by WotC, Commander Legends previews start today. We already know that we’re getting a LOT of new legendary creatures and planeswalkers here (71 new ones, to be precise), along with a tonne of “oft-asked-for” reprints as well. I’ve no doubt that we’re going to see some big hitters reprinted here – things like Imperial Seal, Mana Vault, Cabal Coffers; as well as some slightly less pricey crowd favourites like Rhystic Study and Smothering Tithe.

Today I’m going to be taking a swing at some great EDH cards that I don’t think we’ll see reprinted in Commander Legends. We may have already seen some cards previewed by the time I publish this article, so let’s hope I don’t screw it up eh?

I don’t want to be too ‘safe’ with my picks today, but at the same time I don’t want to go off the rails and pick a bunch of cards that are highly likely to see a reprint in Commander Legends next month. Having said that, I think that Narset’s Reversal is a fairly safe bet here, and I also think that this is going to be your last chance to get foils under or around $10 for a fair while.

This is a Remand and Redirect rolled into one, all for the low cost of only two mana – efficient and powerful; something that EDH players (especially blue mages) can’t resist. The EDHREC numbers back that up, with it being the second most popular card from War of the Spark on raw numbers (just a touch behind Narset, Parter of Veils), and polling sixth on percentage inclusion.

It’s worth noting here that WAR was the last set before WotC increased the foil drop rate in booster packs, so your foil Narset’s Reversals are going to be more rare than subsequent foil rares. TCGPlayer has some foils at $10, but not many copies before listings start hitting $15 and up. There are some cheaper copies if you take a look at the FNM promo pack foils, but supply on those is pretty low as well. Although it’s a popular card, I don’t think that this is enough of an EDH staple or household name yet to warrant a reprint in Commander Legends, and it’s not as if it’s a prohibitively expensive card, so it should be good for a little run yet. I can see foils hitting $20 within the 6 month mark, and could potentially go even higher than that before a reprint.

Commander Legends is giving us the second half of the cycle of Battlebond Duals, which come into play untapped if you’re playing EDH you have two or more opponents. I feel fairly secure in saying that they’re close to auto-includes in any two-or-more-colour EDH deck (budget allowing of course), with the only downside being that they’re not fetchable. The non-green ones (Morphic Pool, Sea of Clouds, Luxury Suite) have always been more popular, as those colours don’t have as much access to the easy ramp and colour-fixing that green is allowed to play with. Morphic Pool is the clear winner though, included in four thousand more decks than the next best dual from the set.

Original Battlebond foils of Morphic Pool are around $50 now, but the new foil Expedition versions from Zendikar Rising are priced down at $37. The Expeditions are assuredly the ‘better’ version, so one of these prices is wrong – and I’m willing to bet it’s the Expeditions. Supply is very low on original foils which does help to keep the price high, but if someone’s choosing between the two for their deck then almost all of the time they’re going to go for the cheaper foil with better art and a cooler border.

People are selling these to try and recoup costs from cracking Collector Boosters, but that $37 price tag won’t last too long. Collector Boosters are the only place that you can find the foil Expeditions, and although it’s a higher print run than normal the market on them isn’t really that deep: 48 listings on TCGPlayer and almost all are singleton copies. It’s basically 100% that we won’t see these lands in Commander Legends due to the other half of the cycle being in there, let alone with the Expedition frame – and I bet it’s going to be quite a while before we see another similar premium version of these lands. Morphic Pool is my top pick here, but Sea of Clouds and Luxury Suite are good hits too around $24 and $22 respectively.

You’d think that the Triomes from Ikoria take the top five slots for the set on EDHREC, right? Well, going by percentage inclusion you’d be right. But on raw numbers, Drannith Magistrate actually beats out all but Ketria and Zagoth Triomes, coming in at 6282 decks listed. I was fairly surprised by this, but it makes sense the more you think about it. There aren’t a lot of white decks that don’t want to be playing this card in EDH – it does a whole lot for a little 2 mana creature.

Aside from stopping people from casting their commanders (ya know, the whole thing the format’s about?) Drannith Magistrate also stops any kind of shenanigans with casting cards from graveyards or from exile (looking at you, Narset). That’s a powerful effect to bring to the table, and it might just draw out a removal spell whenever it lands, but if you can protect it then it’s going to put a spanner in the works of a lot of peoples’ plans.

EA foils are starting to run thin on the ground, down to 27 listings on TCGPlayer starting from $17. Again it’s mostly singleton copies, and so won’t take much to move the price fairly rapidly. Over in Europe you can still grab copies around $14, but supply isn’t exactly deep there either. I think that this is going to end up a relative staple for a lot of white decks, so don’t hang around too long on these – and if you want any personal copies then now is the time to grab them!