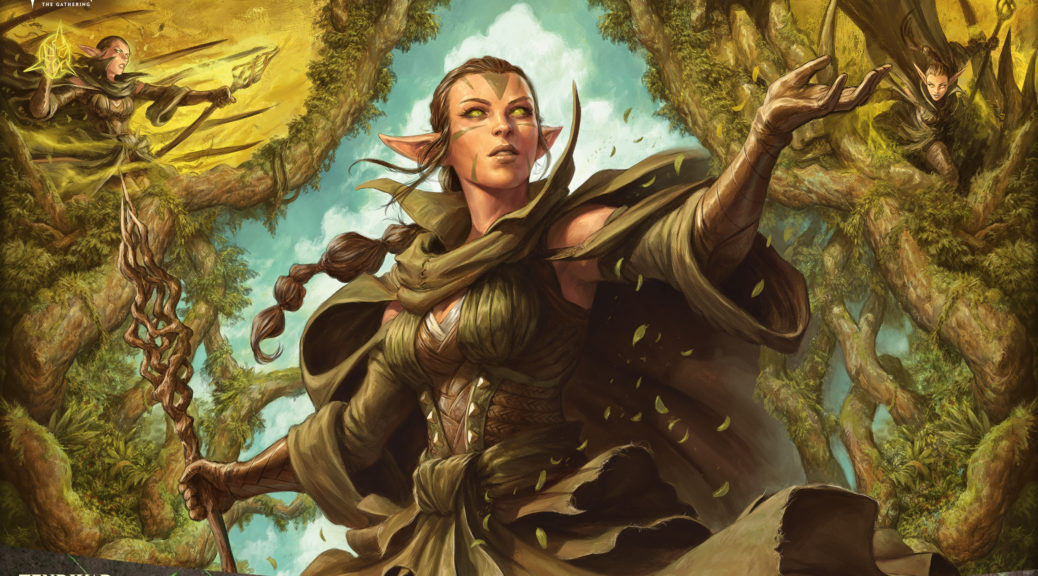 I’m a huge shill for EDHREC, a website you should and probably are using for MtG Finance research. I think I’ve spent the better part of a decade making the case for the site as a tool for financiers. It is not in my capacity as a shill that I come to you today with a technique you need to learn, however. No, I come to you today to help you get the most out of this tool by showing you something I do every time precons are released. We did technically get some new precons and while they’re Kirkland brand compared to the typical EDH precons we’re used to, they’re… kinda not that bad. They’re jammed with quality reprints that blew out some of my specs (who called Admonition Angel and Angry Omnath in a $20 deck? Not this guy…), Not only that, the commanders really aren’t that bad at all. This was a good way to make some commanders that work well with the set without having to worry if they were too good or too weird for Standard.

If you look at the page for Anowon, for example, you see the average list, which can be confusing. What on there was reprinted in the precon? How many of those cards are overrepresented due to the precon effect? It’s not super easy to figure that out, sometimes. Luckily, EDHREC doesn’t just scrape data, we analyze it a bit, and we compare the list of the precon to the average list after we have a few weeks of data and the cards that are missing from either list tells us a lot. If there are cards in the precon that are missing from a lot of the registered list, we can tell that people are cutting that card. If there are cards that show up in a lot of the finished decks that aren’t in the precon, we can tell people are adding the card. Like, this sounds obvious, but aren’t you glad someone is automating that process? When there is some data to look at, we generate a “Precon upgrade” page which says what people are adding and what people are cutting.

This page is full of useful information and while we might not have enough to do a full article treatment on, we can look at both decks to see if anything sticks out. Knowing that this tool is available is good for anyone who uses EDHREC data for speculating. Let’s take a look in depth.

It’s VERY basic. The categories are “Cards to Add,” “Lands to Add,” “Cards to Cut,” and “Lands to Cut”. It’s a lot to take in at a glance, but they did the favor of sorting it by the percentage of decks that either made the cut or addition. That means the top-left card, Reconnaissance Mission, was added the most. The first cards you see when you glance at the list are the most important and they get less so as you go on. That helps you figure out what matters quickly. If we’d done this sooner, we may have caught a few of these ships before they sailed.

The cards that were cut don’t matter a TON but they’re good to know. They’re not that relevant financially because “don’t buy this” isn’t as good advice as “buy this” and if you want advice, just buy the “buy this” stuff. If you have the stuff and want to get out because people aren’t playing it, well, it’s kind of too late because the card just got reprinted. I guess if you thought that it seeing play might bring the price back up, it’s good to be disabused of that notion (be kicked in the ribs as you cling to hope, the signature mood of 2020).

Let’s look at what’s getting added.

Not gonna lie, I missed this one and it stings. I touted this as a spec many, many moons ago and when it never went anywhere, I lost faith in my ability to assess Magic cards. What I should have done was reassess my ability to be patient and believe in myself. You’d think I’d learn that. If you listened to me when I said to buy these and didn’t sell them when you got bored of them doing nothing, congrats on the twelve-up. These are gone under $6 – don’t let Channel Fireball pretending to have them for $0.60 fool you – these are goneso.

Anowon and Zareth San both coming down at the same time gave a lot of people a lot of chances to play this and adding the Monarch to games of EDH is fun and a good thing. I liked a lot of the Monarch cards and it took them so long I figured I was just a Timmy and didn’t know anything anymore. Nope, just years ahead of the curve. Remember, there are no failed specs, merely longer-term specs. Ask Travis Allen about that one when he had to stop messaging me every 6 months to make fun of me for recommending people buy Clerics in like 2016.

We get to see what Thornbite Staff’s price would have done if it was a real card and not an illusory, obvious spec based on a Vannifar deck that never materialized. I suspect this hits $5.

Welp. Focused too much on the most-built EDH decks to catch this one before it was too late. I even wrote an article where I combined all of the Green decks into one deck. Should have combined all of the evasion creature Blue Black Rogues-matters decks into one. Congrats on the quadruple up if you caught this in time. I should really write an article every day for two weeks when a set comes out and then take 3 months off.

Ever wanted to watch a reprint get shaken off in real time? This returns to its former glory days of $5 and I was getting these in bulk from people who drafted Iconic Masters. Don’t sleep on Timmy cards, folks. Timmy has money and isn’t afraid to buy 4 copies of EDH staples for 63 card, unsleeved decks to play at a kitchen table. Timmy is my hero.

Got a feeling there will be some goodies in here, too. Green is an EDH staple color, so we may need to dig a bit deeper, but there are specs here, and maybe they didn’t all pop already like they did in Anowon.

This is a high price for a “secret reprint” card that was in the Dovin, Architect of Law Planeswalker deck. Yeah, bet you didn’t know about THAT! Try playing prereleases at a cool LGS who gives you Planeswalker decks as prize packs when you go 3-0. There are packs in those decks, you can sell the Planeswalker, you can sell the code so people can redeem the Planeswalker on Arena and you can get a free copy of this card and watch it creep up to $4 and stay there. A non-mythic rare with a reprint the same month it came out and it’s creeping up? This card is the truth.

Mystery Boosters did major harm to the perception of this card’s price but not to its demand. This will rebound and it will do so very precipitously and I will write in an article “This took so long I lost faith in my ability to judge when a reprint would be shaken off and I didn’t buy any of these” except I will probably buy some of these because this card is good as long as Green decks put extra lands into play, which is forever.

These are too cheap.

This card is insane and people are overlooking that fact. Anything that was considered for a ban in Standard can be $10 after a year or two of brisk EDH play, so sayeth 75% guy.

What do we think? Was it super useful to you to see cards people are jamming into the precons? A lot of them have started to go up already, making me think we’re onto something here. Join me next week where I’ll shill harder for a site I very publicly work for, which isn’t technically shilling since a shill is someone who pretends not to be affiliated and I’m not doing that but people used it wrong for so long that it just means whatever people want, like how the word literally can mean what figuratively means, also, because ultimately none of this matters, the sun is cooking our planet alive anyway good night. Until next time!