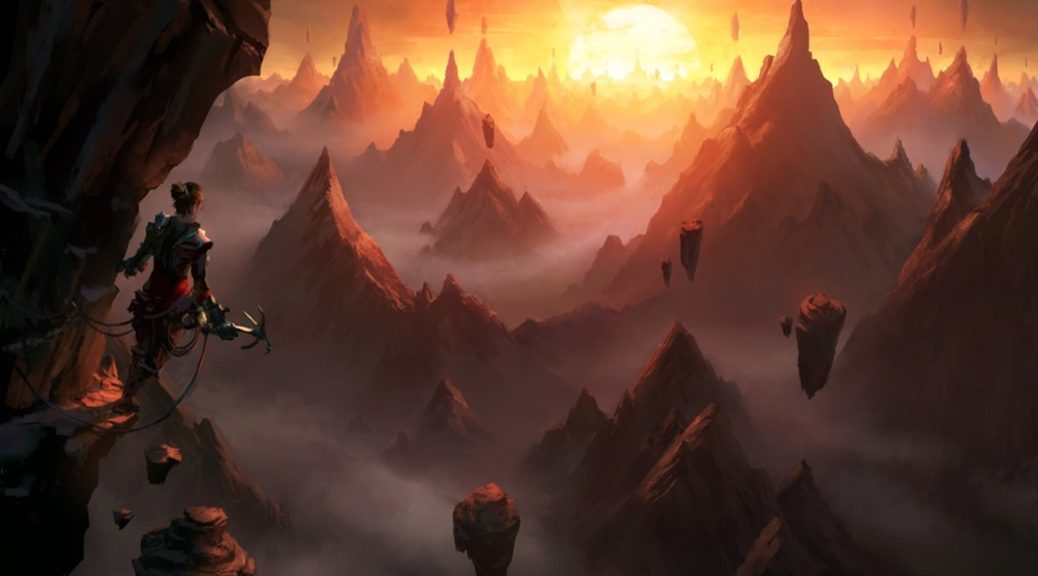 Yes, I realize we’re two weeks away from Halloween but I have a whole bunch of things I can’t wait to buy from Zendikar Rising. I tend to think of this as presents to my future self, because past Cliff is a very thoughtful and value-conscious person.

Some of these cards have hit their bottom, and others have a little farther to fall. Let’s get into it, shall we?

Agadeem’s Awakening (Extended Art Foil) – Currently available at $30ish, this is my favorite pick of the set. I’ve already put one into every Commander deck with black cards, and I’m hoping to get a playset for $100 before Thanksgiving. Of all the mythic double-faced cards, I think this one is the best for Commander, because it’s exactly what that format craves: An early land when needed, and a huge ten-mana overwhelming card advantage play late in the game.

These were preselling as high as $80, and while there’s janky ‘Oops! All Spells!’ decks in Modern/Historic/Pioneer, those are not going to drive the long-term growth of this card. I felt good about buying personal copies at $30, and I’d feel ecstatic if I could get in at $25 for this. Right now, there’s 43 vendors with NM copies on TCG, and only three of them have four or more. That’s not a lot of copies.

Turntimber Symbiosis (EA Foil) – You can get this for $27 or so, and it’s splashier than the black version, but this is a ‘get one card off the top’ versus ‘get a bunch back’ and I know where I’d rather be. This is better than a forest, clearly, and a good Commander card, which is why you should play it. Again, there are fun decks that work like a glass cannon and play this (especially this one and the red one, which can start the party with Manamorphose and its friends) but Commander is where the demand is. On TCG, there’s only one person with 4+ copies, so there’s a similar demand profile. I want to get a few of these for decks, and a few more for down the road.

Nahiri, Heir of the Ancients (Borderless Foil) – At about $8, I’m a pretty big fan of this. It’s the most chase version of a card that slots very easily into the R/W equipment decks out there. Doesn’t matter which Commander you have for the deck, it’s got red and white and therefore should have this card. You’re picking up a card that is awesome in a popular archetype for future gains in value. Thank me later.

Ruin Crab (Showcase Foil) – Right now, you can buy this for just under $2, and it won’t be that way forever. Mill cards are eternally popular, and luckily, this says ‘each opponent.’ Is it a tough sell in Commander to mill everyone out? Sure, but people are building Bruvac the Grandiloquent because we all have our dreams and we all have to chase them. This is a big big upgrade from Hedron Crab, and fits perfectly into the theme that people want to have. I’m hoping that these become cheaper by the end of the year, though I doubt they will fall as low as $1. At the first sign of an uptick in price, or when Zendikar Rising’s season ends, I’m jumping in.

Scute Swarm (Showcase Foil) – On TCG, these can be had in the $5 range, and for a card that grows at an exponential rate, that’s pretty sweet. There’s a lot of combos with a card like this, and while a horde of 1/1 creatures is pretty fragile, it’s also awesome. Commander is much more about the awesome than the effective, so i’m fully expecting these to start steady growth once they reach bottom. Five bucks seems like a good buy-in for a card that promises to be popular in decks that play lands.

Archon of Emeria (Extended Art Foil) – Also in the $5 range, this is more speculative. This is the card that control decks want to lay down, because that one-spell-per-person is a humdinger, letting you counter their single spell with a big grin. The nonbasic clause is a rough one in Commander, too. I can see this rising nicely over time, but this is one I am waiting patiently on. At five dollars this isn’t too appealing, but if it slides to $4 or even $3, I am much more interested.

Thieving Skydiver (Extended Art Foil) – For about $12, you can get the best thief of mana rocks since Thada Adel. Yes, you can steal a Mana Crypt, the kicker can’t be zero, not the artifact’s cost. It’s embarrassingly easy to snag an artifact in Commander with this. Feel free to yoink artifact lands, Signets, and any number of sweet artifact creatures. Do note that it only costs one mana to steal a Hangarback Walker or Walking Ballista either, and you’ll get a retweet from me if you show off that you stole a Colossus of some kind.

This being $12 already indicates that people are clearly playing the card, preventing extras from going into circulation. Please note that it’s no good with flicker effects, but if you’re playing Crystal Shard or other self-bounce, you’ll be in heaven.

The Expeditions (foil and nonfoil) – I don’t think you should be buying these yet. They are cheaper than they were a month ago at premier and we haven’t gotten to max supply. If you want to get personal copies, I’m for that, but I think that just about all the Expeditions haven’t reached max supply. Wizards is behind on a lot of its orders, as we see with Commander Legends, and that tells me not to buy yet.

The right time to buy in quantity is not quite yet. I would respect if you saw the downward line and decided to nab a playset or two, but recognize that you’re not at the bottom of the valley yet. There’s too much unopened product out there and too many other places for fetchland announcements.