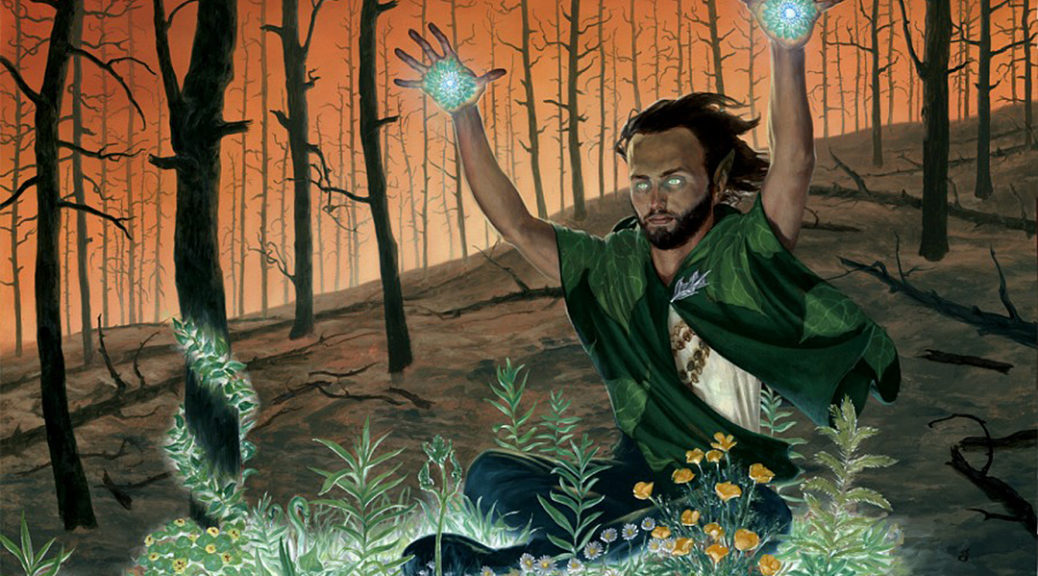 Modern Horizons was released a little over a year ago now, and despite a few problematic pieces in the set, I think that WotC really hit it out of the park with this one. We’ve seen it produce some great Modern staples as well as giving us a bunch of cool new EDH cards, and I for one am pretty excited for Modern Horizons 2 next year.

Since Modern Horizon’s release, Generous Gift has climbed all the way up to be the 8th most popular white EDH card of all time. White has always had its fair share of creature, artifact and enchantment removal, but dealing with other problematic permanents has been a source of trouble for quite a while. White getting its own Beast Within effect is a huge step up for the colour, being able to neutralise Planeswalkers and lands alike at instant speed, and probably clear up the leftover Beast with a Wrath or something later on.

Despite only being an uncommon, this card is so popular that foils are already sitting at $9 with not a lot of supply around. There are 24 listings on TCGPlayer, and a few of the major retailers have some stock as well. Over on MKM these can still be had for around $6, but there aren’t many left at that level before the price starts to climb. I doubt we’ll be seeing this in Commander Legends, and so without a reprint on the horizon (hah), I think that these foils could hit $20 within the next 6-12 months.

I think the consensus on these cards is to call them Horizon Lands rather than Canopy Lands, but either way you probably know what I’m referring to so it doesn’t matter too much. Regardless of naming conventions, they’re super popular in both EDH and Modern, with Waterlogged Grove and Nurturing Peatland clocking in at around 11k EDH decks each. The red lands have been the most prolific in Modern, with Fiery Islet and Sunbaked Canyon being utilised by a wide variety of fast red decks to smooth out their draws and prevent flooding.

Despite being the least used in EDH, Sunbaked Canyon is the most expensive of the duals here due to it being the most heavily used in Modern. Burn and other red decks have been playing four of them pretty much since it was printed, meaning that the foils are leading the pack in front of the other colours. Pricewise, Silent Clearing is bringing up the rear as the second least popular in EDH, and despite a smattering of Modern play is way down at $24, a big jump from the rest of them.

I think that Silent Clearing is secretly the best pick here; 1-2 copies are often played in Modern Humans, and D&T playing four copies of the card has started doing quite well in Modern recently too. I don’t think that the gap between Silent Clearing and the rest of the Horizon Lands will hold that way for too long, and I think all of these are going to do well. It’s almost certain that we won’t be seeing them reprinted in MH2 next year alongside the fetchlands, and so I can’t think where we’ll see these lands again for a while.

Finishing off today with a more niche card, but one that could become a lot more popular in the not-so-distant future. We already know that we’re getting a full Vampire set next year in the form of Innistrad Vampires (along with Innistrad Werewolves as well). In light of that I’m planning ahead (a bold strategy I know) and having a look at what Vampire and Werewolf cards we could pick up now to sell into the hype later on.

Cordial Vampire is a pretty powerful one from Modern Horizons, pumping up your whole team for any creature dying, not just your own. I’m mainly looking at this from an EDH perspective, but maybe there could be a Vampire deck viable in Modern next year? If D&T is topping the tables again, anything is possible. Anyway, this is in around 3k EDH decks so far, obviously being played in all the Vampire tribal decks – Edgar Markov, Drana etc.

Foils have been drying up below $10, and there are only 19 NM foil listings on TCGPlayer at all. I think that these are a very easy $10 by this time next year, and I’d also be on the lookout for other Werewolf and Vampire cards that you can sell into the hype during preview season for the new Innistrad sets.