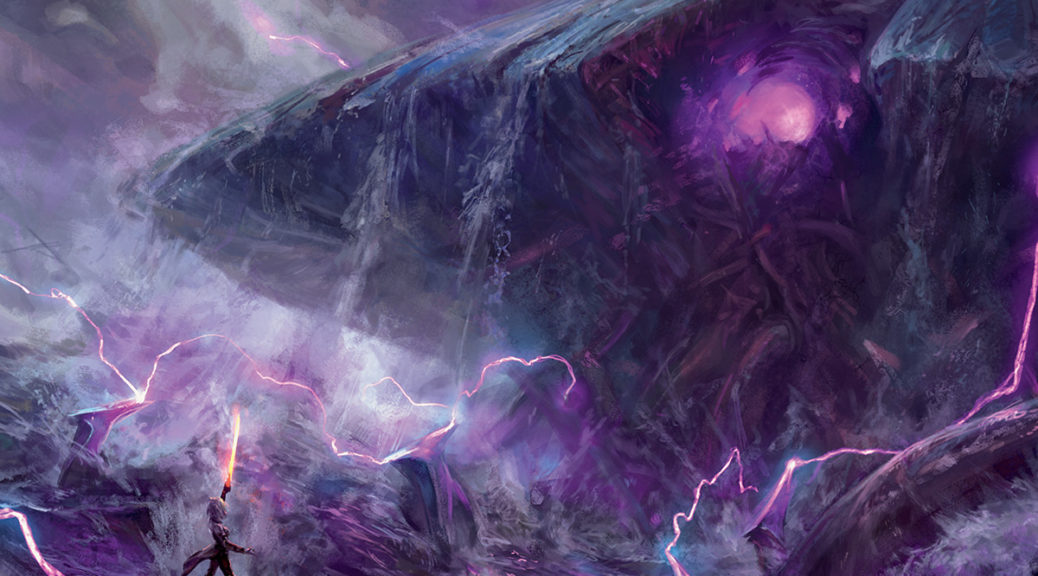 Yes, we are neck-deep in Zendikar Rising (The Age of Omnath?) and we’re getting Commander Legends previews starting soon.

It’s crazy that we’re getting those previews even though the set itself is delayed a bit. It’s going to be a super frantic period, as all the legends cause all sorts of spikes and drops. Be prepared for that.

However, there’s a different set of opportunities available to us right now: Double Masters is probably near its bottom, now that we are two months past the release. A lot of the value is in the VIP boosters, the Box Toppers in foil and nonfoil. A lot of the future value is yet to be gained, though, and that’s because these are reprints of staples that will go back up.

It’s time to buy low, before we sell high.

Remember that this set has double the rares, two per pack, and two foils per regular pack. I’m going to focus on the nonfoils for a specific reason: I hate storing large quantities of foils due to curling. The prices of foils and nonfoils have become very close, thanks to the increased foil drop rate and the high-end focus on Extended Art and Box Toppers. If you’d prefer to focus on foils, I don’t think that’s wrong, I just have my preference.

One more caveat that applies to all of these: Commander Legends is likely to have some of these as well. Since these are staples, there’s a chance to buy in when the price is even lower! The other case is, if it’s not printed, then it’s going to go up quickly as people build new decks.

Cyclonic Rift ($17) – This was $40 earlier in the year, and might hit $10 if it’s reprinted again this year. I hope it does, because that’s super easy money. This is as staple as staple gets, being in 40% of decks that can run it, 82,000 decks registered online. I don’t think I need to tell you how good it is. The card was $5ish for the longest time, thanks to regular reprints: Commander 2014, Modern Masters 2017, and now Double Masters.

Cyclonic Rift is a very good Commander card that can’t be reprinted enough for the demand that exists. Just about every blue deck ought to run it, and most do. You have to decide what you’re going to do, though, before we find out about if it’s in Commander Legends or not: prepare to buy at this price, or prepare to buy in around the first of the year. Rift was never a mythic, always a rare, with regular supply injections. It’ll hit $40 again eventually.

Mana Reflection ($10) – First of all, there’s about a $10 gap between the Shadowmoor version and the 2XM version. It’s not the old frame, so that’s purely price memory. Secondly, there’s a big gap between cards that do the same thing when it comes to EDHREC:

I’ll give you that the card draw is a big game when is comes to Zendikar Resurgent, and yes, Wake is one mana less, but for the longest time Mana Reflection just wasn’t available for under $30, and that put a damper in the number of people who added it to decks. Wake and Resurgent were very good and loads cheaper. Mana Reflection is a very good card, and one that people will start adding to decks now that it’s cheaper, but it won’t stay there for long. Remember that this doubles the output of all your permanents, where the other two enchantments are just one extra mana for lands only. A card that was this limited in supply is expected to take a dive, but once it’s featured someplace, it’ll at least climb to $20 and match the original printing.

Doubling Season ($40) – Let’s look at a graph, which shows how resilient this card is to reprints:

Every time this has been printed, it’s made a comeback. I’d understand if you didn’t want to spec on the card, given that it’s a $40 buy-in, but what you should do, at the very least, is get the copies you’ll personally be using. Now is a good time to get in on the Box Topper in foil or nonfoil, if that’s an art/style you prefer. I like the regulars because it’s still a mythic and it’s the cheapest copy of an effect you can’t get anywhere else. Grab the ones you need, plus one or two, so that when you build a new deck you don’t feel dumb paying an extra $20.

Walking Ballista ($8) – Let’s see, I wonder if a Secret Lair printing and the 2XM printing at once affected the price:

Oh look, it’s a glorious buying opportunity for all of us. It’s up to you if you prefer the Secret Lair art (I gloriously do, but to each their own) but you can snag this for $8 when it was $25 at the beginning of the year. It’s an easy way to deal infinite damage off of infinite mana, but it’s also good with a lot of other synergies. Being in 14k Commander decks online helps a lot with that.

Again, I like picking up the cheapest versions, but you can raid TCG for the Secret Lair versions that are under $25. That seems quite solid to me as well, considering that the initial rush had these as high as $60. Patience, as always, pays off in Magic finance.