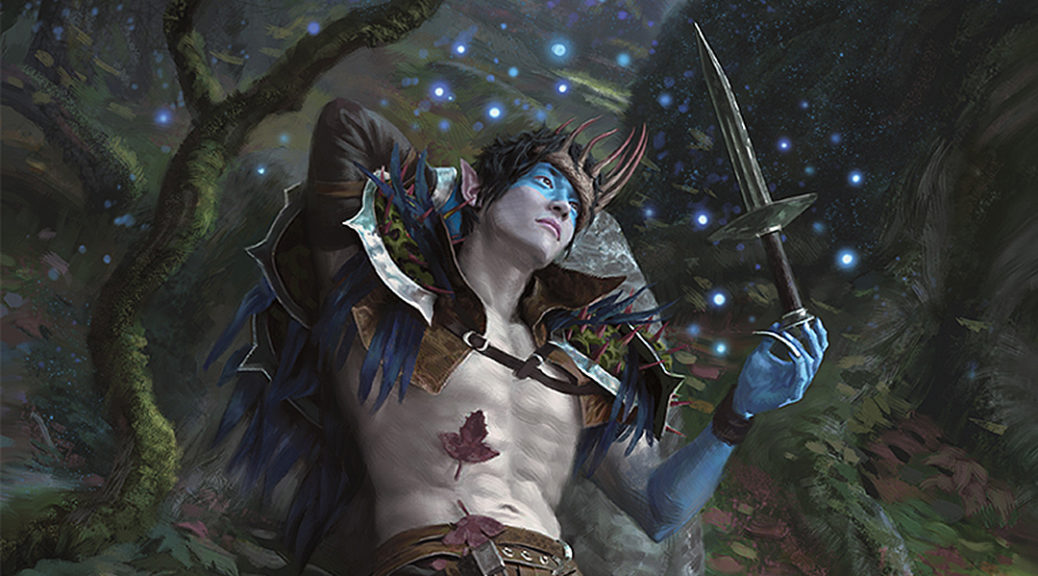 My cheeky title today is a sort of roundabout way of saying that just because a card gets banned in a format, doesn’t mean that all hope is lost for it in terms of speculation or financial interest. We’ve seen plenty of cards banned in various formats only to flourish in others, and EDH is generally an excellent backstop to hold up demand for cards that get banned out of the more competitive formats. There are plenty of cards I could talk about here, but some are better than others…number 3 will surprise you!

Everyone was undeniably excited to brew with the latest incarnation of Omnath when it was previewed for Zendikar Rising, but it quickly became clear that the card was just busted in half in the Standard environment it was in. Combined with Lotus Cobra, Uro and Escape to the Wilds it was just an infinite value engine that could not be outmatched, and everyone knew it needed to be banned. So of course, Wizards banned Uro instead! A classic move. Then after a couple of weeks of selling more ZNR packs, they actually banned Omnath out of Standard (and Historic and Brawl, but whatever), along with Escape to the Wilds and Lucky Clover.

But enough story time, I’m supposed to be telling you why you should buy this card. If you head on over to the MTGGoldfish page for Omnath to have a look at what decks it’s being played in, you might expect to see it dominated by EDH play. But you’d be wrong! Omnath is being bandied around in multiple different Modern and Pioneer decks, and has even shown up in Legacy decks as well. Neat. It is also, of course, the most popular commander built from Zendikar Rising, and that’s going to help things along nicely too.

Now normally, Showcase cards aren’t the best picks to be buying compared to say, Extended Art cards, because you can find Showcase cards in regular packs which makes them a lot more abundant than EAs. However, Omnath is a Mythic which means much lower supply than a rare, for example, and his popularity has really suppressed supply. Compare it to another Mythic Showcase like Moraug, and you can see that TCGPlayer has nearly double the listings for Moraug as for Omnath, with Omnath sitting at almost twice the price.

With prices for Omnath starting at around $30, almost all the vendors just have one or two copies in stock and the price ladder isn’t too shallow. With the plethora of play that this card is seeing across so many different formats, I find it hard to believe that this won’t be a $60 card down the road.

Walking Ballista (Foil) (No, Not The Secret Lair One)

Honestly, it was a tragedy that Walking Ballista got banned out of Pioneer. Walking Ballista died for Heliod’s sins, it’s just the truth. Heliod hasn’t done anything relevant in any format other than being part of the infinite combo with Walking Ballista, whereas Ballista is a really sweet, powerful-but-not-broken card that was a huge boon to the Hardened Scales deck in Pioneer, and Wizards went ahead and banned it anyway so they could sell their Theros packs with Heliod in them. I think we’re starting to see a pattern emerge here don’t you?

Despite that, Walking Ballista is still a relatively prevalent card in Modern, heading up the various iterations of the Counters Company deck and also being an integral part of regular and Eldrazi Tron decks. There are relatively few surprises if we head over to the EDH side of things, with it being included in over 15k decks listed on EDHREC, varying from the cEDH side of things all the way down to much more casual decks.

Onto versions: I really wanted to pick the Secret Lair foils here, because it’s the only ‘different’ version of the card – but I really just don’t like it that much. I think it’s inferior art to the original, prices are already much higher than I’d like and there’s a glut of supply. No thanks! Instead I’m looking at the Double Masters foils. As I and others have said before, now and heading more into the holiday period is a good time to be picking up Double Masters cards, and this is no different. Original Æther Revolt foils are around $23 and up, so grabbing 2XM foils at $14 seems pretty great to me to catch up quickly. After that, I think there’s a good runway on the card – original foils were close to $50 before the reprint and given 12-24 months without another reprint, I can easily see this getting back over $30.

WELL ACTULLY NARSET ISN’T BANN- yeah I don’t care, she’s restricted in Vintage and that’s good enough for me! I don’t need to spend long on this one because we all know that Narset is an incredibly powerful planeswalker who sees a decent amount of play in pretty much any format she’s legal in, as well as being the most popular EDH card from War of the Spark (that’s 25k decks thank you very much).

The alternate art Japanese copies are already through the roof here, but the next best thing is probably the stained glass versions that came as bonus cards in Secret Lair products. I think I’m correct in saying that we’ve hit the end of the stained glass planeswalkers now, meaning that the already dwindling supply on the more popular cards is unlikely to be restocked any time soon.

These start at $30 on TCGPlayer but there are very few copies that cheap, and the ramp is another steep one with only 26 listings to play with. Considering the fact that I don’t think this is getting reprinted or restocked any time soon, Narset looks like she could be up over $60 within the next six months or so, possibly even reaching higher than that. The demand for the card is huge, and people that want flashy cardboard but can’t quite justify spending $400 on the JPN alt foils are definitely going to spend their money on this one instead.