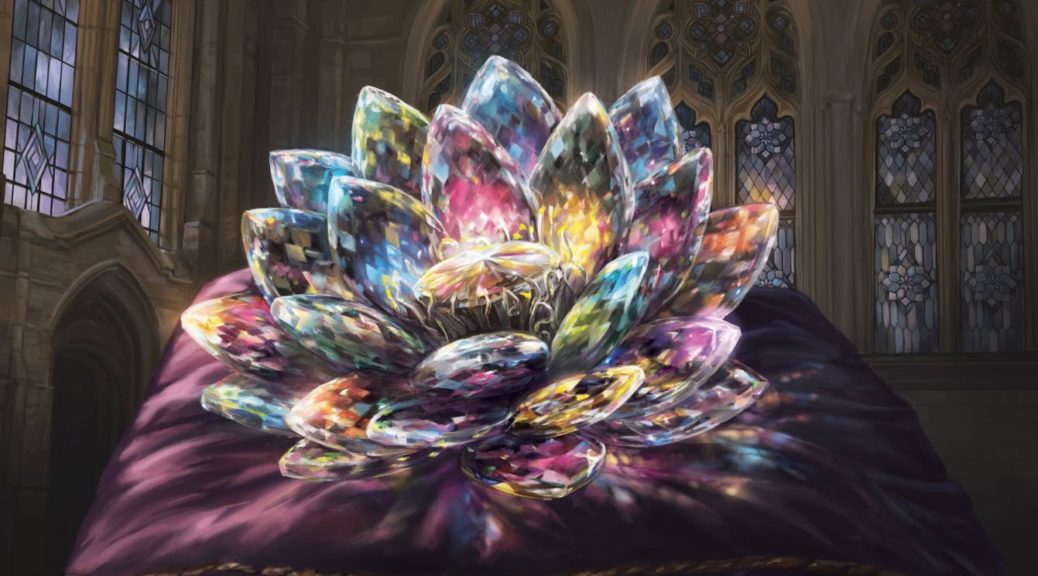 One of the most frustrating things for Magic: The Gathering fans in recent years has been the frequent printing of foil Magic cards that seem especially prone to curling beyond the point where they could feasibly be tabled, especially for competitive play.

The hyper popular set Commander Legends is a fantastic Magic set, full of staples both new and returning.  It’s full of EDH staples and the new etched foils for the commanders look great in my opinion.  However, there is a common complaint about the quality of certain CMR foils, specifically the standard foiling on regular and extended art cards. The major problem is that CMR foils can become dry and curl, especially if you live in a low humidity climate, home or place of business, turning your new cards into the shape of Pringles.  Fortunately there is a technique you can use to revive your curled foils that takes only a few minutes of effort and a little patience.

To uncurl most foil Magic cards you’ll need to raise the moisture of the card which you can do in a homemade “hydration chamber”.  The technique is straightforward:  create a small space with high humidity to rehydrate the card, remove it, then flatten it overnight to reshape it.

Do keep in mind that foils placed in a higher humidity than they were manufactured will tend to curl in the opposite direction to those which are moved to a dry environment. Cards in this condition require a different technique to dry them out (and is a topic for another article).  You can tell which technique you need by the way the card is curling:  if the sides of the card curl away from you when you’re looking at the front of the card it needs to be hydrated, not dried out.

Here is a solid starting point for most rehydration operations:

Here’s a quick video of what my hydration chamber looks like:

After this method and a night under a heavy book your foil should be as flat as the day it was printed!  Now get it into another sleeve and into a perfect fit sleeve, penny sleeve and a hard plastic toploader so it stays that way.

Major thanks to fellow ProTrader Alexis who suggested this technique!

2 thoughts on “How To Fix Your Dry Curled Magic: The Gathering Foils”